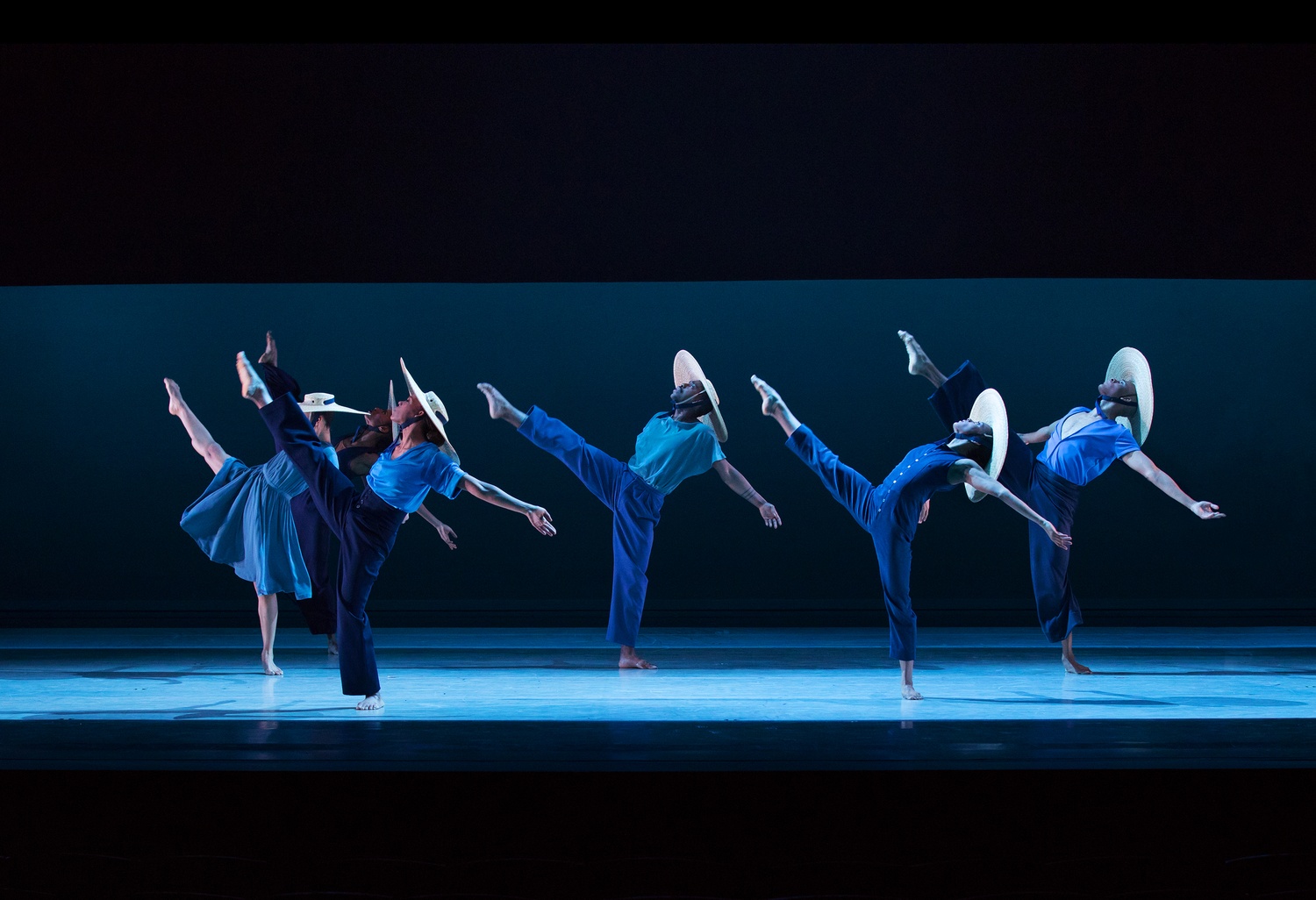 For one moment on March 22, the Boch Center Wang Theatre in Boston resembled a church on Sunday morning. The audience members stood on their feet, exuberantly chanting the religious refrain “Rocka My Soul in the Bosom of Abraham” and dancing from side to side. On stage, members of the critically acclaimed Alvin Ailey American Dance Theater company finished their final dance and waved goodbye with a smile.

The New York-based company, which celebrates its 60th anniversary this month, arrived in Boston for five performances from March 22 to 25. With four pieces from different time periods, the show provided living proof of the long journey that the company—and the country—has traveled in the past six decades. In 1968, the company was just a small group of seven black dancers, led by Ailey; today it is is one of the world’s most preeminent and celebrated modern dance ensembles, often referred to as America’s “Cultural Ambassador to the World.”

The performance on Thursday started with “Members Don’t Get Weary,” a recent piece from 2017 choreographed by Jamar Roberts, a veteran dancer with the company. When the lights came on, the mellow sound of a saxophone filled the theater. The dancers, wearing wide straw hats, repeatedly reached their hands towards an unseen horizon. Defined by the choreographer as “a response to the current social landscape in America,” the piece shifted swiftly from moments of profound pain to moments of powerful solidarity. Its soundtrack, composed by the American saxophonist John Coltrane, infused the movement with rhythm and life.

The next piece was “The Golden Section,” which was choreographed by Tony award winner Twyla Tharp and premiered in 1983. The Ailey company first performed it in 2006. Set to a new wave rock score by David Byrne and featuring dancers wearing all gold, it provided the perfect 80s experience, an interesting contrast to the first piece. It was a memorable performance full of joy and buoyancy, composed as an 18-minute-long sequence of upbeat leaps, swirls, and turns.

Following an intermission, the highlight of the performance began: “In/Side,” a heartbreaking male solo performed by Samuel Lee Roberts and choreographed by the company’s artistic director, Robert Battle. It was one man’s journey through the labyrinth in the depths of his troubled soul, set to the moving sound of Nina Simone’s version of the Oscar-nominated song “Wild is the Wind.” Over the course of only eight minutes, Lee Roberts explored with his body a spectrum of emotions: He jumped, span, ran away, hid, rose, and fell; he was tormented and elevated, rejected and accepted.

The evening culminated with “Revelations,” choreographed by the company’s founder, Ailey. Widely regarded as Ailey’s all-time masterpiece, “Revelations” has become a cultural phenomenon. Even though it was originally created during the civil rights movement, the piece hasn’t lost its relevance; it is not less poignant in 2018 than it was in its premiere in 1960. It celebrates the richness and the beauty of black heritage, which has been so often underestimated. Ailey himself described black art as “sometimes sorrowful, sometimes jubilant, but always hopeful.”

In their meticulous, inspiring ensemble work, the dancers created a dazzling vision of faith and optimism. At 36 minutes, “Revelations” encompassed a variety of colors and atmospheres. The soundtrack mostly consisted of religious refrains, but included a wide gamut of rhythms and voices, from the angelic “Fix Me, Jesus” to the pounding “Wade in the Water.” Over the constantly shifting movement and sounds hovered one uniting spirit—that of Ailey, who worked diligently to democratize modern dance and make it more accessible to underprivileged communities. “Dance is for everybody,” he said famously. “I believe that it came from the people and that it should always be delivered back to the people.”