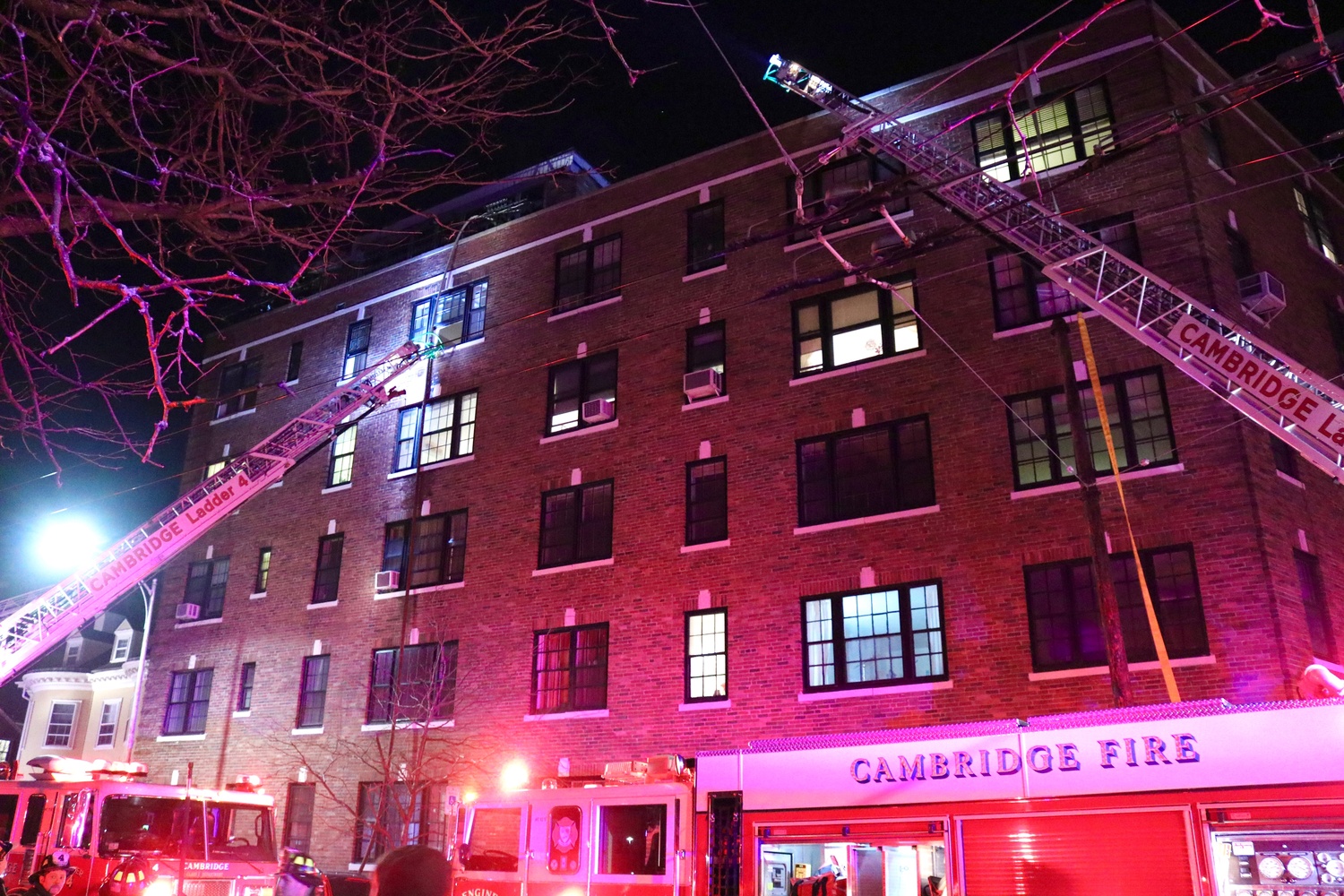 A three-alarm fire broke out Monday evening at 50 Follen St., an apartment building occupied in part by Harvard graduate students, and raged for roughly half an hour before firefighters were able to stop the blaze.

“I’d say the fire was pretty well knocked out about 20 to 30 minutes into it,” Mahoney said at a press briefing at roughly 10:30 p.m. Monday. “This is something these guys and girls train on. They drill constantly.” 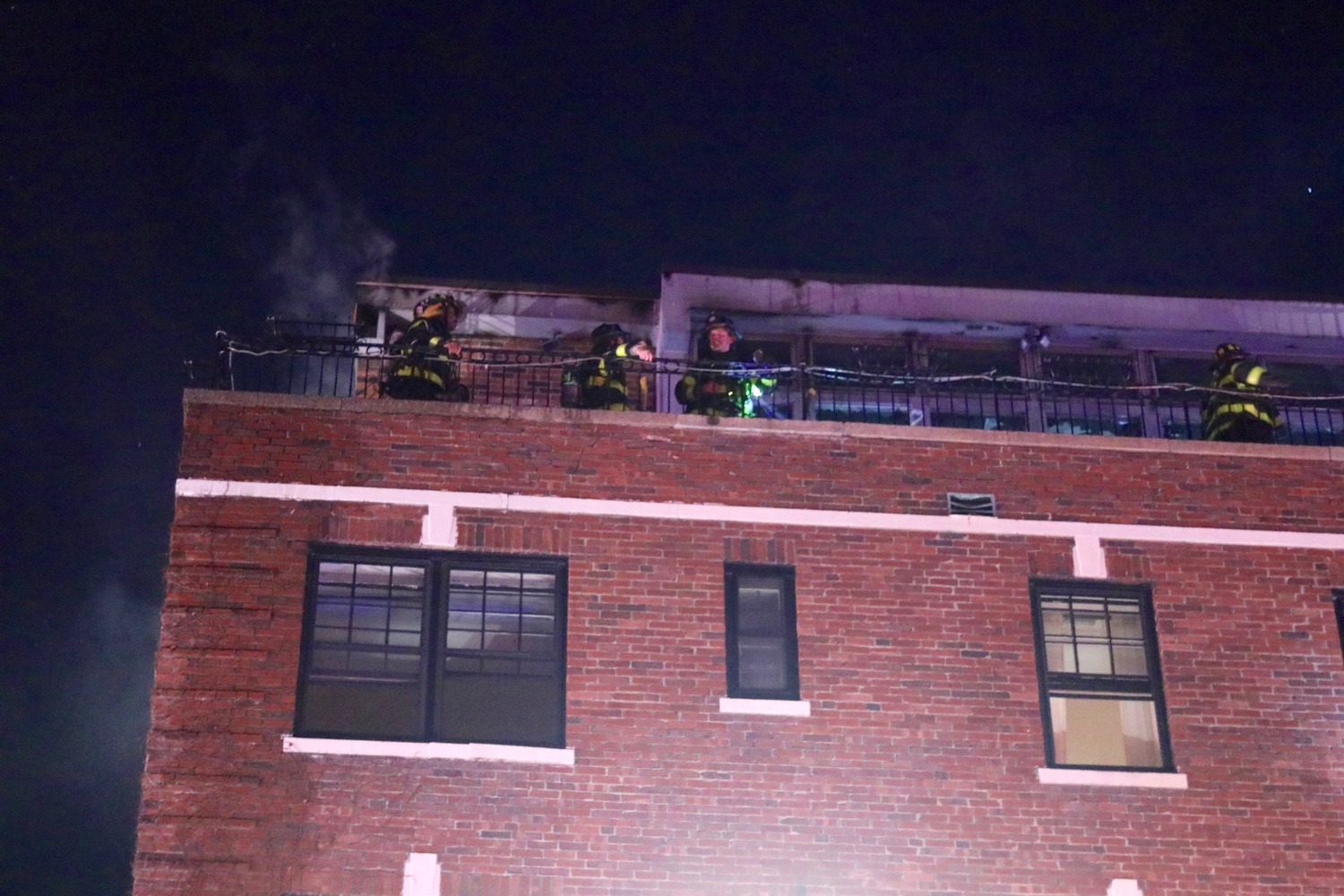 Mahoney said the fire caused no injuries and that every resident of the building was “accounted for” as of late Monday evening. He said the blaze remained confined to the top floor and called resultant damage to the penthouse area “quite significant.”

As a result of the fire, roughly 10 units—out of a total 96 units housing over 200 occupants—are uninhabitable at least for Monday night, according to Mahoney. He said the cause of the fire is still under investigation, though the department’s understanding as of Monday night is that the blaze probably started in the penthouse area.

Mahoney added the fire department is currently working with Cambridge’s emergency management office as well as the Red Cross and utility companies to ensure those ten units come “back in operation” as soon as possible. 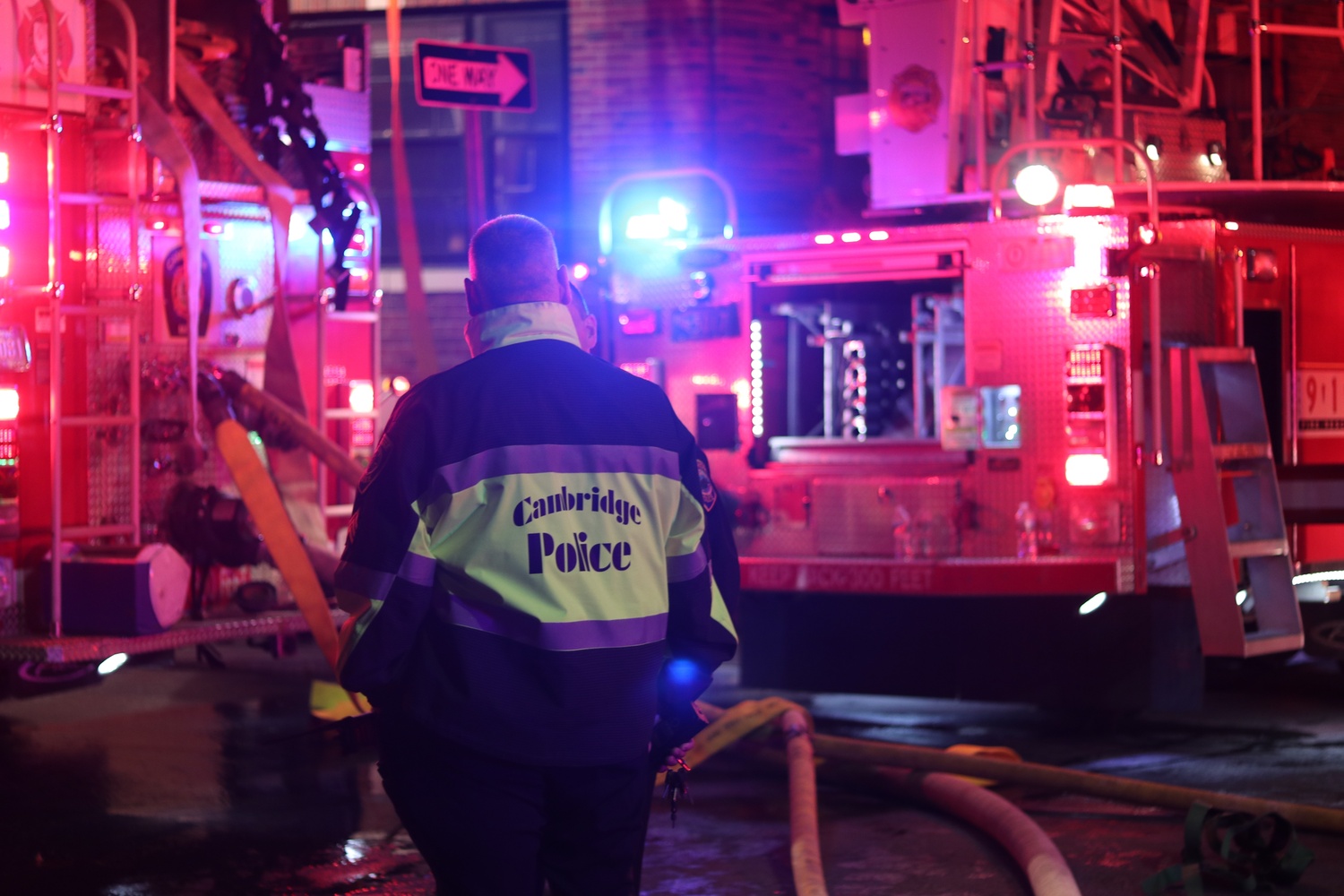 The fire chief said he expects the displaced owners of the 10 damaged units will be able to find housing for the night at local hotels via arrangements made through the Red Cross. Mahoney added he was unable to estimate the likely cost to repair damage caused by the fire.

As of roughly 9:45 p.m., no fire was visible from the street, but many firefighters remained, some of them working atop the roof of the building. At least ten fire trucks had arrived at Follen St. around that same time.

Three alarms had been ordered for the fire as of roughly 9:15 p.m., according to the Twitter feed of the Cambridge Fire Department.

Bystanders at the scene said they were surprised to see the fire break out.

“My first reaction was that it’s one of the other false alarms so I just ran out, kind of reluctantly,” said Artan Sheshmani, who said he lives on the third floor of the apartment building that caught fire. “It’s a rare incident but it was a good opportunity for us to see how friendly people in the neighborhood are.”

Sheshmani said that, as soon as residents began to exit the apartment building to huddle together on the street in the “freezing” cold, nearby neighbors came to help.

“This jacket is actually not mine, someone called Deborah gave me this jacket,” he said.