Betrayals in ‘Stolen Hearts,’ a Ballet at Jose Mateo 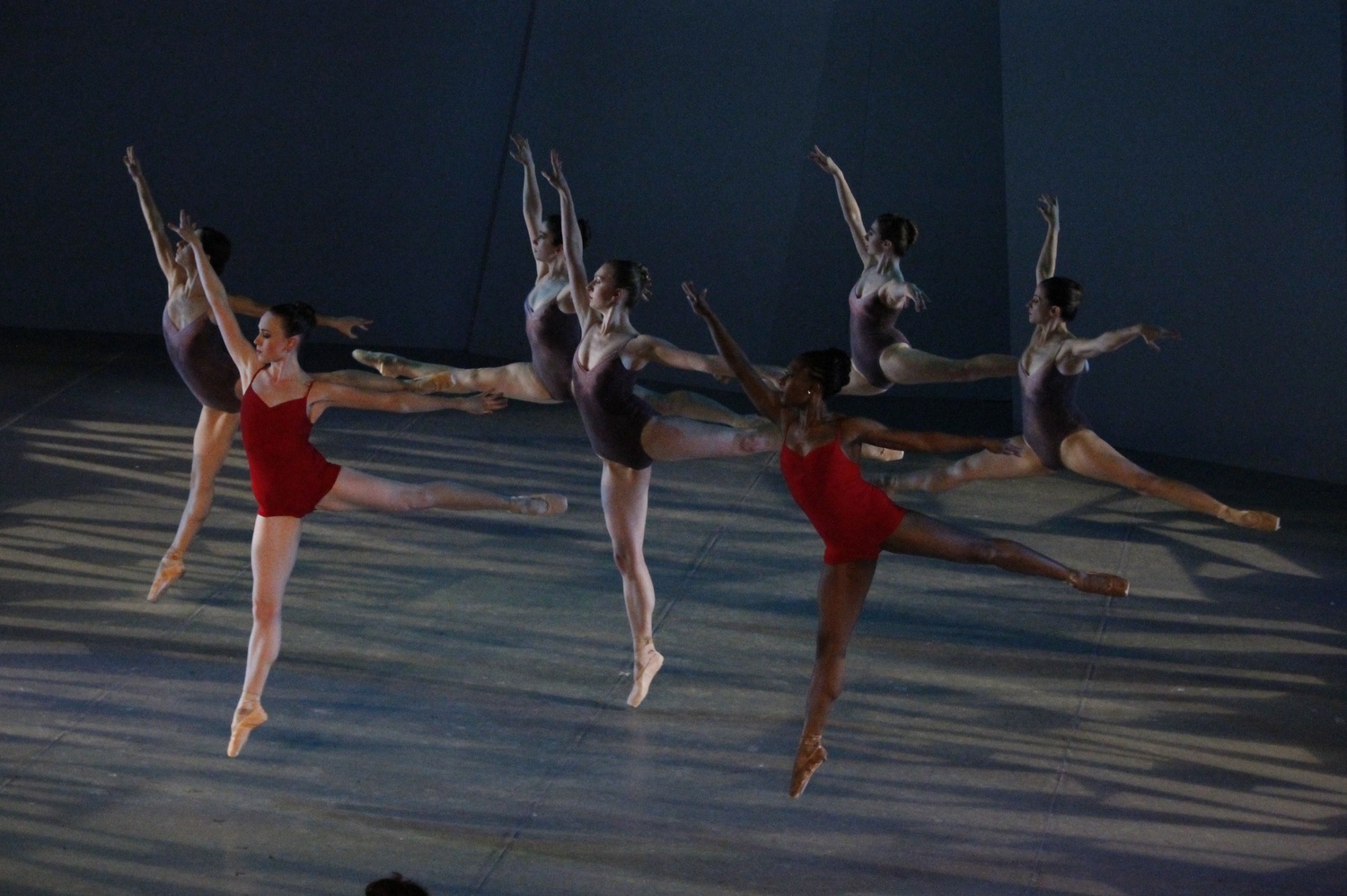 As the weather turned from heavy rain to light flurries of snowflakes on March 2, the Jose Mateo Ballet Theatre dancers bourrée-d through a program that started with heavy “Affairs” before progressing into lighthearted “Released.” These two dances, along with “Time Beyond Time,” formed the triad of “Stolen Hearts,” the company’s spring program. A display of solid technique and evocative choreography, interwoven with beautiful and probing music, created an intimate and jaunting night at the Sanctuary Theatre on Harvard Street.

With no clear distinction between the dance floor and the audience seating, the theatre is an open and vulnerable space for dancers, drawing attention to imperfections but also highlighting breathtaking feats. The miniature slips and jump landings sounded louder than in a traditional theatre, yet the dancers’ bodies and athleticism, as well as their facial expressions, are clearly accentuated in the space.

The first number, “Affairs,” opened with Magdalena Gyftopoulos in a simple grey chiffon slip dress, shimmering under the light as she passéd nimbly on her toes and stepped across the stage with a lost look on her face. The music, “Affairs of the Heart (Concerto for Violin and Strings),” composed by Marjan Mozetich, flowed like water in the beginning with the a rhythmic chord in the background, accompanied by blue lighting and a backdrop reminiscent of waves. Spencer Doru Keith shined as the heartthrob of the “Affairs,” exuding charm in his technique, entangled with multiple lovers. Through different pairings of dancers accompanied by a small ensemble of corps dancers, clad in beautiful colors, an abstract story of infidelity and betrayal unfolded. The choreography in the pas de deux sections sparks a chemistry between the partners, along with tension and doubt.

“Time Beyond Time” proved to be the most moving piece of the evening. Oliver Messiaen’s “Quartet for the End of Time” rung eerily, but Mateo’s choreography suggested a more “Alice in Wonderland” narrative than a haunting story. The dancers struck poses synchronized with the piano’s jaunting sounded, seemingly setting up the ballet to be sharp and precise. In the second movement, however, Madeleine Bonn performed in a dream-like trance with slow partnering and strong lifts by Stephen James, suspended for impressively long seconds. As the corps fell into sleeping positions and awakened disjointedly, Bonn embraced individual dancers. The ending felt abrupt and confused, reflective of the tone of the piece, as James carried Bonn to a sleeping position with the closing chords.

Despite the emotional dancing timed to the enrapturing music, the wardrobe of “Time Beyond Time” missed the mark. The lavender leotards on the female dancers were splotched with a gradient v-neck in delicate hues, but the resulting effect looked more like sweat stains than watercolor.

Vibrant blue leotard-dresses complemented the performance much more in the last piece, “Released.” Set to Ferruccio Busoni and Johann Sebastian Bach’s “Concerto for Keyboard & Strings in D Minor,” the closing piece was the most standard Neoclassical ballet amongst the three. It started out with traditional steps, and the dancers posed both gracefully and authoritatively. The energetic beginning turned into a more relaxed second movement, as the hands became more interpretive in partnered promenades and penchés. Angie DeWolf and Haruka Tamura cleanly executed the steps, and true to the title of the piece, released the rigid form and port de bras to give way to non-traditional positions. The ending was a bit disappointing and lacking in character, except for a few out-of-place Russian mazurka steps, as the authoritative tone returned and any signs of release disappeared again. “Stolen Hearts,” the second to last show for the company under its founding director Jose Mateo, churned dark feelings but ultimately fell short of stealing hearts.