‘Love Story,’ a Statement on Fame and the Refugee Experience, Comes to the MFA 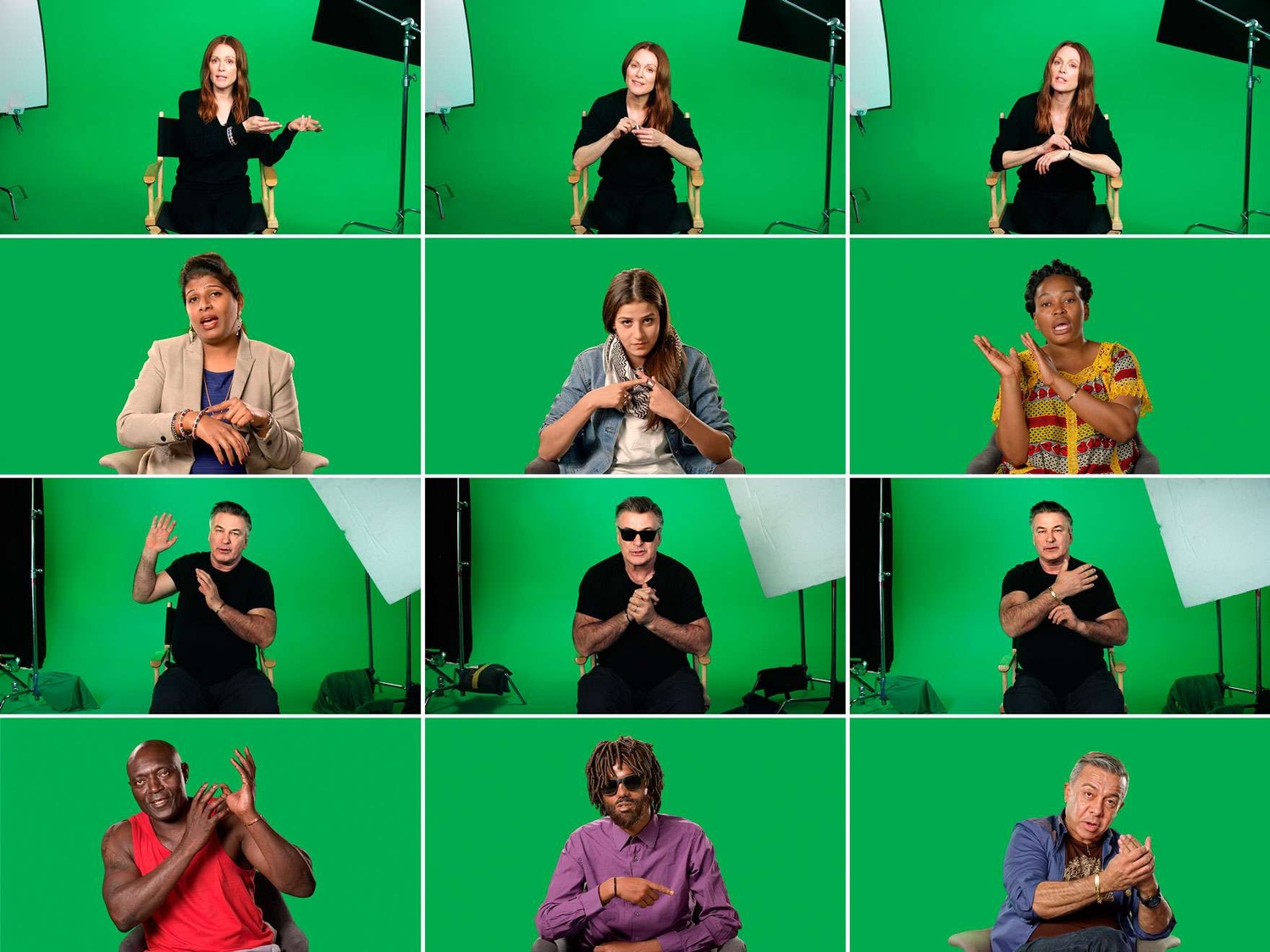 By Courtesy of the Museum of Fine Arts, Boston
By Iris M. Lewis, Crimson Staff Writer

Candice Breitz’s “Love Story,” an exhibit at the Museum of Fine Arts that opened March 31, is housed inside a dark room with an emerald green glow. There’s a long carpet, perfectly mirroring back a shamrock movie screen. On the screen, a man and a woman tell stories about refuge and asylum.

“I know that when [Breitz] will share [this story] with the world, it won’t be the same as if it were just me,” the woman says. “I don’t think all those nice people would come just to listen to my story.”

The woman is Julianne Moore. She is reading the words of a refugee, exactly as they were told to Breitz in a series of interviews. The man, doing the same, is Alec Baldwin.

According to the artist’s website, “‘Love Story’ raises questions around how and where our attention is focused.” The exhibit follows the stories of six refugees, first as they are portrayed by Moore and Baldwin and then through their own voices. “What kind of stories are we willing to hear? What kind of stories move us?” Breitz’s website demands. “Why is it that the same audiences that are driven to tears by fictional blockbusters remain affectless in the face of actual human suffering?”

Over the course of the 73-minute series of videos, Moore and Baldwin read the refugees’ stories without embellishment or glitz. Recording equipment is in the background. Sometimes, a phone will go off or an actor will stop to get water. “Love Story” does not show actors acting—instead, it shows them talking, just as the refugees themselves do later in the movie. Breitz allows Moore and Baldwin’s fame to stand alone, completely unadorned and unexplained.

“I didn’t get what was going on initially,” said exhibit visitor India M. Rawnsley. “I think that’s kind of the point—that you don’t understand. It was eye-opening when I figured it out.”

The exhibit at the MFA is the US debut of German-born “Love Story,” giving it added significance in the eyes of MFA curator Liz Munsell. “While immigration and the refugee crisis are global issues, we knew that this work would have particular resonance in the US, which is viewed as the epicenter of celebrity culture,” she wrote in an emailed statement.

Of the six refugees, two sought asylum in the United States directly. But all six of them brought vastly different perspectives on the global refugee experience. Alec Baldwin reads the words of a Venezuelan political dissident, for example, and an ex-child soldier from Angola. Julianne Moore reads the stories of a war refugee from Syria and an Indian transgender academic.

Breitz’s exhibit juxtaposes fame with misfortune, and power with helplessness. Exhibit viewer Serena K. Borch, however, said she believed that the refugees’ narratives could stand alone.

“These are white people who are very famous and rich, and I’m like, why are these white people talking about this?” she said. “Why are they the ones telling the story?”

Breitz might agree that in an ideal world, refugees would always be listened to. But for now—as long as refugees’ stories remain unheard—“Love Story” will be at the MFA’s Gallery 259 for the rest of this year.

—Staff Writer Iris M. Lewis can be reached at iris.lewis@thecrimson.com