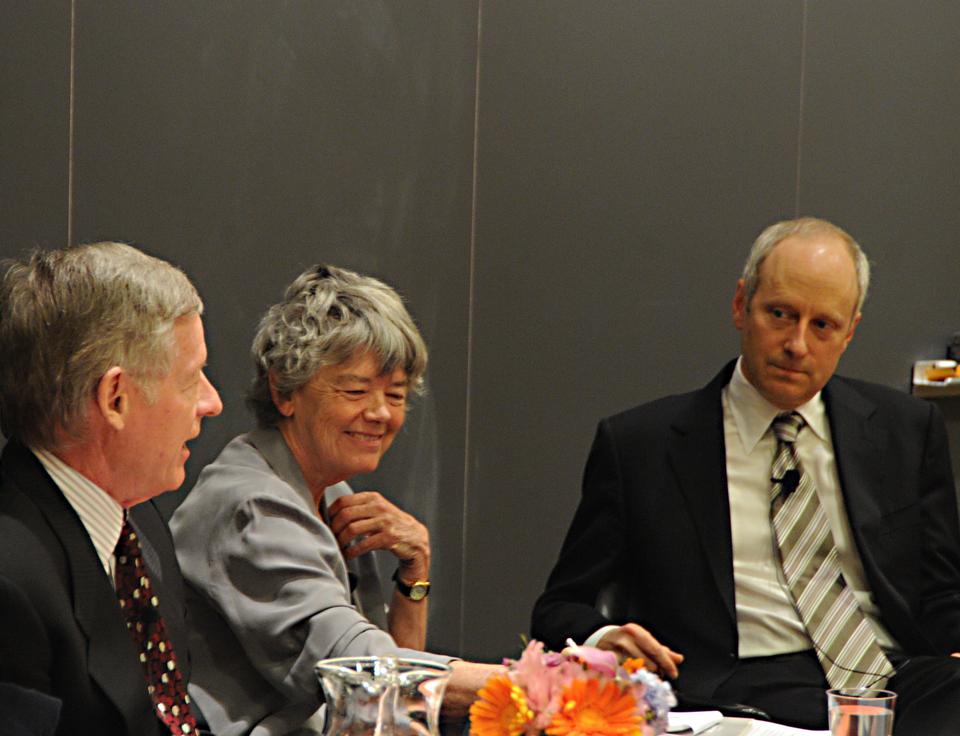 Jane J. Mansbridge, pictured at an event, is the 2018 recipient of the Johan Skytte Prize in Political Science. By Giselle Cheung
By Alexandra A. Chaidez, Crimson Staff Writer

Jane J. Mansbridge, a Harvard Kennedy School professor of political leadership and democratic values, is this year’s recipient of the 2018 Johan Skytte Prize in Political Science, the highest international honor for political scientists.

The committee that awards the prize chose to honor Mansbridge for her “field-defining contributions to our understanding of the theory and practice of democracy, political representation and deliberation as well as feminist theory,” according to a statement released by the Skytte Foundation Friday.

Past recipients of the prize include Harvard Government professors Theda Skocpol and Robert D. Putnam. The award ceremony is scheduled for Sept. 29.

Mansbridge said she was “thrilled” and “excited” to receive the award, adding the honor was significant, not just for herself, but also because it stresses the importance of political awareness.

Mansbridge is known for crafting political theories pertaining to groups historically underrepresented in politics. One theory, which she calls “descriptive representation,” enumerates the benefits of having representatives with the same experiences as their constituents, especially African Americans and women.

The press release announcing the award called Mansbridge “a pioneering role model for women in political science.” Mansbridge, who began working on women’s issues in 1968, was quick to say that title was an exaggeration, citing other female leaders in the field.

“One of the things you know if you spend anytime in the women's movement is that this stuff is collective. None of us could do it without the others,” Mansbridge said.

At the beginning of her career, as a woman studying political science, Mansbridge said she often had to find creative ways to attract attention in a classroom.

“You have to be willing to put your hand up really straight when you want to ask a question and sit in the front row so that they can't miss you,” Mansbridge said. “You have to know what you're saying.”

Mansbridge, the former president of the American Political Science Association, said she has faith that the field of political science can create solutions for modern problems like climate change.

“These problems are going to get more and more interdependent and the only group of people in the entire planet whose job it is to think about this stuff is political science,” Mansbridge said. “More and more people are going to be really trying to help.”