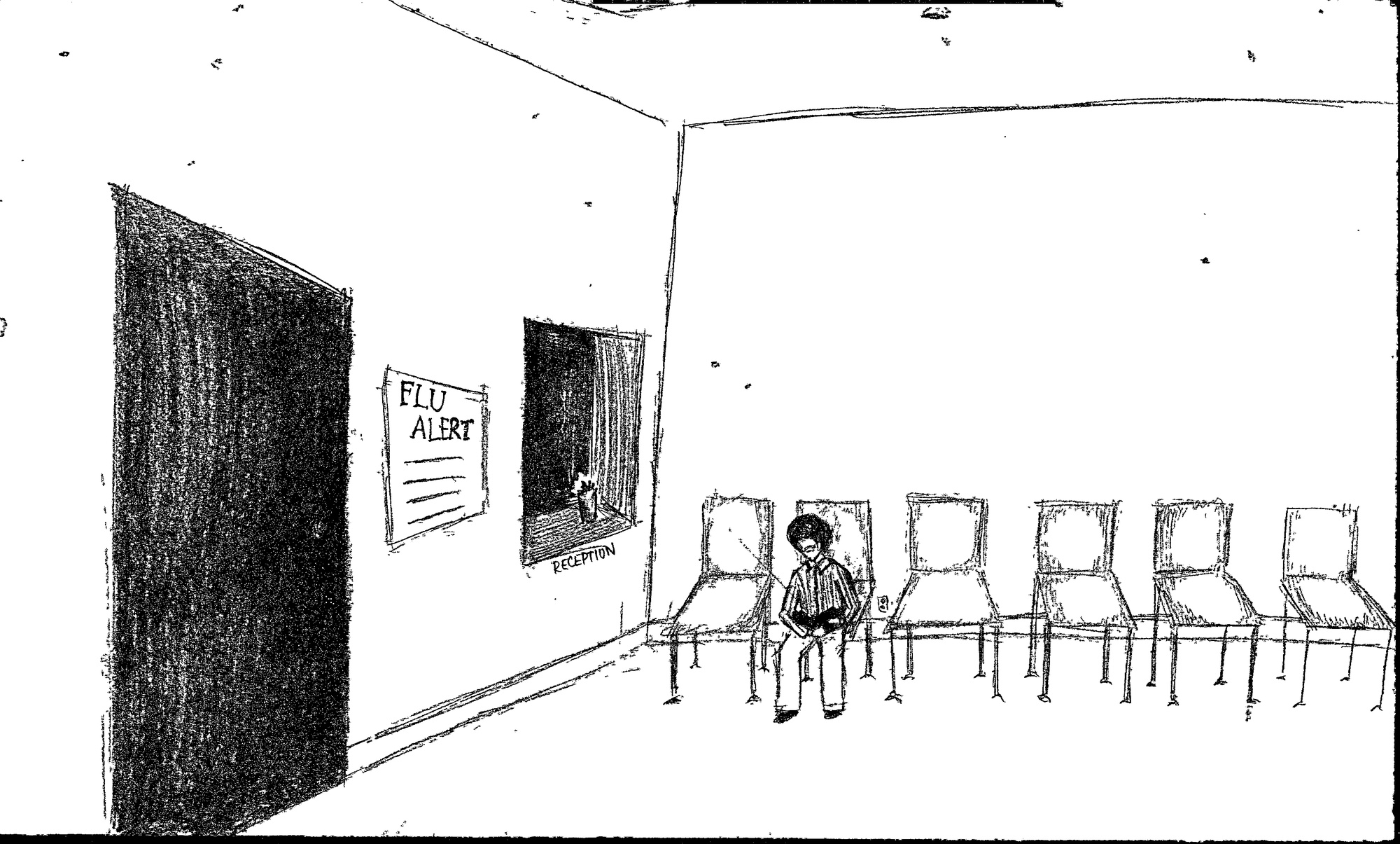 A Hope for the Day

I didn’t imagine that much about my faith would change when I was surrounded, for a few weeks, by donuts and daytime television at the hospital.
By Derek K. Choi

There are few places with more nail biting per capita than a hospital waiting room. I’m doing it, the strangers in the faux leather chairs with thinly veiled panic on their faces are doing it, and even a few of the nurses are doing it when they’re on break. It’s a familiar scene, just around the corner from the beeping machines and blinking lights of the ICU. The walls are bleached and the coffee tables covered with piles of magazines you only ever see in a medical office. Families wander in and out, waiting for any news.

It’s supposed to be a room full of distractions—the magazines, the vending machines, a low-volume TV in the corner—and yet there’s nothing to do. I spent several weeks of my sophomore winter break in one of those rooms. You go long enough and you can recognize the regulars, learn which chairs are the best ones because they have a plug underneath, know a little more than you wanted to about the daytime programming lineup of the hospital TV network.

One thing you can do is pray. I grew up going to church, and, though faith has always been an important part of my identity, religion often felt like an intellectual exercise. I believed in what I’d been taught, but almost never did I feel the supernatural stirring in my heart. I didn’t imagine that much about my faith would change when I was surrounded, for a few weeks, by donuts and daytime television at the hospital.

I also didn’t imagine that much about my faith would change during four years at college.

Harvard is often pilloried as liberal and secular—and not completely without reason. Richard Nixon once called it the Kremlin on the Charles, and the Soviets were not exactly known for their religious fervor. The Divinity School equivocates on its belief in the divine. I’ve heard undergrads describe themselves as CEOs: Christmas and Easter Only. Harvard can seem too harsh for something as abstract- and naive-seeming as religious faith.

I hadn’t come to Cambridge seeking spiritual transformation. I imagined instead that I’d see the intellectual, personal, and social transformation that the brochures and speeches promised. I don’t think I knew exactly what that meant—it seems to have developed a common meaning vaguely evocative of finding yourself in an amorphous college-y sort of way—but I was sure it lay in my future.

I loved freshman year. I loved the knock-out, drag-out fights about politics with my roommates at 3 a.m. I loved the feeling of complete self-responsibility, able to pop out for pizza or a burger at all hours of the night. I loved (though slightly less) having to make all new friends. I also joined a faith community and attended a local church, but I expected my religious life to mirror the patterns I’d come to know back home.

Sophomore year was harder. I remember aimlessly walking down the banks of the Charles on the Friday before Thanksgiving, upset about extracurriculars and ready to leave campus. I called home to vent, and instead I got the news: Thanksgiving would be different this year. That weekend was the first time I spent any serious amount of time in a hospital. As it turned out, waiting rooms would swallow up not only Thanksgiving but also most of January.

In the months that followed after I returned to campus, I found myself spending more time with people I knew from church and trying to attend weekly Bible studies—a sort of section for Scripture—more regularly. I showed up for more Friday worship nights and Sunday after-church brunches, getting drawn further into a community of faith. I came to rely on it.

Equally important were the moments alone. Helplessness appeared not only at bedsides but also looking down the barrel of one too many papers, one too many exams, one too many emails that needed a reply. There were nights in my dorm room or in my office at The Crimson when the only thing that felt right to do—the only thing I knew how to do—was to pray and read Scripture. Those moments, like those days in the waiting room, clarified that belief is just that—the desperately optimistic hope that what’s to come must be, has to be, good.

I found solace in prayer. It is, to be quite honest, a crazy thing. I clean my room for fun. I am afraid of heights. I love my Google Calendar. I’m risk-averse and logical. Prayer is throwing a bottle into the ocean and hoping someone will catch it. It’s a practice profoundly shocking in its suggestion that my words could reach beyond our world, and yet profoundly humbling in its reminder that so little is ultimately in my hands.

No doubt many Harvard folks would describe this as the placebo of belief. Perhaps I am conditioned to see serendipity as spirituality and quick to see purpose behind coincidence. Perhaps they are right.

But on a campus supposedly filled with godless communists, I found joy in a thriving spiritual community: comfort amid family illness, support amid academic burdens, peace amid stress. In faith, I got the intellectual, personal, and social transformation that Harvard promised me.

It is faith that brings the overwhelming sense of peace that I sometimes feel on early walks to class. It’s the fresh morning air in my lungs, the uneven cobblestones under my feet, and, from the solace of prayer, a hope for the day that is just beginning.

— Derek K. Choi ’18 is the former president of The Crimson.