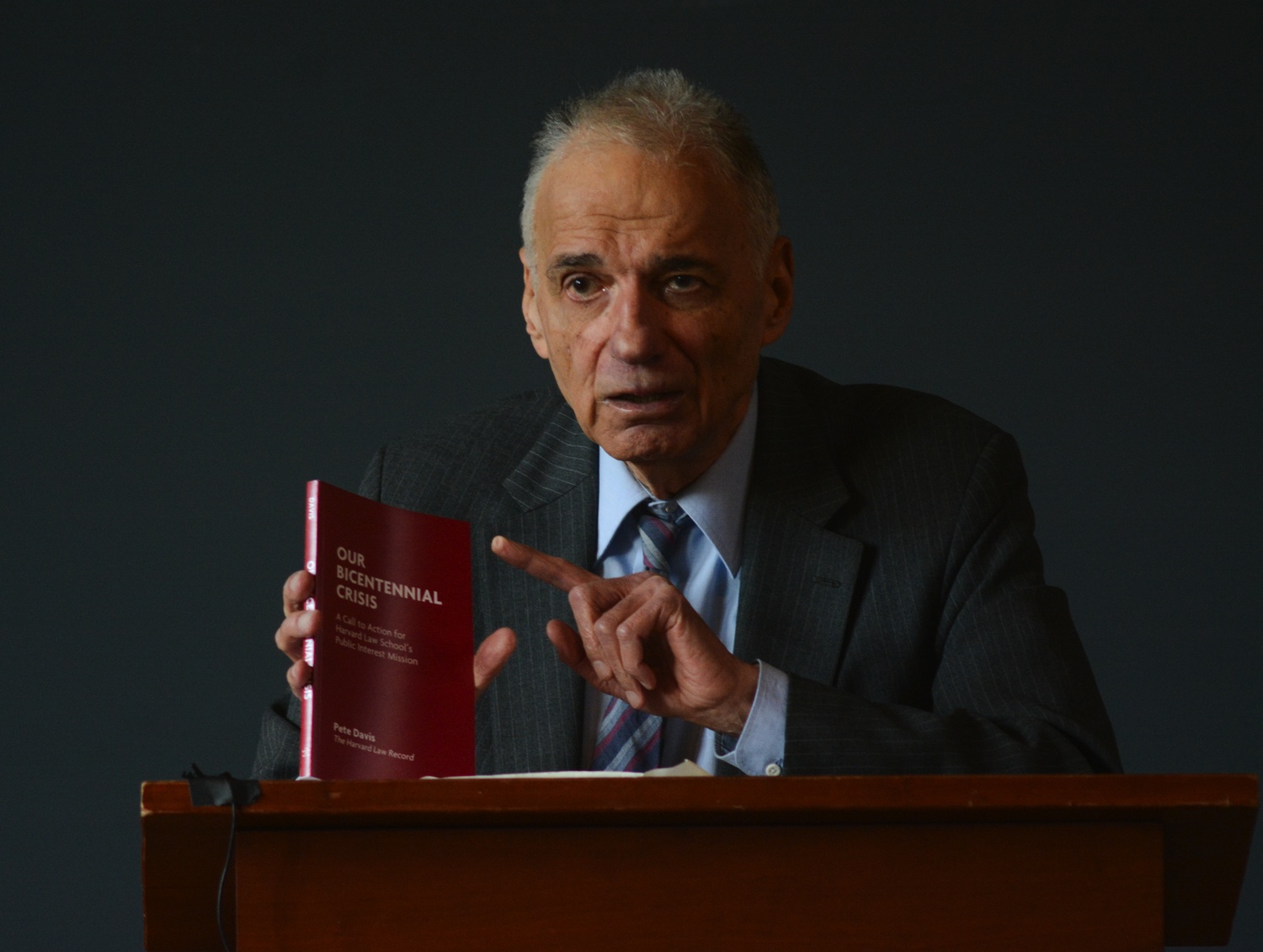 The report, titled “Our Bicentennial Crisis: A Call to Action for Harvard Law School’s Public Interest Mission,” argues that the Law School is primarily geared towards corporate law and needs to shift its focus to public interest careers.

The report, primarily authored by third-year Law student Pete D. Davis ’12, is divided into four parts. It argues that the average American is largely excluded from legal power, and charges that the Law School has failed to address this problem. Davis also published the report in book form.

Monday’s open letter criticized Manning’s silence on the report. Alumni wrote that six months after the report’s release, Manning has still failed to deliver “a considered written response to its cogent points” or have “a general meeting with the students for a public discussion.”

“The dean generally does not comment on correspondence with alumni,” Deakin wrote in an email.

Ralph Nader, a Law School graduate and five-time presidential candidate, signed the letter along with six other alumni. In an interview Tuesday, Nader praised Davis’s report and said he signed the letter because he believes administrators should take the report seriously.

“It’s one of the few, rare critical reports of Harvard Law School—there have been about three in the past thirty, thirty-five years—and it has well-documented criticisms, principally that Harvard Law School is an incubator for lawyers to go to work for corporate power, either directly or through corporate law firms,” Nader said.

He also added that the Law School has failed to uphold its mission statement, which says the school prepares leaders who will contribute to improving society and furthering justice.

The open letter is the latest development in an ongoing movement calling on the school to better incentivize students to pursue careers in public service. Davis hosted an event with faculty and students in February to discuss public interest at the Law School, and Nader urged students at an event in November to protest what he called the school’s “corporate” focus.