​Dean of the College Rakesh Khurana announced Monday that the Freshman Dean’s Office and the Office of Student Life would merge to form a Dean of Students Office.
By Caroline S. Engelmayer 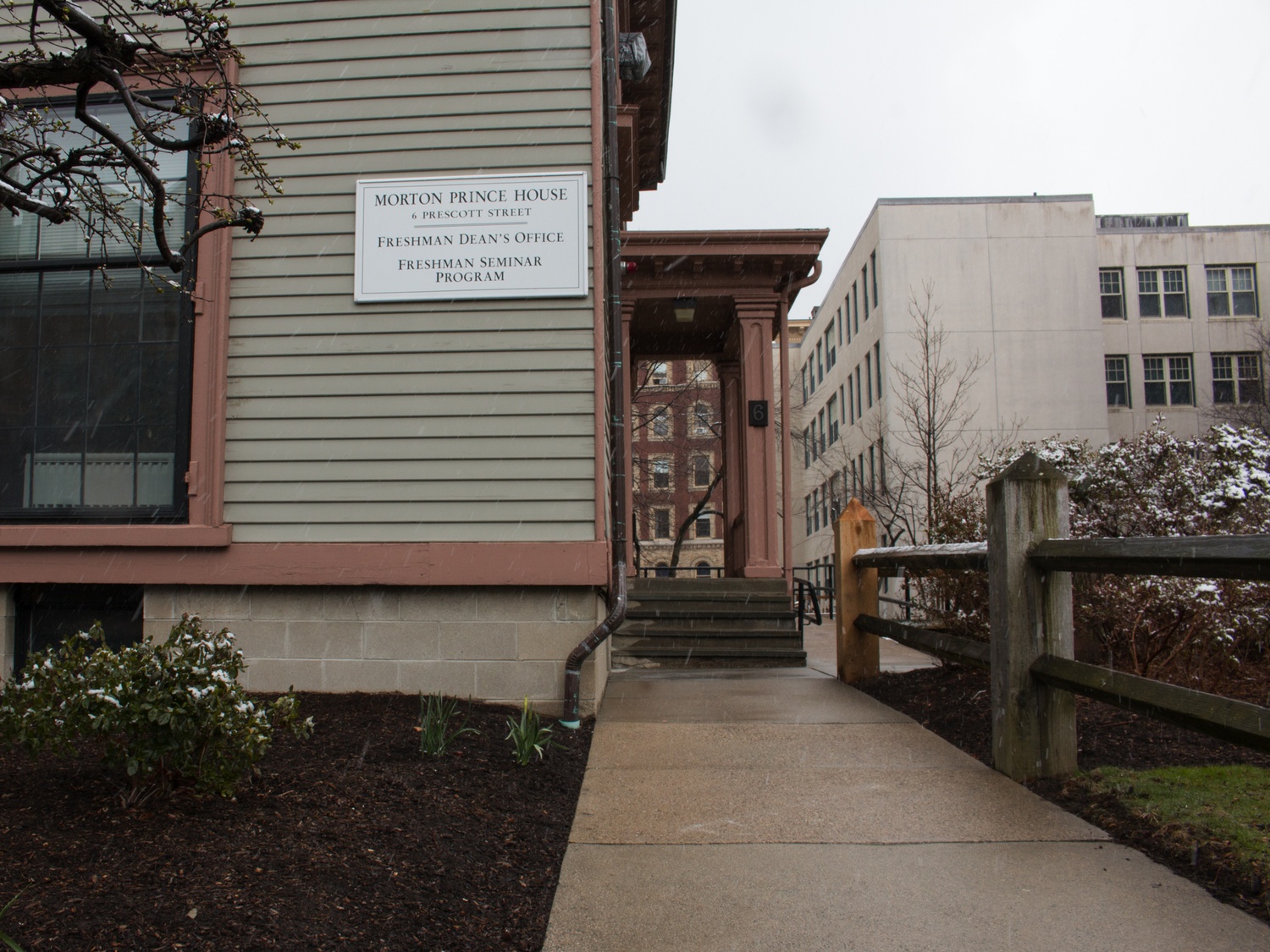 Dean of the College Rakesh Khurana announced Monday that the Freshman Dean’s Office and the Office of Student Life would merge to form a Dean of Students Office starting in July. This new office, to be led by Dean of Students Katherine G. O’Dair, will oversee residential life, diversity and inclusion initiatives, student experience, and student advising for the entire College, according to Khurana.

Here’s a review of what the FDO and OSL look like now and what will be different after the merger.

What do the FDO and OSL do right now?

Currently, the FDO and OSL split oversight of residential and social life at the College. The FDO—comprising roughly a dozen full-time staff members—administers programming for freshmen. The OSL, which has nearly double that number of staffers, provides support for student organizations, housing operations, and College-wide diversity initiatives. The OSL also works with upperclassmen House management to oversee residential and social programming for sophomores, juniors, and seniors.

What does the dean of freshmen do?

Will there be a dean of freshmen after the merger?

There won’t be anyone with that title—administrators at the DSO will split up the responsibilities that the dean of freshmen currently oversees, like freshman programming and residential life. In an interview last Thursday, O’Dair said she is not yet sure what the specific breakdown in responsibilities will be among DSO administrators. Students can expect more information about that before the DSO’s launch in July.

There will, however, be one administrator tasked with overseeing freshman residential life. According to O’Dair, that person will be the closest thing to the dean of freshmen under the current system.

Why did administrators decide to merge the FDO and OSL?

Khurana said administrators decided on the merger to enable a more “integrated” College experience for students. One of the main goals of the merger—based on student feedback—is to “better integrate” the first-year experience with the sophomore transition to the residential Houses, he said.

Khurana said he has been considering joining the OSL and the FDO almost since he became dean of the College in 2014.

What will the process of administrative transition be like? Will there be layoffs?

There won’t be layoffs, but the merger may change the responsibilities of employees working in the two offices—some administrators will now be expected to consider both the freshmen and upperclassmen experiences. O’Dair said she is “beginning” to figure out the specifics of what the new job descriptions will look like.

Does this mean that Harvard will assign students to Houses at the beginning of freshman year, like Yale does?

According to Khurana: No. Although switching to the Yale model has garnered some support from administrators in the past, he said the DSO will not consider making that change at this time.

How will the freshman experience be different after the merger?

Khurana said freshmen will have more opportunities to “connect with upperclass students” during their first year, but otherwise freshman year will remain similar to its current form.

How does Harvard’s Freshman Dean’s Office compare to other schools?

Harvard is the only Ivy League university with a freshman dean. Most other Ivy League schools, like Yale, do not have a separate residential system for freshmen. Stanford has previously had a freshman dean’s office but has since done away with it.