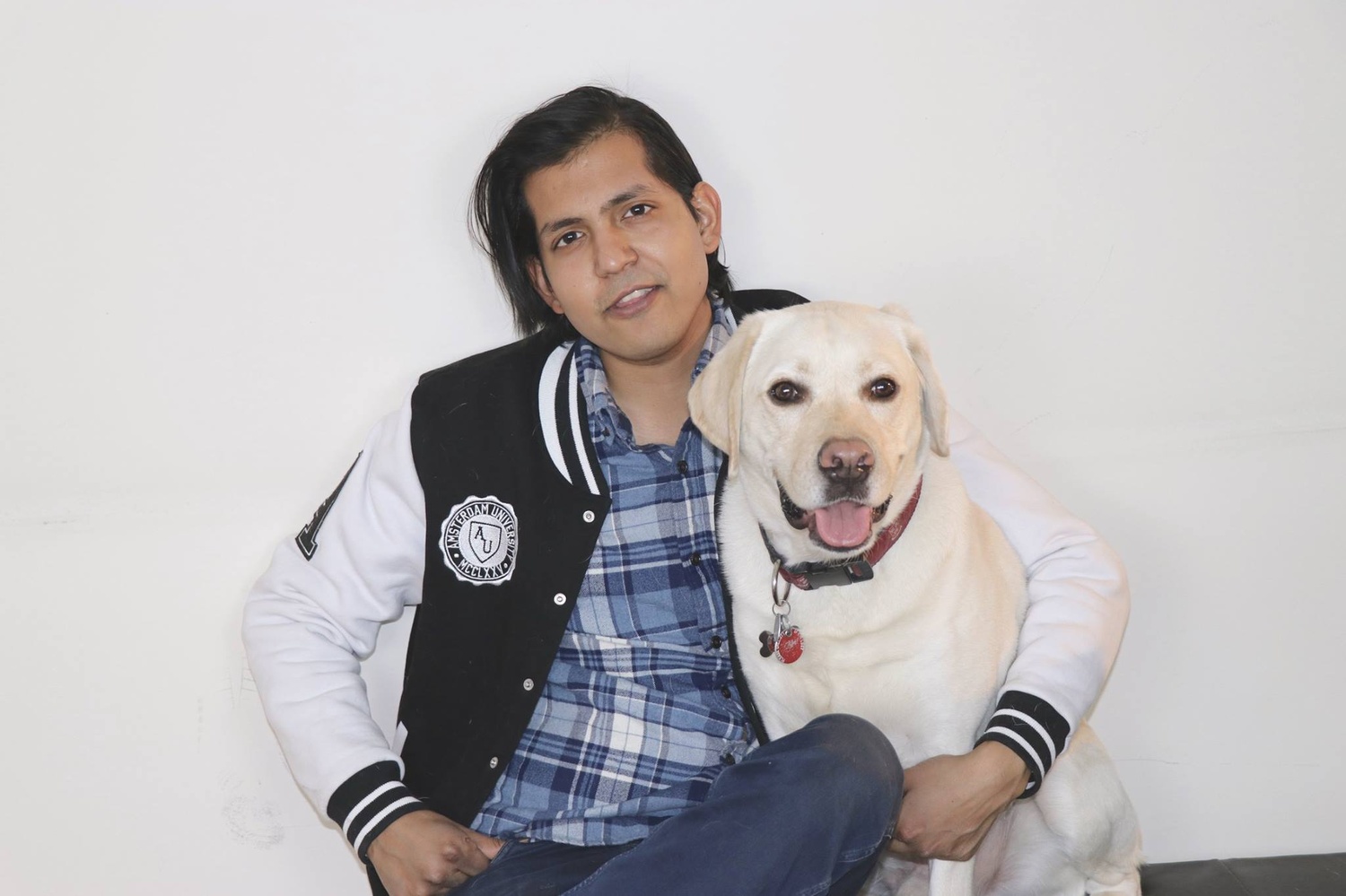 Saieed Hasnoo ’12, the Associate Business Manager for the 138th guard of The Harvard Crimson, who died Feb. 24 after battling a terminal illness. By Courtesy of William Cember
By Sofia W. Tong, Crimson Staff Writer

“Sometimes I wake up in the morning and hope to see my grandpa waiting there once again to ride along the sugarcane fields,” Saieed Hasnoo ’12 wrote in the application essay that earned him admission to Harvard.

In the essay, he described the leisurely, daylong bike rides that defined his childhood in Trinidad; times when he would silently accompany his grandfather on empty gravel roads past plantations, through forests, and finally to a lake at dusk, where the two would watch birds flying home to their nests. It was by the lake, Saieed wrote, that his grandfather taught him to value family—a value he carried with him throughout his time at Harvard and beyond.

Hasnoo, the Associate Business Manager for the 138th guard of The Harvard Crimson, died Feb. 24 after battling a terminal illness. He would have been 28 years old on April 4.

When he was eight years old, Saieed and his family immigrated from Trinidad to the United States. After attending the Bronx High School of Science, he was accepted by all eight Ivy League schools.

Mark A. Tyson, Hasnoo’s partner for four years, recalled that one of Hasnoo’s proudest moments came when he was invited to a dinner with Goldman Sachs CEO Lloyd C. Blankfein ’75 and a few other students while still in high school. After dinner, the group took a photo together—and Blankfein put his arm around Hasnoo.

Blankfein ultimately provided Hasnoo with the full scholarship that enabled him to attend Harvard.

When he arrived at the College, Hasnoo hung a United States flag in his dorm room, Tyson said. The flag served as a reminder of Hasnoo’s appreciation for America’s social mobility.

“He always wanted to be somebody,” Tyson said. “His dream was to come from nothing and become the CEO of a Fortune 50 company.”

Later in his Harvard career, Hasnoo lived in Currier House and concentrated in Economics. William J. Cember ’12, one of Hasnoo’s blockmates and a close friend, recalled first meeting Hasnoo freshman year and being struck by not only Hasnoo’s drive, intelligence, and bustling personality, but by his kindness and how he strived to be a role model for his family and friends.

Hasnoo spent much of his time at Harvard working in various positions on The Crimson’s business board. Hasnoo made “impressive” advertising sales and mentored the Ads Associates and Managers in the years below him, Business Manager of the 138th Guard Martin C. Ye ’12 said. Ye remembered Hasnoo counseling the ad sales team via email to focus on the businesses and their individual needs—advice that helped the oft-stressed college students meet their sales goals, Ye said.

“Now having experience in the corporate world,” Ye said. “It was pretty golden advice.”

According to Ye, Hasnoo always worked to make the sometimes mundane task of ad-selling as interesting and memorable as possible.

One time, Hasnoo organized an “Ads Outing” to a cabin in New Hampshire, where he took Crimson staffers canoeing under the stars. Later, during “turkey shoot”—the process by which The Crimson selects its next leaders—Hasnoo sought to make the interview process more appealing, taking candidates on car rides and grilling them as he zoomed through the streets of Cambridge.

Hasnoo’s final email to the Business Board harkens back to values he espoused in his application essay.

“If I can give any parting advice, it is to cherish each other for the time that you have together,” Hasnoo wrote in the email.

“Saieed had a strong and loving heart,” Ye wrote in an email to the 138th Guard. “I am thankful for the times that we have cherished together.”

In addition to his verve for business, Hasnoo was a passionate and eloquent writer, penning articles both for The Crimson’s Editorial board and for the paper’s blog, Flyby. One of the few openly gay members of the Business Board, Hasnoo wrote about homophobia and marriage equality, as well as the Occupy movement, and even produced videos of recipes using dining hall ingredients.

“Saieed was an incredibly eloquent person, an incredibly thoughtful person,” Naveen N. Srivatsa ’12, the President of The Crimson’s 138th Guard, said. “Someone who can really put forth well thought-out perspectives and argue them with a force.”

After graduating, Hasnoo achieved quick success in the corporate world. He first worked with small business customers as a senior analyst at American Express. After forging close relationships with senior leaders, he rose through the company’s ranks to become a manager at American Express, and then a senior associate at J.P. Morgan.

In his most recent job, Hasnoo worked to manage strategy and partnerships at Capital One. He also founded and advised several startups in industries ranging from fashion to finance.

“He was always pushing himself to be better,” Tyson said. “He had a force to him. He just took you in.”

Hasnoo also volunteered as an admissions interviewer for Harvard College. He took his role introducing promising young students to higher education quite seriously, Hussain said. Hasnoo devoted hours to writing statements on behalf of the applicants who he thought really deserved a chance, and spoke enthusiastically about the ones in whom he saw unusual passion.

“He was just one of those people who care so much about other people’s success and not just his own,” Hussain said.

Hasnoo had a yellow lab named Jackson whom he treated almost like a guest or another person in the household, Cember said.

Hasnoo also loved to travel. Tyson recalled one time when Hasnoo got so involved in haggling with merchants at a Moroccan a market that Tyson had to drag him away, leaving several upset vendors in his wake.

He enjoyed racing luxury cars and was not afraid to go 110 miles an hour, according to Hussain.

“He was fearless,” Hussain said.

He dabbled in painting, acquired a pilot’s license, and collected artwork.

Tyson said Hasnoo’s last words to him urged him not to cry or mourn, but to strive for the better and to look back on their past interactions for inspiration.

“I just think about him just in a casual setting,” Tyson said. “I just imagine him curled up on the couch with Jackson his dog, sipping his diet coke or white wine, maybe with candles in the background, watching House of Cards.”

Hasnoo is survived by his mother, father, brother, and sister-in-law.

—Staff writer Sofia W. Tong can be reached at sofia.tong@thecrimson.com.