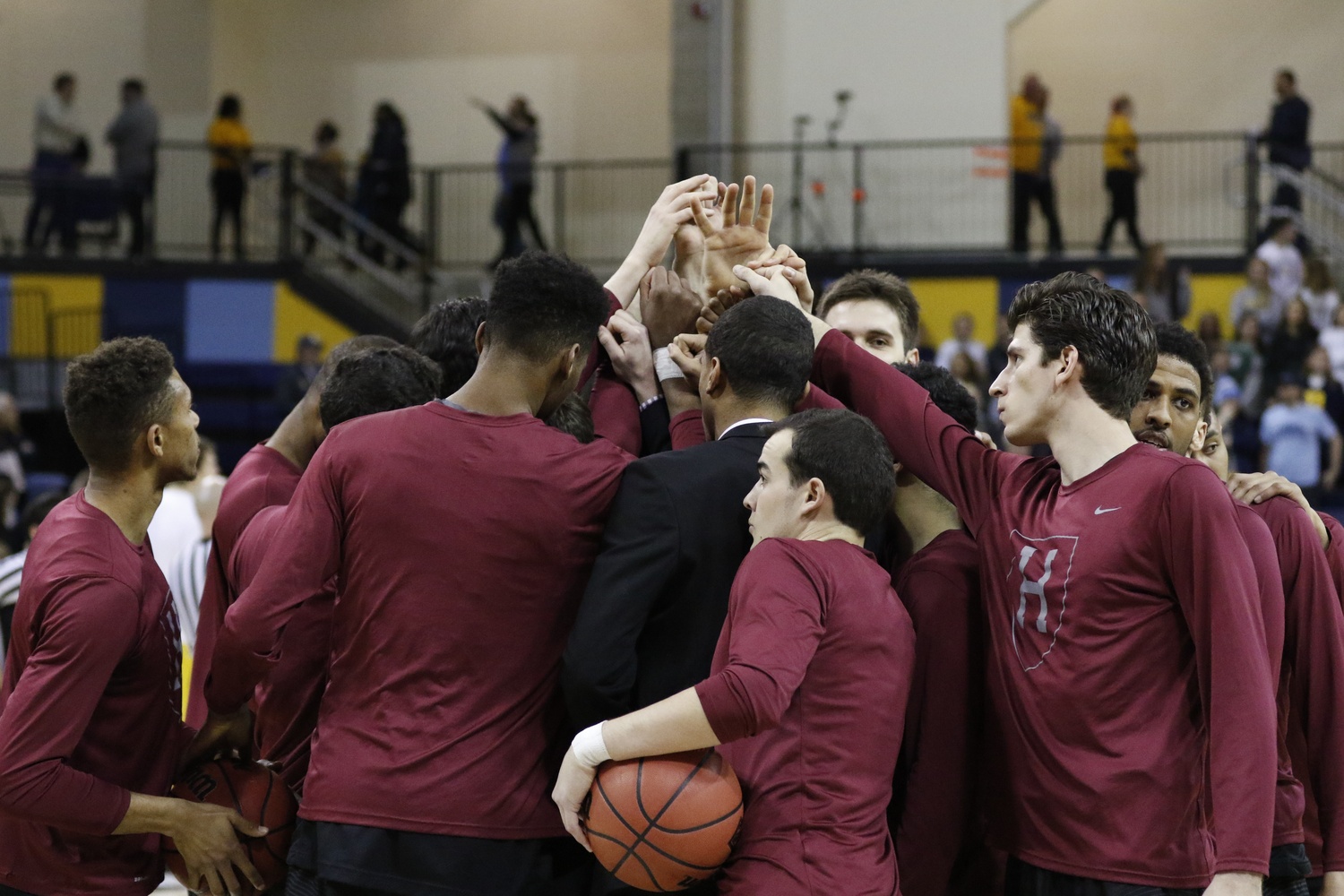 Following a 2017-2018 season which saw the Harvard men’s basketball program raise its sixth Ancient Eight banner under Coach Tommy Amaker, the Crimson will set its ambitions towards making the NCAA Tournament for the first time since 2015.

Having fallen just short of a March Madness berth in the final of the Ivy League Tournament last season, Harvard will again encounter a road-heavy non-conference slate before earning a chance at avenging the previous season’s NCAA Tournament throneholder, Penn, in February.

The pre-Ivy slate on paper is headlined by the Jan. 2 contest against the University of North Carolina Tar Heels, in a rematch of the 2015 NCAA Second Round meeting between the Crimson and the longtime nemesis of Amaker’s alma mater, Duke. Nevertheless, the odyssey to Chapel Hill is far from the sole spotlight in its non-conference schedule.

In a nod to the eight Golden State natives and two Peach State residents on the roster, Harvard will fly out of New England in late November and December for a California and Georgia trip, respectively. The November West Coast jaunt will feature a visit to the University of San Francisco on Nov. 21 and a rematch three days later against last year’s Wooden Classic opponent, St. Mary’s.

Following the Christmas holiday, junior classmates Chris Lewis and Robert Baker will not need to travel too far away from home as the Mercer Bears will host the Crimson in Philips Arena, the home of the NBA’s Atlanta Hawks on Dec. 29 or 30. The Georgia trip will conclude in North Carolina before two more non-Ivy contests against McGill and Howard, the latter of which will bring Amaker back to his hometown roots in the Washington D.C. metropolitan area.

Of Harvard’s 13 non-conference matchups, eight will be away from Lavietes Pavilion. This marks a slight uptick in home contests compared to last season, when the Crimson hosted just four of its 15 non-Ivy contests. Supporters this season may also reap the benefits of away games in close proximity to Cambridge, including a Nov. 13 Mass Pike trip to Amherst against UMass coupled with a Nov. 16 excursion down I-95 to face the URI Rams. For more ambitious aficionados, a three-plus hour drive north to the University of Vermont will also be in store on Dec. 8.

The aforementioned rencounter with the Catamounts is one of seven opponents (including the MIT exhibition) which Harvard battled against last season. In the tail end of a slew of home-and-home agreements, the Crimson will seek to avoid a bi-season sweep against the Northeastern Huskies on Nov. 9 and the Holy Cross Crusaders on Nov. 29, in addition to its to Vermont, St. Mary’s, and George Washington defeats last season.

Transitioning towards 2019, the Crimson will spend early February in Cambridge for its Yale-Brown and Columbia-Cornell doubleheader weekends, before spending the following two weekends on the road. The Ancient Eight season will conclude at Lavietes Pavilion on Mar. 8 and Mar. 9 against Cornell and Columbia, where Harvard will be fighting over a berth in the Ivy League Tournament for the third straight season. This season, the Ancient Eight will converge in New Haven, Conn., instead of the Palestra in Philadelphia, Pa., for the concluding tournament on Mar. 16 and 17.

Follow up for additional previews of the 2018-2019 season, including roster breakdowns and opponent summaries.