The Crimson was able to field only four players, as opposed to the typical five per team 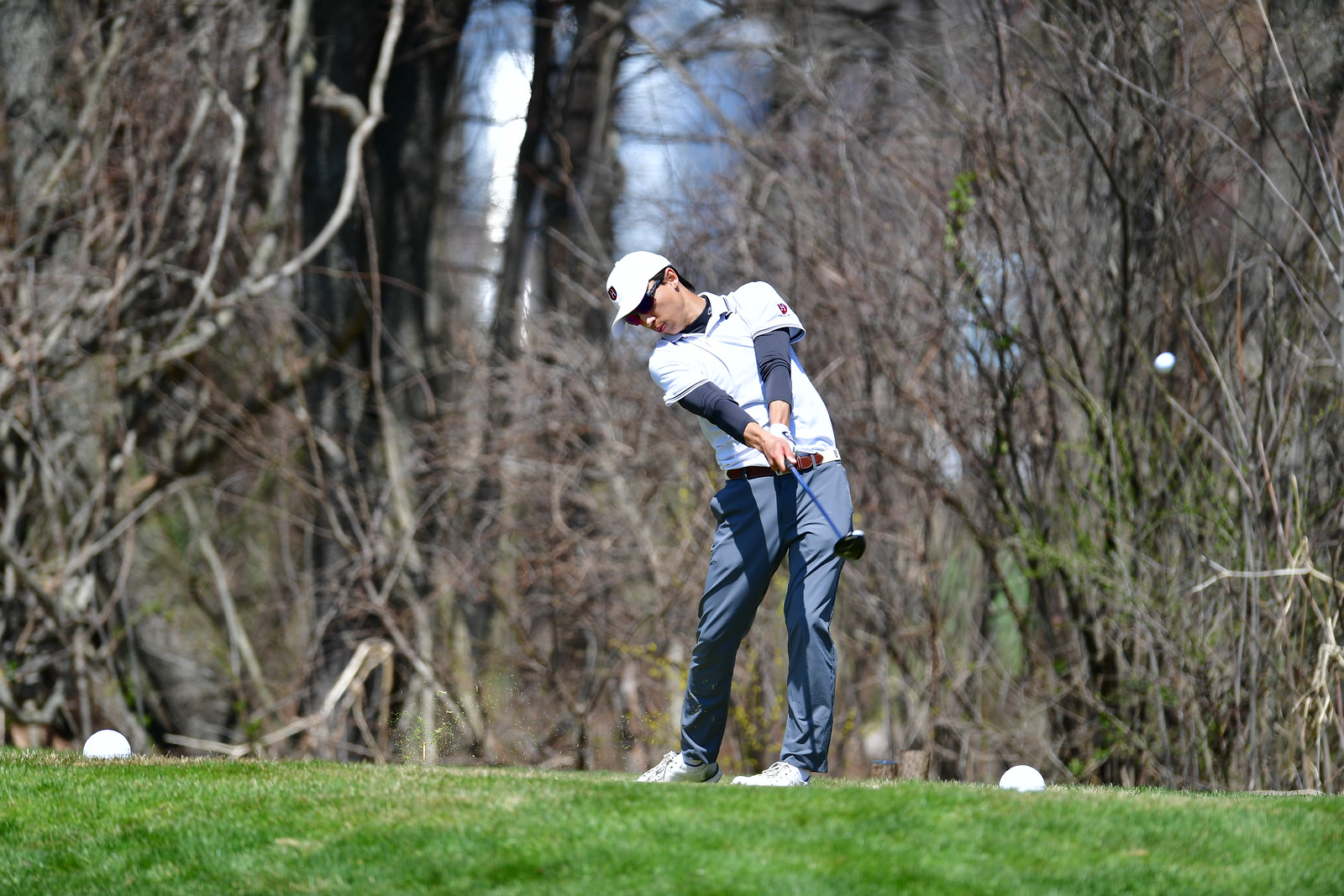 The Crimson hopes to get its full roster back from the injury reserve and will need to do so in order to compete in the Ivy League. Nevertheless, there were individual bright spots at Doc Gimmler this weekend that Harvard can look to build on. By Courtesy of the Ivy League
By Max McEvoy, Crimson Staff Writer

The hopes are high for this year’s edition of Harvard men’s golf. Captain and multi-time Ivy League Champion Aurian Capart heads up the squad this season, and he will rely on the support of high-performing juniors Ryan Rhee and Rij Patel, not to mention Grant Fairbairn returning for his second year after a prolific freshman campaign.

With this cast, the team appears poised for another deep run in the Ivy League Championship after last year’s third-place finish. But that is a long way away, and just as well: the Crimson currently finds itself in a bit of an injury crisis.

Fairbairn, for example, was unable to travel. Meanwhile, Rhee was suffering from a knee strain. With a third of the roster sidelined in total, the Crimson tripped to Farmingdale, New York, and teed off at the annual Doc Gimmler tournament. Able to field just four players instead of the typical five, the team would limp to a 10th-place finish in its first competitive tournament this year.

Harvard got off to a shaky start on Friday, finishing dead-last in 14th place with a team score of 301. The team’s performance improved markedly on Saturday—the Crimson finished sixth on the day, with its score of 285 marking a 16-shot improvement from the first round of play.

While the competition generally improved from Saturday to Sunday, Harvard regressed and shot a 288, three strokes over its second-round performance, meaning that the injury-plagued squad would slip to 10th in aggregate.

Though the 10th-place performance on the whole seems underwhelming, there were some positive signs that the team hopes to extract from the weekend. The sole Crimson freshman impressed. Brian Isztwan, a native of Huntingdon Valley, Penn., shot a team-low 217. Isztwan’s score finished one, two, and three strokes lower than those of Patel, Capart, and sophomore Peter George, respectively.

The verdant Harvard swinger finished tied for 30th overall out of 83 competitors. Making the jump from high school to Division-I golf is difficult. Between the overall level of competition, the added pressure, and the elevated difficulty of the course, everything is more difficult. In his new surroundings, however, Isztwan handled himself with precocious poise for a freshman.

“Brian played with great composure all weekend,” Capart said. “He focused on the process, which is admirable for someone that only had a few days of practice with us. I am happy it paid off in the first tournament already. We expect great things from him.”

This weekend was also a “welcome back” for George, whose most recent competitive match for the Crimson prior to the Doc Gimmler was last fall. George had been sidelined after wrist surgery for the entire spring semester of his freshman year. While the sophomore may hold higher standards for his future performances, this weekend marks the beginning of George’s return to competitive match play, where there will surely be some rust early on this season.

Captain Capart’s performance was solid—a description he would be content with, considering last spring’s struggles. The Belgian’s last tournament was in May, so during Friday’s first round especially, he felt rusty and needed to make adjustments. And he did just that.

After a difficult first round in which he shot 80—tied for second-worst of all first-round scores—Capart improved by an astounding 10 strokes in round two. In the final round he shot a 69, which only seven players eclipsed.

Patel also had an unspectacular yet solid performance, shooting a 75, 69, and 74 over the course of the weekend. His second-round 69 was good for fourth-best that day, proving that, at their best, Patel and Capart can beat most anyone. But for both golfers, finding consistency will be paramount as the young season progresses.

For the Crimson, the Doc Gimmler can serve as some much-needed tournament experience and a springboard to kick the season into motion. While individual players will continue to strive for consistency in the coming weeks, the team will benefit greatly from the return of Rhee and Fairbairn from injury.

“We are focused on health and clearing the rust going forward,” said Capart. “We will continue to focus on process and hopefully this will bring the results that we know we are capable of producing. In the meantime, we will only focus on what we can control.”

The Crimson’s next test is at Dartmouth in the Quechee Invitational on Sept. 22.