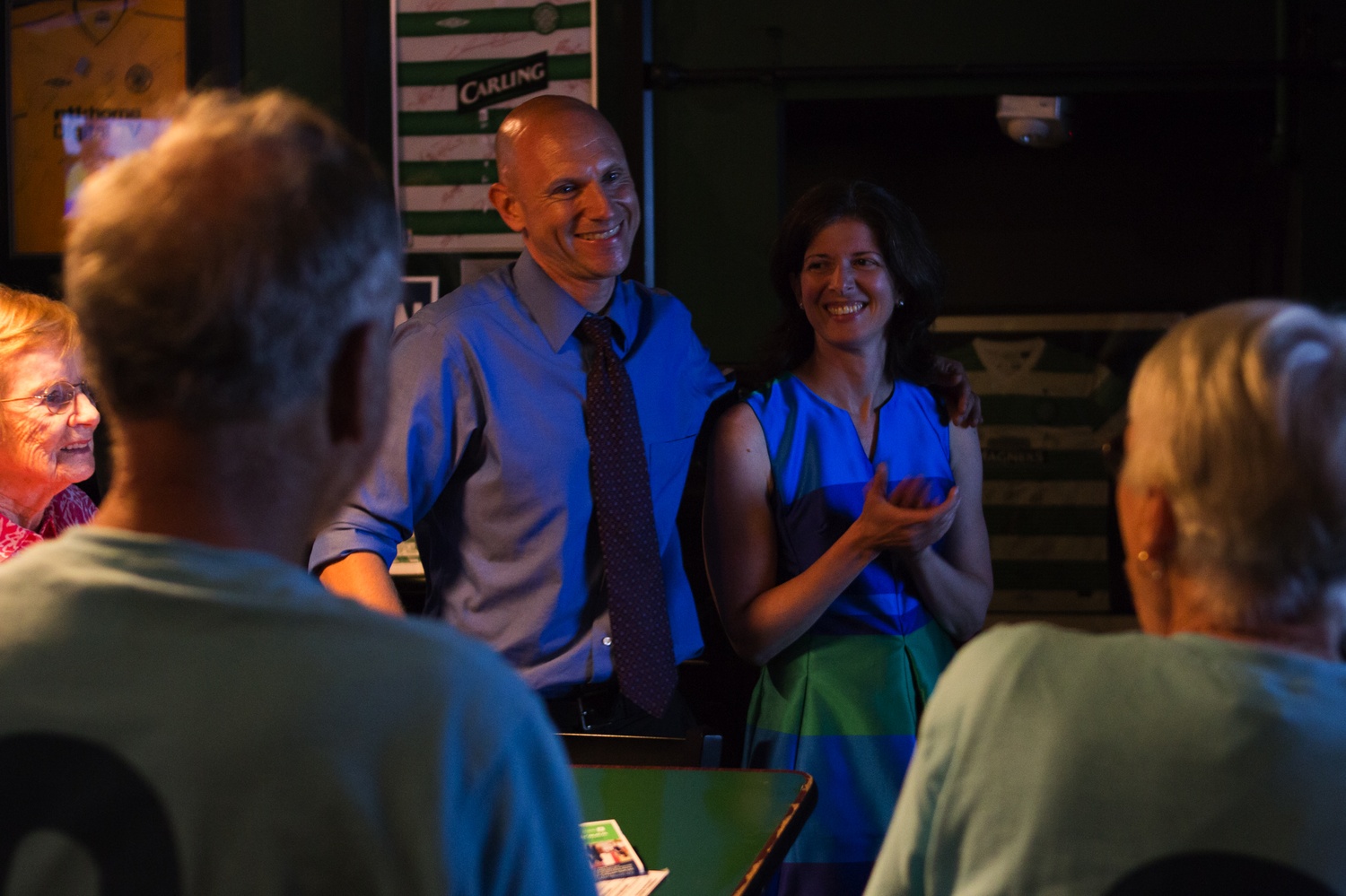 Capuano, who has represented the district since 1999, conceded the race before it was called. Pressley’s victory echoes that of Alexandria Ocasio-Cortez, a 28-year-old progressive activist who made history by unseating Democratic leader Rep. Joe Crowley, D-N.Y., in June.

Now, Pressley is poised to win the general election, in which she will run unopposed. The 7th Congressional District leans blue by 34 points, making it the most Democratic district in the state according to the Cook Partisan Voting Index.

In the race for the Democratic governor nomination, Jay Gonzalez beat out Robert K. Massie, a Harvard Business School graduate who was the 1994 Democratic nominee for lieutenant governor. Gonzalez previously served as former Governor Deval Patrick’s secretary of administration and finance. His policies focus on criminal justice reform, high-quality early education, and addressing the opioid epidemic, according to his campaign website.

In November, Gonzalez will face incumbent Republican governor Charlie D. Baker ’79, who handily won his primary. Baker, currently ranked the most popular governor in America according to a July Morning Consult poll, is known for his moderate political positions and his willingness to oppose the Trump administration. His Republican challenger was Scott Lively, an adamant Trump supporter whose positions fall consistently further right than Baker’s. While Lively took around 35 percent of the vote, Massachusetts Republicans once again showed support for their moderate incumbent.

In the race for lieutenant governor, Quentin A. Palfrey ’96 won the primary over Jimmy Tingle. Palfrey holds degrees from the College and the Law School, and he is the son of Adams House Faculty Deans Sean and Judith Palfrey.

“His dedication was to make this a grassroots campaign and it has succeeded. As Quentin’s parents, we’re extraordinarily proud of what he’s achieved so far,” Sean Palfrey said of his son’s primary victory.

In November, Quentin Palfrey will face incumbent lieutenant governor Karyn Polito, who ran uncontested in the Republican primary and has held the office since 2015.

“We’re confident that he will make a very strong campaign with Jay Gonzalez, and we look forward to helping him to the extent that we can,” Sean Palfrey said of his son.

Diehl will face incumbent U.S. Senator Elizabeth Warren, who ran uncontested in the Democratic primary and has held the office since 2013. Warren is widely favored to win the general election.

Incumbent Attorney General Maura T. Healey ’92 was uncontested in her Democratic primary. Healey has served as the state’s top legal official since 2015, and she will face Republican challenger James McMahon in the November general election.

—Staff writer Iris M. Lewis can be reached at iris.lewis@thecrimson.com