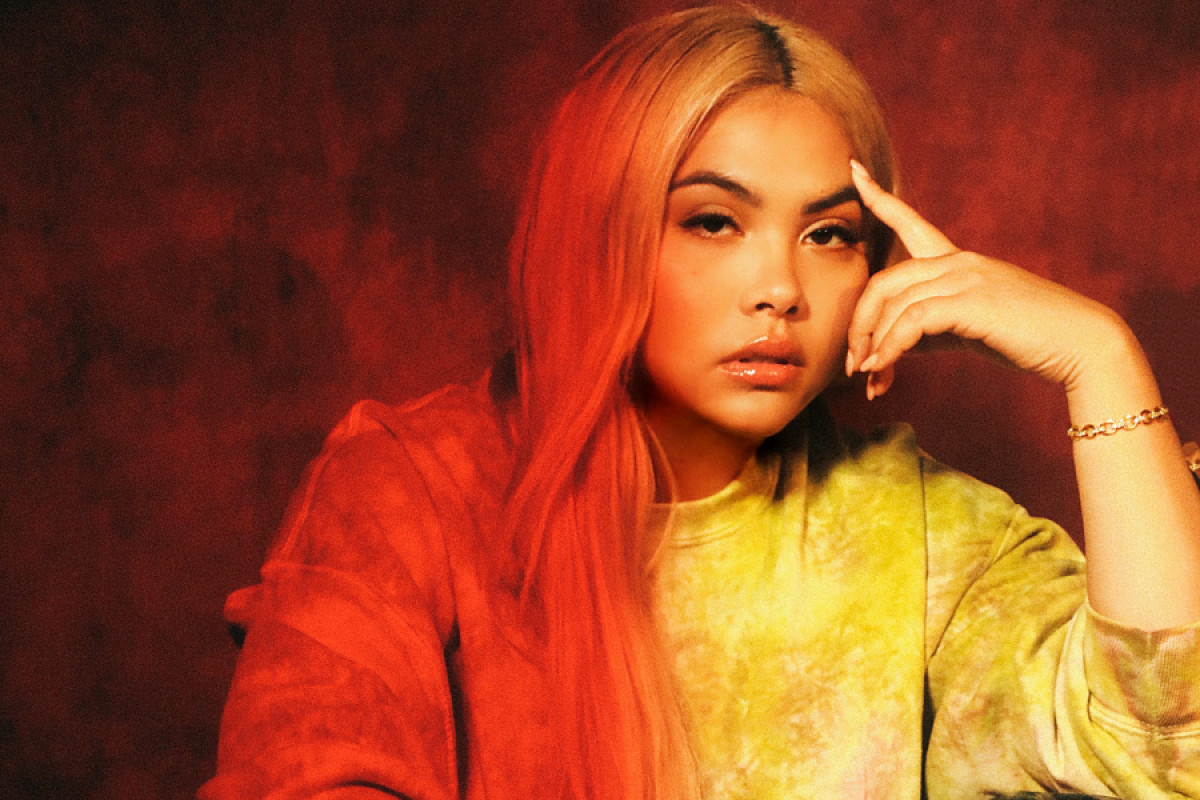 Hayley Kiyoko plans to release a string of singles through January 2020. By Courtesy of Trevor Flores
By Joy C. Ashford, Crimson Staff Writer

Still listening to Hayley Kiyoko in 2019? Unable to wrench yourself from music’s “lesbian Jesus”? Found yourself justifying the recycled synth and overt autotune of “Girls Like Girls” because, well, what other options are there?

In honor of this past weekend’s National Coming Out Day, here’s a list of all the queer musical goddesses you could possibly want.

Tired of sad-girl ballads about death and acupuncture? Raveena describes her music as “tinsel-y escapism”; on her debut album, “Shanti,” she blends queer and Southeast Asian culture in the luscious, silky warmth of her soothing instrumentals. As it has evolved, her music seems more and more like a celebration of her culture, her identity, and her love. On songs like “Still Dreaming” and “Temptation,” the impossible lightness of her voice beckons the listener out of reality and into the magic of airy imagination.

4. “Back in Your Arms” by Carlie Hanson

Carlie Hanson is young, fresh, and charming; at 17, she’s already hailed by many as an effervescent, tough-to-define rising star. Most of her discography straddles two worlds: in love and heartbroken, classic and millenial, pop and anything-but. Running through all of it, however, is an absolute earnestness. Whether it's the passion she has for her friends, on “Hazel” or “WYA,” or her girlfriend, on the adorable “Us”, she sounds like the kind of person you’d always want in your corner. That earnest energy ripples through her voice — powerful, yearning, and with a kind of unedited intimacy. Of course, my favorite song will always be “Back in Your Arms,” a song that imbues the simple longing of a breakup song with all the little, natural details of falling in love with a woman.

20-year-old King Princess isn’t just an iconic queer heartthrob — she’s also an absolute genius of a musician. Sarcastic and charming, she flaunts the rules of pop music in her lyrics, her online persona, and her identity, but she is just as boundary-pushing in the sonic lines she crosses in her music itself. She really can’t release a bad song (which is a relief, because I played those 5 songs on her first EP more times than I’d like to admit.) They’re instantly catchy (just try to get “Cheap Queen” out of your head), with perfectly constructed choruses where no syllable feels wasted, and every line of synth, drums, or piano seems right where it’s supposed to be. But have you, like me, already heard “1950” way too many times? Try “Prophet” on her new EP — this jazzy, understated banger just gets richer with each new listen.

Janelle Monae needs little introduction. She’s a visionary in every sense of the word, from her stunning, interconnected music videos to her singular musical and visual relationship with femininity and futuristic tech. She’s a singular leader, challenging the status quo not just with frustration but absolute elegance, infectious energy, and boundless creativity. Songs off her newest album “Crazy, Classic, Life” and “Make Me Feel” radiate pure sensuality and joy. But if you're looking for pussy power, you can’t get much better than “PYNK.”

I think it’s fair to say I’m more than a little in love with Dodie Clark. She is, perhaps, the most unbelievably honest artist I’ve ever heard: so utterly, rivetingly genuine that it is all but impossible to look away. Her lyrics sound simple on first listen, but every word contains a little hum of meaning, with the intricacies of her life folded into neat metaphors about party tattoos and dentists and sunflowers. In the push and pull of her piano and guitar — even limited to a single note on “Secret for the Mad,” she pours out love and darkness and hope with utter precision. And on “She,” she is in true, raw form, with no doubt or insecurity of her love edited out, but each rough human edge preserved in romantic, painstaking musical detail.