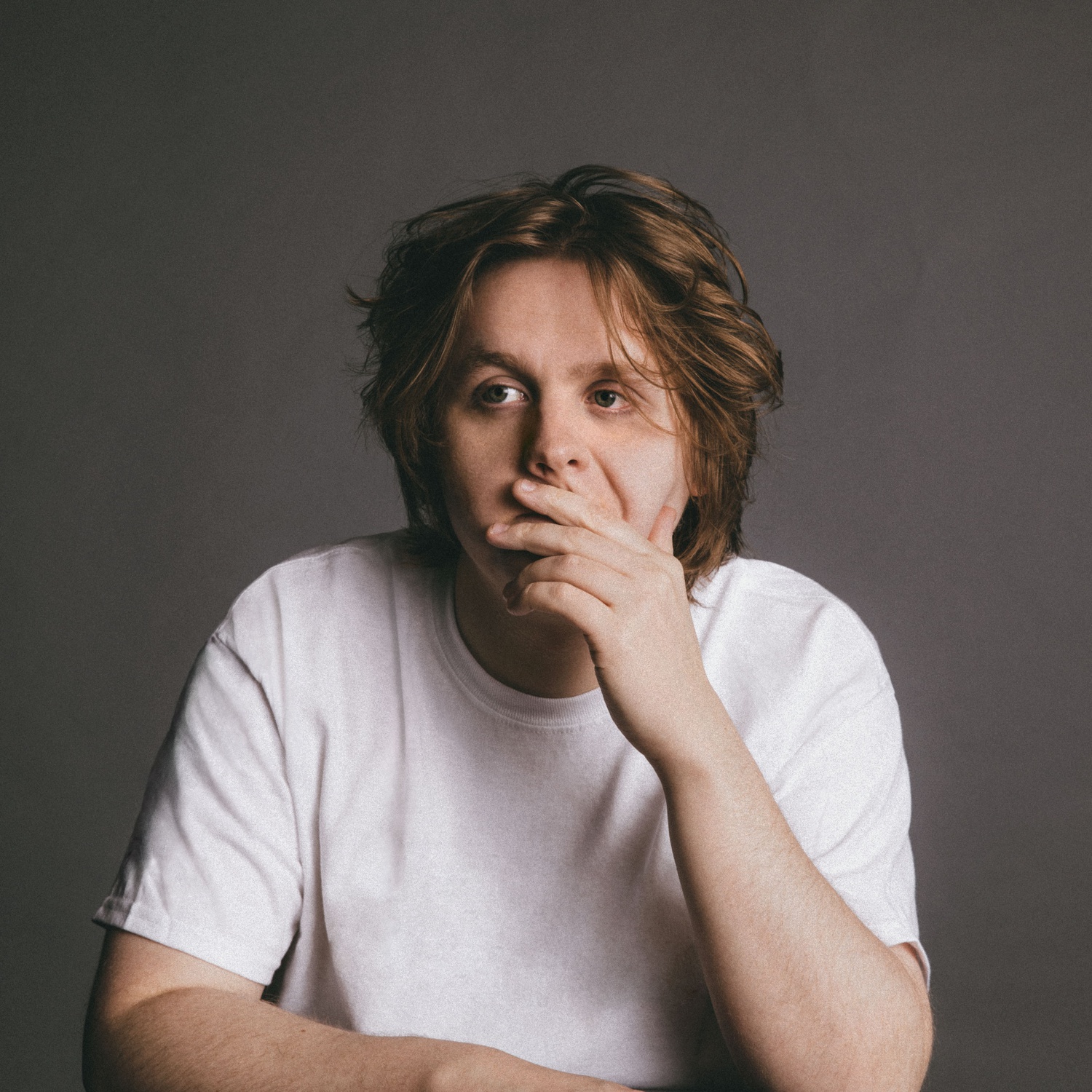 Lewis Capaldi began his set at the Boston Royale on Oct. 9 with drama — drowning the empty with red light, throbbing, chaotic drums, and rippling energy. But then, in a flash, the lights ended, the stage went dark, and a quiet man with a boyish grin and a dark green sweater loped onstage. The sweaty crowd laden in eyeliner and leather jackets had lined up outside the Boston nightclub to see a sad, goofy Scottish boy play his guitar.

Swaggering and silly, Capaldi sauntered on stage making peace signs and pointing at the crowd like a parody of his own genre. “You like rock concerts?” he asked with mock-seriousness. “Then you’ll fucking hate this one.” It’s the kind of joke that would fit right into his notoriously self-deprecating social media. But in an abrupt pivot to his off-Twitter persona, he grabbed the mic with a vengeance and launched into “Grace,” the opener to his new album “Divinely Uninspired to a Hellish Extent.” “I’m not ready to be just another of your mistakes,” he yelled, before quieting down for the first verse. With instant, second-nature vulnerability, he swayed back and forth to the music, an open-book grin on his face. On stage, he looks and sounds like the same kid who achieved notoriety via a SoundCloud recording on his iPhone. Strip away most of the lights, tech, and gimmicky comedy and little is lot — the main event is his powerhouse, effortlessly expressive voice.

Thankfully, Capaldi’s voice as rich and emotive live as in the studio, each syllable articulated with an undertone of desperation. That desperation runs through his lyrics — on his next song, the lingering “Forever,” a mournful, swelling melody makes a well-matched backdrop to lyrics with unadorned longing. In front of an enveloped audience, the song played like an “anti-ballad,” a chorus of shared desire and regret to bring people together. The crowd screamed while he held on to the next-to-last note, until he finally capped it off with the song’s final, soaring “forever.”

After “Forever,” Capaldi stopped to introduce himself. “Boston, how ya fucking doin?” he asked in his thick, drawling accent, before telling us, “I just turned 23 two days ago.” The crowd broke out into an impromptu chorus of “Happy Birthday” but, oddly enough, it didn’t break up the seriousness of the show. Somehow, Capaldi can still make “happy birthday” sound like a break-up ballad. There’s something in the fundamental structural rawness of his voice that inevitably commands attention, signaling, even before the words, that he’s about to pour his heart out.

Watching Capaldi on stage, his vulnerability is instantly compelling. But beneath the gripping performance, it’s easy to forget the almost-dangerous undertone of what he’s actually saying. As he transitions to his next heartbreak song “Bruises”, he belts out, “Counting days / Since my love up and got lost on me,” then “And if only I could hold you / You'd keep my head from going under.” On “Hold Me While You Wait,” later in the night, he sings, “So tell me, can you turn around? / I need someone to tear me down” and on Someone You Loved: “And you're not here to get me through it all / I let my guard down and then you pulled the rug.”

That theme — of complete emotional reliance on another person, and an onslaught of anger and bitterness when they change their mind — was present in nearly every song he sang that night. It would be wrong to draw parallels from everything he writes to who he is as a person, but that edge of entitlement to the emotional support of someone else is certainly present in his music. The kind of over-reliance he writes about can go both ways, but there seems an echo of the particular privilege of masculinity in the way Capaldi sings it. How many women feel entitled to the emotional support of others, so much so that they feel comfortable demanding it from someone even after a breakup? As beautiful as they are, Capaldi’s heartbreak ballads still seemed to unite listeners around an uncomfortable one-way sense of entitlement.

Following “Bruises” with several songs off his new album, Capaldi told the audience he would be closing out out the night with his second-biggest hit, “Hold Me While You Wait.” In one of his many resemblances to Ed Sheeran, a fellow fan of heart-break ballads, “Hold Me While You Wait,” alongside reigning chart-topper “Someone You Loved,” made Capaldi the only artist other than Sheeran to have two songs in the top 5 of the UK Singles Chart.

“Hold Me While You Wait” is incredibly compelling live, each swelling repetition of “Won’t you stay awhile?” more earnest than the last. Its final drum solo made an utterly cathartic culmination of the concert, the singular piano chord at the very end like a collective exhale. After the song’s end, Capaldi shrugged his shoulders, mimed an exaggerated clap, and put on a pair of ridiculous, bedazzled John Lennon glasses. Convincing as he was, it was hardly believable that he was about to walk off stage without singing the song that made him a household name. Halfway through his exit, he laughed, turned around, rolled his eyes, and finally capped off the night with an unforgettable finish — the seven-week reigning single on the UK Singles charts, “Someone You Loved.”