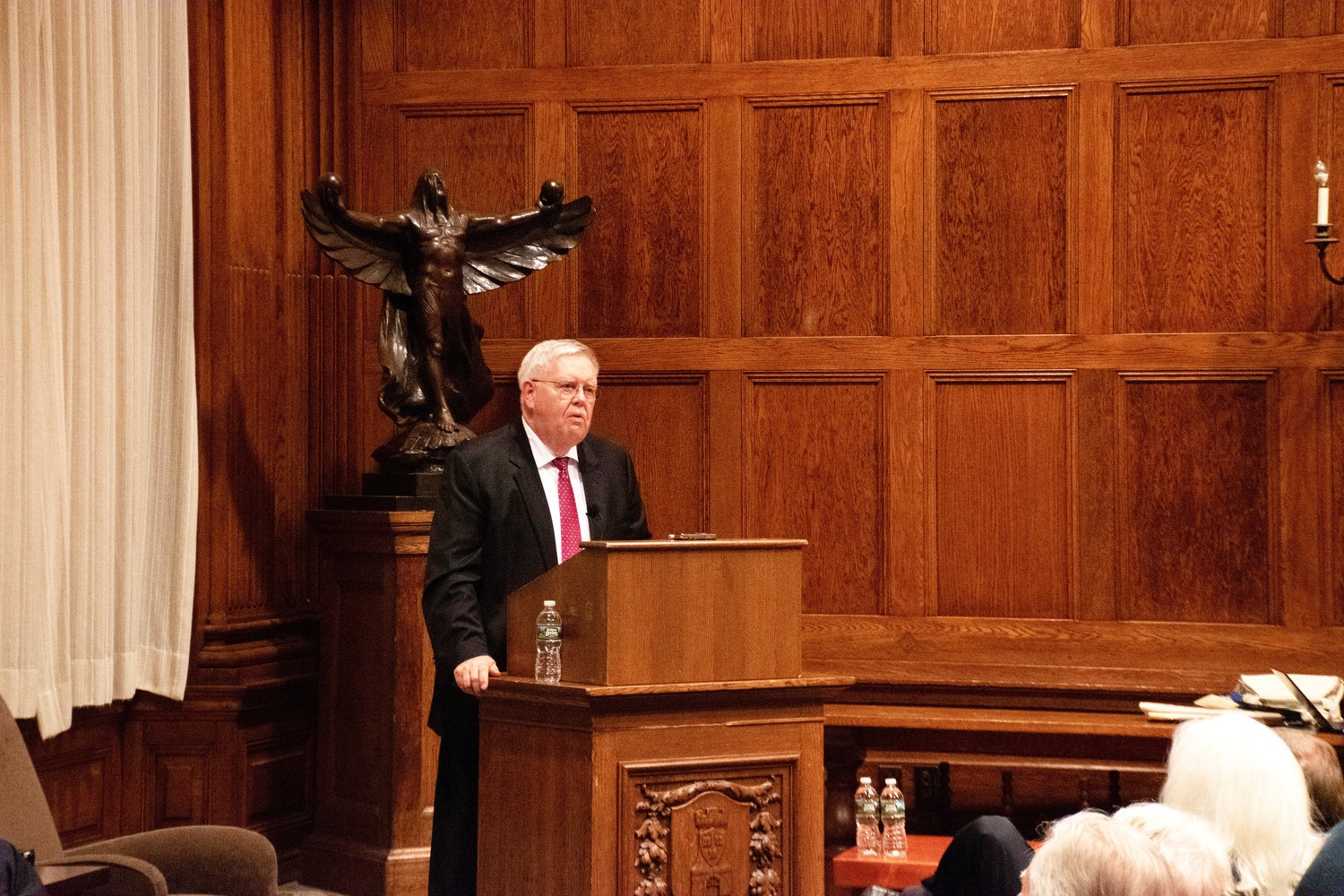 Tefft, who served as U.S. ambassador to Lithuania, Georgia, Ukraine, and Russia during a 45-year career in the Foreign Service, said that “now is the time” for western nations to support the new Ukrainian government.

“You could really get a sense of the palpable excitement in the Ukranian capital, which was generated by the election of Volodymyr Zelensky and the new parliament,” Tefft said, reflecting on his experience attending the Yalta European Strategy Conference in Kiev last month.

Tefft cautioned, however, that change will be difficult to accomplish in Ukraine, which faces issues with corruption and has remained engaged in conflict with Russian forces since 2014 in the eastern region of Donbass.

Temerty Program Director Emily Channell-Justice said in her introduction of Tefft that the program is meant to connect the work of policy professionals and academics.

“The goal of this program in general is to serve as a bridge between the scholarly and policy communities in order to promote a deeper understanding of Ukraine in the world,” Channell-Justice said.

“I’m a firm believer that the more interaction we have between the scholarly community and people who are in foreign service, the better,” Tefft said in an interview after the event.

Audience member Sasha Beresovsky said his personal connection with the ongoing Ukraine conflict drew him to the event.

“My family is from Ukraine, and I wanted to come to this talk to better understand the current situation at home and what I could do to support them,” he said.

The launch of the new Ukraine program coincides with the United States' relationship with the country coming under increased scrutiny. The U.S. House of Representatives is currently investigating President Donald Trump in an impeachment inquiry that was launched after Trump asked Zelensky to investigate former Vice President Joe Biden, who is running for the Democratic presidential nomination, in a July phone call.

Tefft began his talk by stating he would not comment on the current domestic political battle surrounding Ukraine, citing his work as a senior fellow at the RAND Corporation. He did, however, offer support for Marie L. Yovanovitch, the former U.S. ambassador to Ukraine, who testified before the House on Oct. 11 that President Trump pressured the State Department to remove her as ambassador.

“I do want to emphasize that I do feel strongly about the mistreatment of our former ambassador to Ukraine, Marie Yovanovitch, and have signed letters of support to her,” Tefft said.

Tefft said he remains cautiously hopeful for the future, claiming that the Temerty Progra, and the Harvard Ukrainian Research Institute are essential to maintaining open conversations about contemporary problems in Ukraine.

“You have this new government open to change, to reform, to negotiation — it’s important to support Ukraine, to keep giving them leverage in their negotiations with the Russians, to be able to achieve the kinds of things that I think all Americans want,” he said.