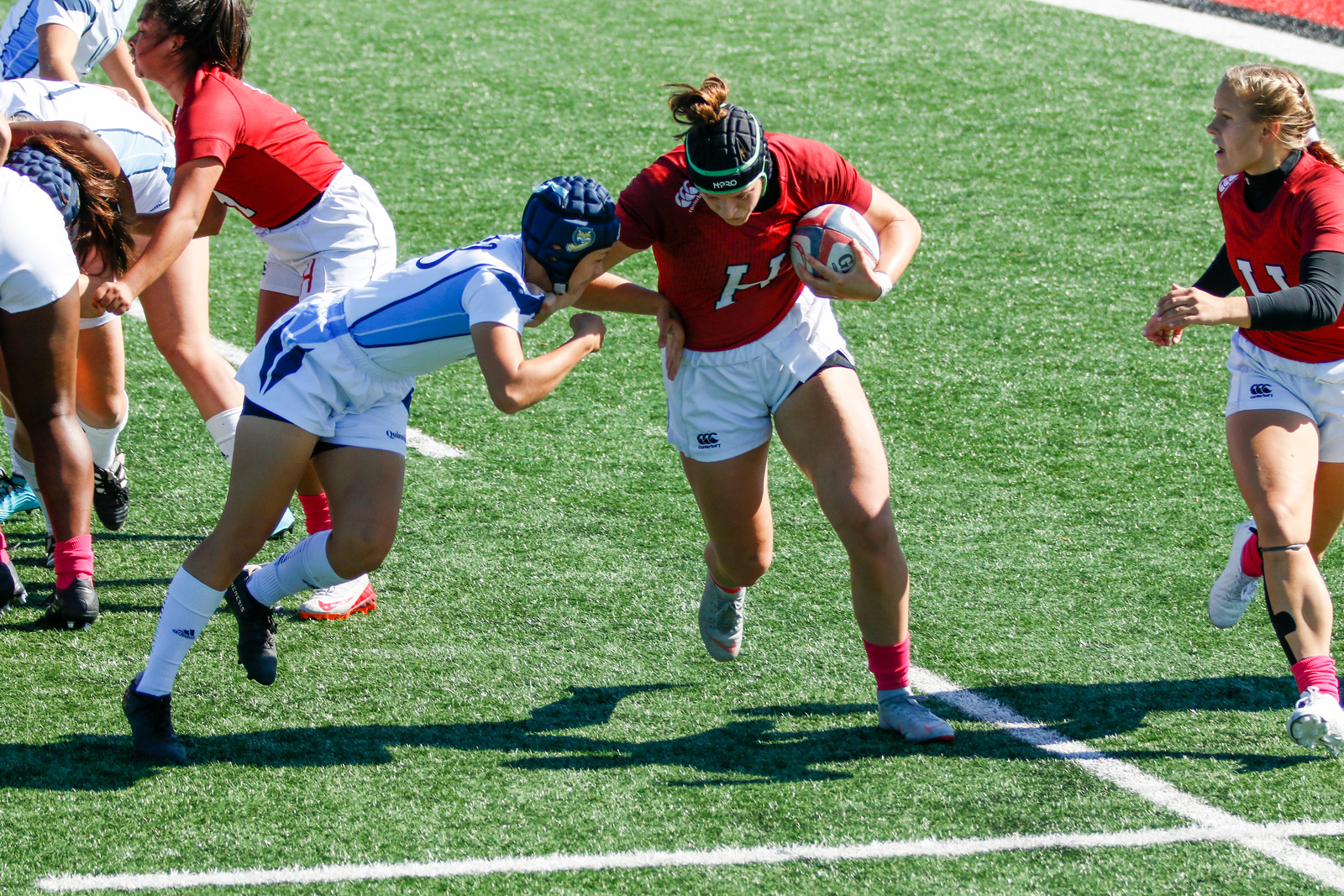 This weekend, the Harvard women’s rugby team (5-1) will host the Ivy League Championship. The Crimson has won its last four games, including a shutout of Notre Dame College, 105-0, and a dominant win over Ivy League rival Dartmouth, 50-32.

“It was super exciting for us to win against Dartmouth the first time we saw them,” said senior Emily Prentice. “It was such a fun, fast-paced, intense game. They’re a really good team so it was great to show everyone the feel of a competitive game.”

Last season, Harvard won the Ivy League Championship, defeating Dartmouth 12-3. But the team fell shortly after to Dartmouth in the NIRA championship, 19-14, further solidifying the intense rivalry between the two Ivy League competitors.

“The past few years we’ve always had a tough rivalry, so the win against Dartmouth this season shows that we can beat them,” said senior Robyn Beese. “Especially the fact that we beat them the first time we saw them gives us a lot of confidence for when we see them this weekend.”

The team’s only loss was its second game of the season on the road against Army West Point (5-1). The Crimson is looking to turn this loss into a teachable moment and learn from the errors made in this matchup.

“We had a really tough game against Army,” recounted Beese. “But I think ever since that loss, we have identified a lot of key areas to improve, so that if and when we see them again, we are able to give them a more even match. I think it will go really well.”

In terms of rugby-specific skills, the team has been focusing on improving its kicking strategy and defensive intensity. But, the team’s biggest challenge will be maintaining mental toughness throughout the postseason.

“I believe that we have the skills to win an Ivy Championship and even the National Championship, but the hardest part for us is the mental game,” said Beese. “However, I think that if we come out on the same page and do what we need to do, we can play some really strong rugby and be super successful.”

Harvard has been focused on working as a cohesive unit. The Crimson’s roster is incredibly deep, which means a lot of players see the field and the lineup is constantly changing throughout games.

“The depth of our roster has been a huge advantage,” said Prentice. “It is really exciting that we have so many players that can come onto the field and our level of play doesn’t drop.”

The team’s level of play has remained elite and competitive from last season, even though Harvard graduated eight important seniors last year. The fact that the team has seen this continued success is fairly remarkable and acknowledges the skills of the talented eight, new freshmen on the roster.

“We have a really large and talented freshman class this year,” said Prentice. “One of our main goals this year was just integrating them into the team and getting everyone on the same page going forward.”

Heading into a difficult and intense postseason, the team looks to maintain this integration and team cohesion. Harvard hopes to experience a strong home field advantage in which many fans come out to support one of the world’s fastest growing sports for women.

“This is the first time ever we’ve hosted both the Ivies and the National Championship,” said Beese. “It is an awesome opportunity, especially in my senior year, so I’m really looking forward to being able to play our biggest championship games at home.”

Harvard will attempt to win Ivies for the second year in a row this Saturday, Oct. 26, and will look to improve from last year’s Bronze in the NIRA Championship the following month on Nov. 17.

—Staff writer Lucy Connor can be reached at lucy.connor@thecrimson.com.