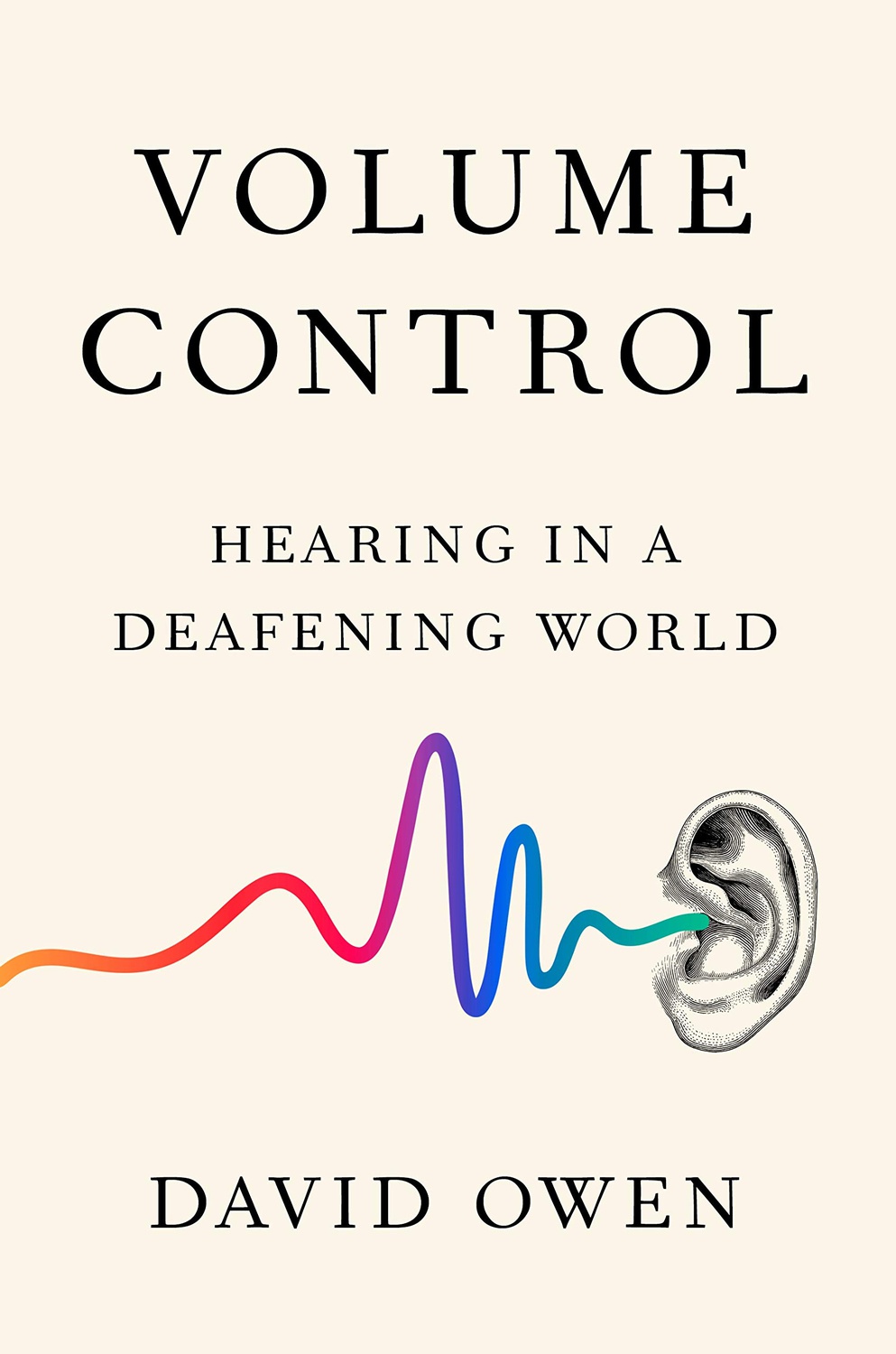 Loud, teenage music listening habits are often used as the scapegoat in conversations revolving around hearing loss and age, but New Yorker staff writer David Owen reasons that avoiding loud and potentially damaging sounds is difficult for everyone in his book, “Volume Control: Hearing in a Deafening World.” Owen imparts immense knowledge of the topic of hearing onto readers through a series of informative chapters filled with readable articulations of research and down-to-earth anecdotes. In essence, he cogently interweaves witty reflection with social commentary whilst unraveling the elaborate details of human hearing.

Likely drawing from his experience as a staff writer for the New Yorker, Owen is not afraid to broadcast his thoughts on society as a critique of human behavior. He acknowledges the privilege afforded to the baby boomer generation as it relates to capitalism “magically” creating solutions to their problems as they arise. Owen writes that, “Now that we’re losing our hearing, the market has turned its attention to our ears, with which we’ve been as reckless as we have been with the earth’s once seemingly inexhaustible store of natural resources.” His ability to situate environmental issues and economics within a discussion about hearing loss is quite remarkable, considering these two issues on the surface appear unrelated.

Like many books of this type, Owen draws much of his content from anecdotes he encountered in his research. Although this format becomes somewhat predictable after six chapters of reading, it is clear that Owen cherry-picked the most engrossing and stimulating accounts for those featured in the book in order to avoid monotony. With stories ranging from his friends’ earwax extraction to his grandmother’s hunting date that proved detrimental to her hearing, it is hard to imagine a more effective method of covering the subject of hearing.

Owen evenly spaces his conversation of human hearing as the novel progresses in a somewhat sequential structure. This structure works well for this book and is almost undoubtedly conventional despite the fact that there is little precedent for this type of exploration into the subject. That is, very few pieces of writing attempt to delve deep into the science of hearing and progress to a discussion of solutions to varying levels of hearing loss in the way that “Volume Control” does. To demonstrate, where else can one find a sentence that reads, “The cochlea occupies a small cavity in an exceptionally unyielding part of the skull, a pyramid-shaped structure known as the petrous part of the temporal bone” in the same book that contains the sentences, “Hearphones, legally speaking, are not hearing aids. But they used the same microprocessor that hearing aids do, and, although they aren’t promoted that way, they address the same issues?” Although “Volume Control” technically cannot be classified as a novel, Owen does incorporate a novel combination of research into his book.

Periodic digression in Owen’s book seamlessly aligns with his structured presentation of research in a way that amplifies his personal voice and serves as “Volume Control”’s version of comic relief. For example, Owen alludes to common topics of debate throughout the book. “An occasional activity for my friends and me, when we were lads, was to consider whether we’d prefer to be frozen to death or burned, hanged or guillotined, shot by a firing squad or drowned — a classic sleepover thought problem.” This story’s charm lies in the genuine portrayal of adolescent conversation that transcends its morbid topic. Owen also writes, “The answer to the old brainteaser about a tree falling in a forest — if there’s no one there to hear it, does it make a sound? — is no.” Tangents like these effortlessly give the book character.

This book addresses the implications of hearing loss in our society with the clarity of Owen’s salient journalism. Those who happen upon this book will be treated with a wealth of knowledge and hope for future hearing technologies. Owen manages to break down the complex subject of human hearing into chewable bites of information, which sets “Volume Control” apart from the vast amount of esoteric literature on the subject.