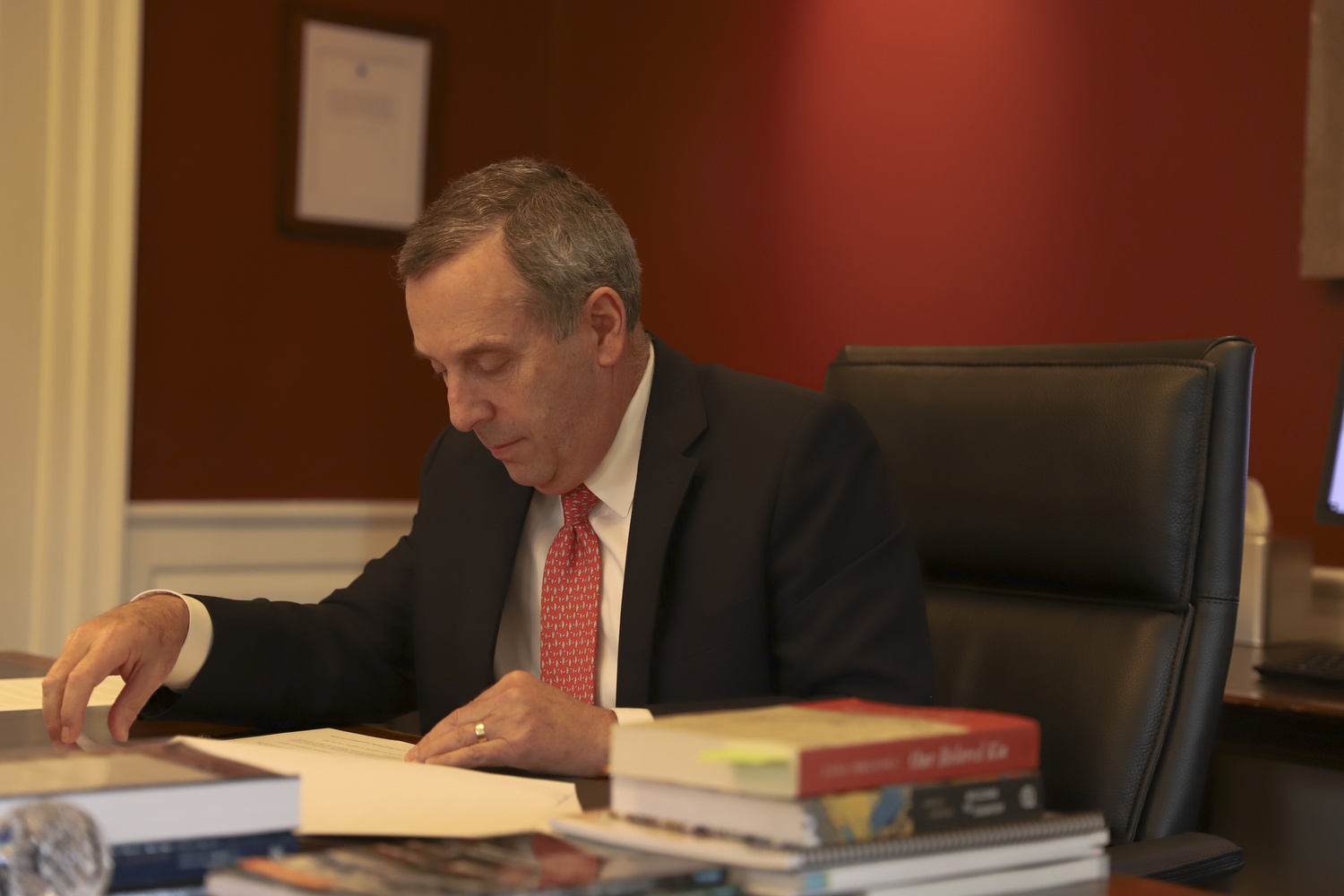 A group of alumni and faculty supporting fossil fuel divestment penned a letter to University President Lawrence S. Bacow and Senior Fellow of the Harvard Corporation William F. Lee ’72 last week asking for a meeting with members of the Corporation — the University’s highest governing body — to discuss divestment.

“The world is already awash in reserves of fossil fuels, and if we are to have any chance for a sustainable future for life on the planet, it is suicidal to continue to support the exploration for or development of even more fossil fuel reserves,” the letter reads.

The letter recommends that the Corporation instruct the Harvard Management Company — the University’s financial arm — to withdraw any investments in the fossil fuel industry and replace any financial advisers who are unwilling to carry out divestment.

The letter also asks the University to clarify its policies about engagement with fossil fuel companies. Bacow has resisted divestment, arguing that Harvard can help mitigate climate change by working with these companies. In September, HMC joined the Climate Action 100+, a group of investors committed to pushing greenhouse gas emitters to take action on climate change initiatives.

Wirth said Harvard must look past administrators’s past rhetoric to dispute divestment.

“It’s time for the University to pay attention to its responsibilities — those include how its endowment is invested,” Wirth said. “They act as if it’s 20 years ago, and in fact, it is a time of accelerating climate crisis.”

“I’m continually surprised at their recalcitrance and the fact that they fall back on answers that proved inadequate ten years ago,” he added.

University spokesperson Jason A. Newton wrote in an emailed statement that the University has and will continue to maintain communication with the Ad Hoc committee.

“Harvard has received the letter, and is in regular communication with Senator Wirth,” Newton said. “President Bacow and Bill Lee have met with him and many of the signatories of this letter, and we expect to stay in close touch with this group.”

The letter makes a point to reference other institutions of higher education who have chosen to divest from fossil fuels, including the University of California and Smith College.

“Our country and the world are changing rapidly, and it is past time for Harvard to change as well, to move beyond the tired, outdated and ineffectual policy established years ago,” the letter reads.

The letter also mentions Corporation members’ current and previous professional ties to the fossil fuel industry, including Theodore V. Wells, who recused himself from any Corporation deliberations or votes related to fossil fuel divestment in 2015, when he became legal counsel for ExxonMobil in climate change litigation.

The letter closed by addressing methods the group has deployed for creating a “broad coalition of alumni” who support fossil fuel divestment, including hiring professional organizers to help coordinate alumni support.