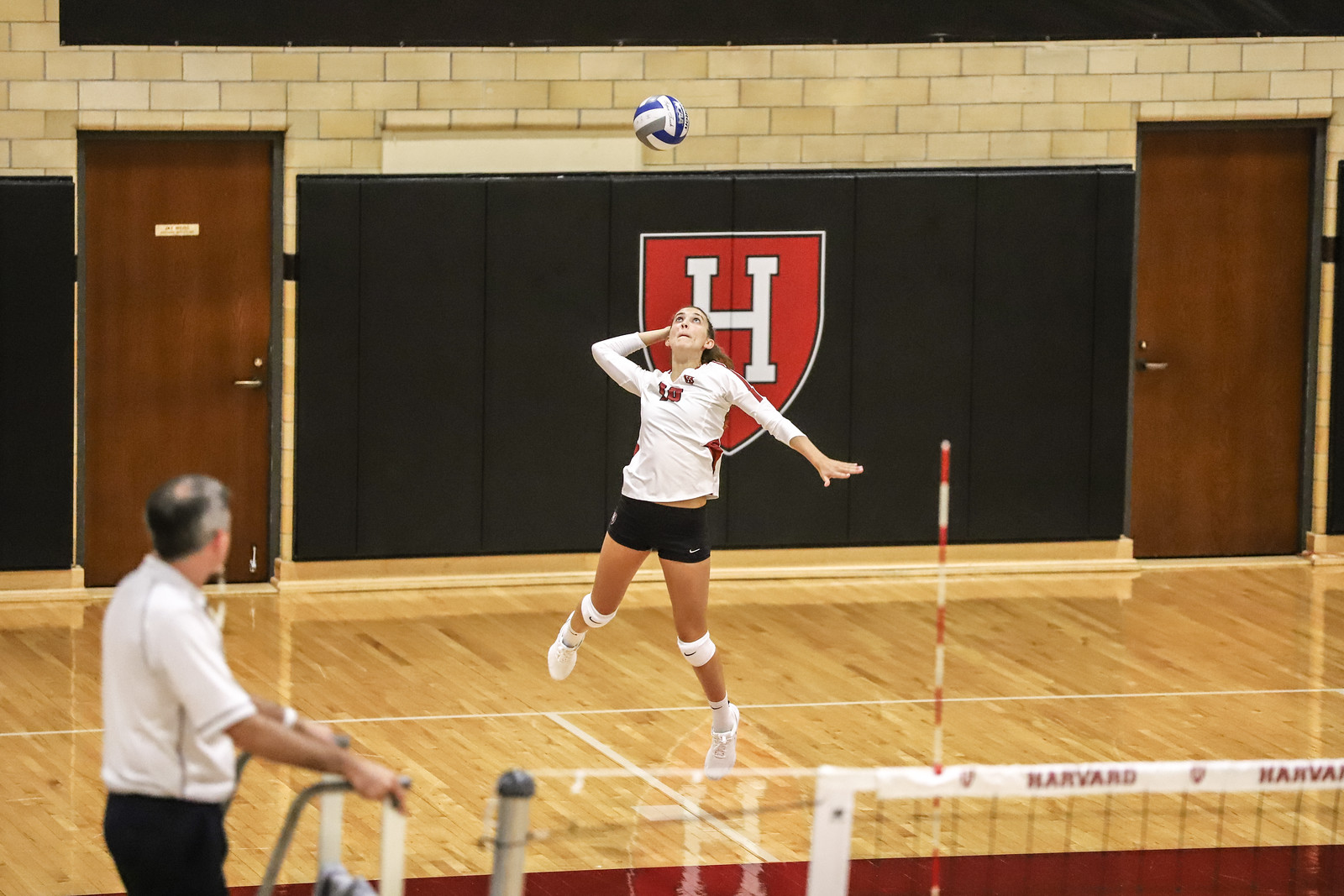 The Crimson will look to rebound from the tough loss with home tilts against Brown and Yale this weekend. By Quinn G. Perini
By Eliot Min, Contributing Writer

After dropping its first two sets against a relentless Dartmouth squad, Harvard women’s volleyball fought its way to an extra point showdown in the third set — however, it squandered seven set points and eventually lost the set 32-30 to drop the match, 3-0, last Friday. The heartbreaking loss dropped the Crimson to 2-6 in Ivy League play this season.

In the first set, Harvard built up a 19-14 advantage and looked poised to take a 1-0 lead over its Ivy League rival. However, the Big Green responded with an onslaught of kills and rattled off nine straight points to flip Harvard’s 19-14 lead into a 19-23 deficit. Dartmouth eventually won the set 25-21. The Crimson was unable to recover for the rest of the match, dropping the second set 18-25 and falling just short in the closely contested third. It was the team’s second straight grueling loss against the Big Green: the team previously lost a tough match against its Ivy League rival 3-2 to close out September play.

In spite of the disappointing finish, the match was not without its bright spots. Junior outside hitter Mindie Mabry recorded her second double-double of the season with 14 kills and 15 digs. First-year setter/hitter Ashley Wang recorded a season-high 25 assists to go along with her three service aces. Senior outside hitter Grace Roberts Burbank, first-year outside hitter/right-side attacker Katie Vorhies and Wang each tallied five kills to contribute to Harvard’s offense. The team didn’t do quite enough to topple its Ivy League rival, but it hopes to take these positives from its performance and channel them towards a successful finish to the season.

Harvard will not get another opportunity to play Dartmouth this season, but the team gets six more cracks against Ivy League rivals in November. The squad will look to rebound from the tough loss with home tilts against Brown and Yale this weekend. The games will take place in the Malkin Center from November 1-2.