‘M. Butterfly’ Animates a Classic Play with Creativity and Care 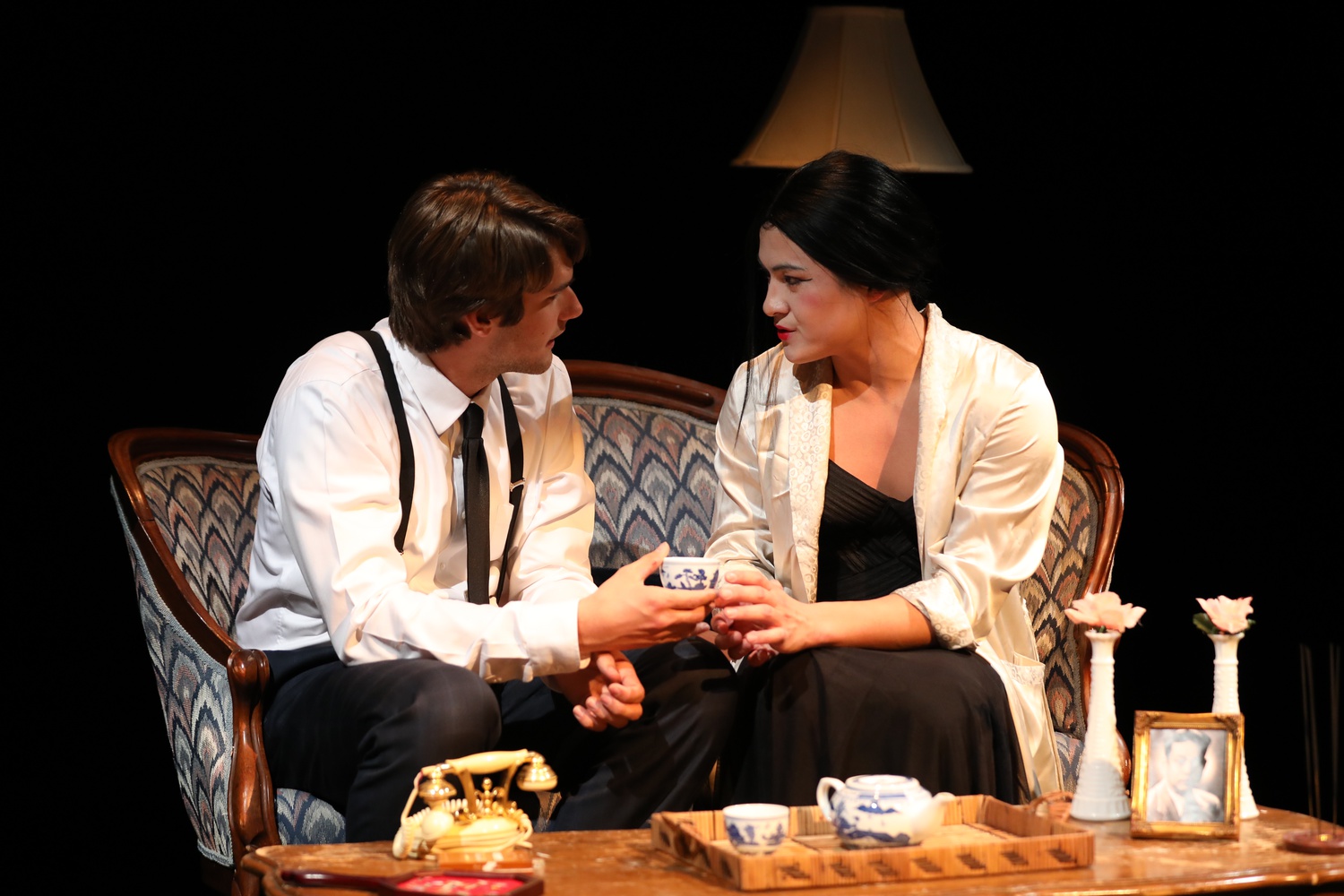 The swirl of a silken sleeve. Eyes, batting behind a fan. The “Perfect Woman,” delicate as a butterfly — and not, in actuality, a woman.

On Friday, Nov. 1, “M. Butterfly,” presented by the Harvard Radcliffe Dramatic Club, opened at the Loeb Experimental Theater. Written by David Henry Hwang, the show originally premiered in 1988, and proceeded to win a multitude of awards, including a Tony for Best Play. Directors Shirley L. Chen ’22 and Eric J. Cheng ’20 (who also stars as the inimitable Butterfly) describe the show as “angry, raw, and fiercely critical,” a perception that shines through in their production.

In the play, a shamed French diplomat by the name of Rene Gallimard (Henry R. Lynch ’20) reflects on his life and the decisions that led him to the “four-and-a-half meters by five” French cell he finds himself occupying on counts of espionage. His story, intertwined with that of the famed Puccini opera Madame Butterfly, details his crimes — namely, treason against his country by way of an illicit affair with Beijing Opera singer Song Liling (Cheng). Gallimard calls Song “his Butterfly,” the “Perfect Woman” who turns out to be a spy for the Communist Chinese government, and a man.

Beyond the narrative on the page, however, are the darker themes that “M. Butterfly” contends with: ideas of Orientalism, differences between East and West, and the stereotypes of submissive Asian women and dominant, “cruel” white men. “M. Butterfly” does not mince words — it’s in-your-face about the issues with these types of stereotypes — but is still an incredibly complex, nuanced piece of writing that is handled with great care and understanding by the show’s cast.

Rene Gallimard is the primary narrator of the play, performing both omniscient speaker and actor in the flashbacks showing the events that transpired in his life. Lynch brings a stylized innocence to the role, convincingly articulating how and why the implausible events of Gallimard’s life came to be. His earnest explanations of his story when addressing the audience coupled with his simple charisma easily garner sympathy from the audience.

Though this is Rene Gallimard’s story, the real star of the show is Butterfly, or Song Liling, who eventually wrests narrative control of the story and becomes the speaker while Gallimard is silenced. Cheng dazzles as Butterfly, bringing a passionate anger and intelligence to the role and showcasing the critical elements of the play’s writing in its outright discussion of problematic stereotypes of the East created by the Western gaze.

This production was unique in that members of the production had the incredible opportunity to meet and work with BD Wong, the original Song Liling. For Cheng, whatever insight BD Wong imparted upon him worked: He captured the heat of Butterfly’s anger, feelings of trapped helplessness, and manipulative qualities. Along with his fellow actors, Cheng’s dedicated, energetic performed successfully animated the at times dense and dialogue heavy show.

The staging further brought the text to colorful, vibrant life, thanks to the direction of Chen and Cheng. The set is purposefully divided into East and West, with Gallimard’s cell/France/the West on the left, and Butterfly’s parlor on the right. Only Gallimard and Butterfly ever cross between sides. The center platform’s multiple uses as a traditional Chinese theater stage, an actual bed, and a judicial court creates even more nuance and meaning to how these physical locations connect in the story — the constant performativity displayed by Butterfly’s character in all locations.

Another standout aspect of the staging was the use of the balcony area. Placing actors physically above the other characters onstage immediately imbued them with authority, power, and in Butterfly’s case, otherworldliness. The scenes on the balcony thus took on a transcendent quality that was thoroughly captivating.

“M. Butterfly” is an incredibly thought provoking play that works through difficult topics of Asian identity with finesse, and asks audiences to consider their conceptions and prejudices about Asians and how they fit into the larger Western perception of the East. The production treats the original material with the utmost care, illuminating the messages between the lines of the text and placing its raw and emotional critiques on display. The show does important work in putting Asians and Asian-American identities on stage, and the creative staging and compelling acting elevate this already extraordinary story to new heights. All in all, Harvard’s performance of “M. Butterfly” is a must-see that will have audiences leaving the theater with a new perception of Asian identity.