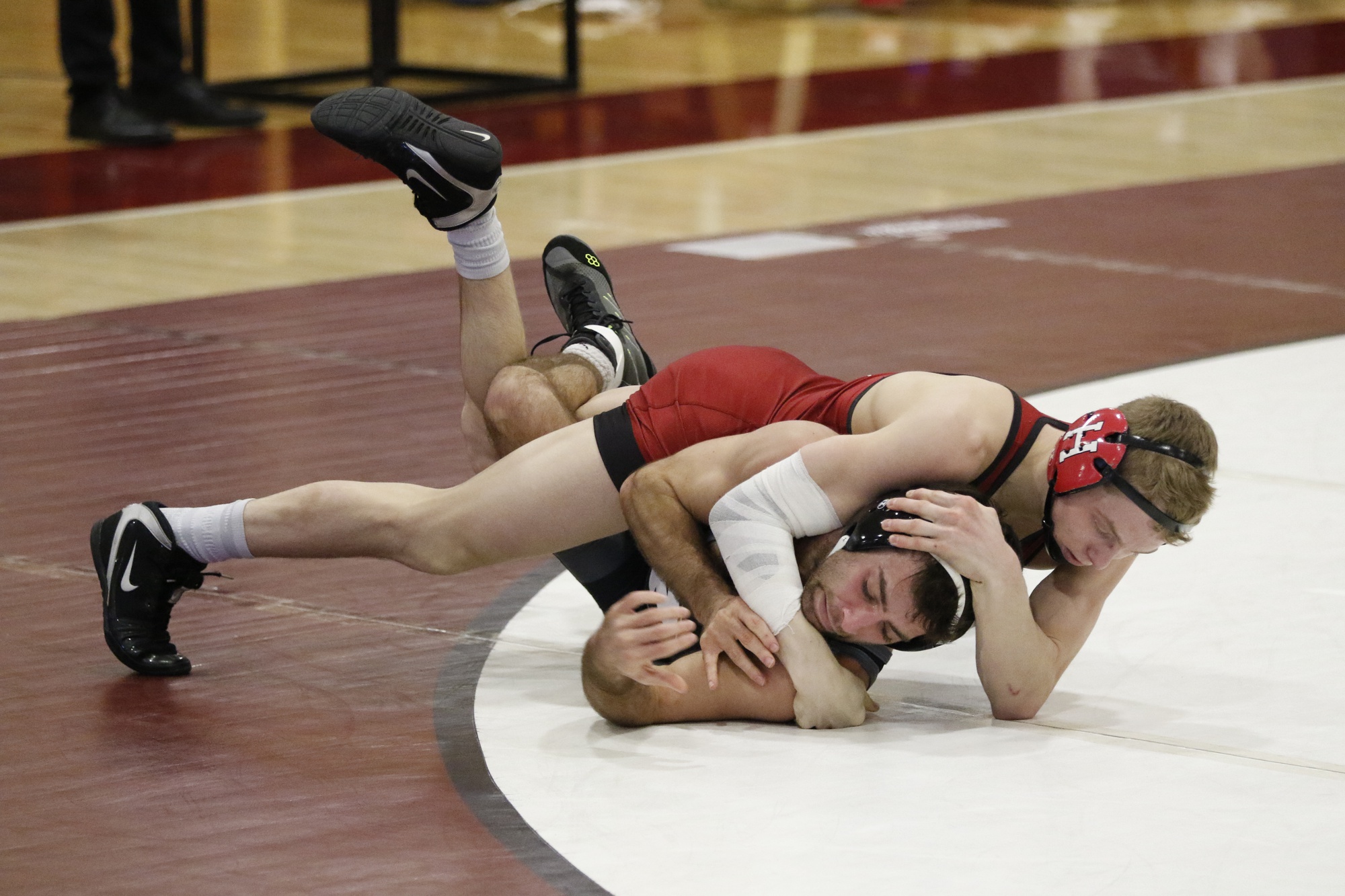 The Crimson opened its season at the Bearcat Open this past weekend. By Timothy R. O'Meara
By Nicholas Daley, Contributing Writer

“The guys came in and wrestled hard,” captain Hunter Ladnier said. “We had seven placers, which is more than we’ve had in years past, which I think is a reflection of our hard work week in and week out this fall, this summer, and last spring.”

The headline for the Crimson was the standout performances from members of its freshman class, beginning with Phil Conigliaro, who took home the title in the 165 pound weight class. Conigliaro, a native of Dedham, Massachusetts and former Prep National champion, comes to the Crimson after a summer in which he was named an All-American at the Junior U.S. Open and came in third at the Junior World Team Trials.

Conigliaro eased past wrestlers from Bucknell and Lehigh in the first two rounds before defeating Cornell’s Jakob Brindley in the Semifinals. In the Finals, Conigliaro topped 2019 second-team All-Ivy selection Adam Santoro, also of Cornell, 6-3 to secure the tournament victory.

Also finding success for Harvard was freshman Heavyweight Yaraslau Slavikouski, who finished as runner-up at 285 pounds. The Belarus National Team member narrowly made it past three wrestlers from West Point, winning each match by three points or fewer. In the Finals, Slavikouski was pinned by star Cornell commit Lewis Fernandes, who was wrestling with the Finger Lakes Regional Training Center.

A year after finishing a disappointing 2-9 in dual meets and 14th out of 16 teams at the EIWA Championships, Harvard enters 2019 with greater expectations, in large part due to the team’s crop of freshmen, who may make up over half of the team’s starting lineup. The Crimson also got a boost from new Head Assistant Coach Jimmy Sheptock, who joined the team from the University of Maryland and designed much of the team’s preseason workout schedule.

“Guys were able to come into the first tournament in shape and confident,” Ladnier said. “We did a lot of running this preseason, a lot of stadiums, pushed very hard, and spent a lot of time on the mat, as well.”

To Ladnier, the tournament was just the first test in the long journey to reach lofty heights. This was an important step towards our goal of placing guys high at the EIWA tournament,” Ladnier explained. “Sending guys to nationals, and producing national champions.”

The team suits up next on November 24th at the Keystone Classic in Philadelphia.