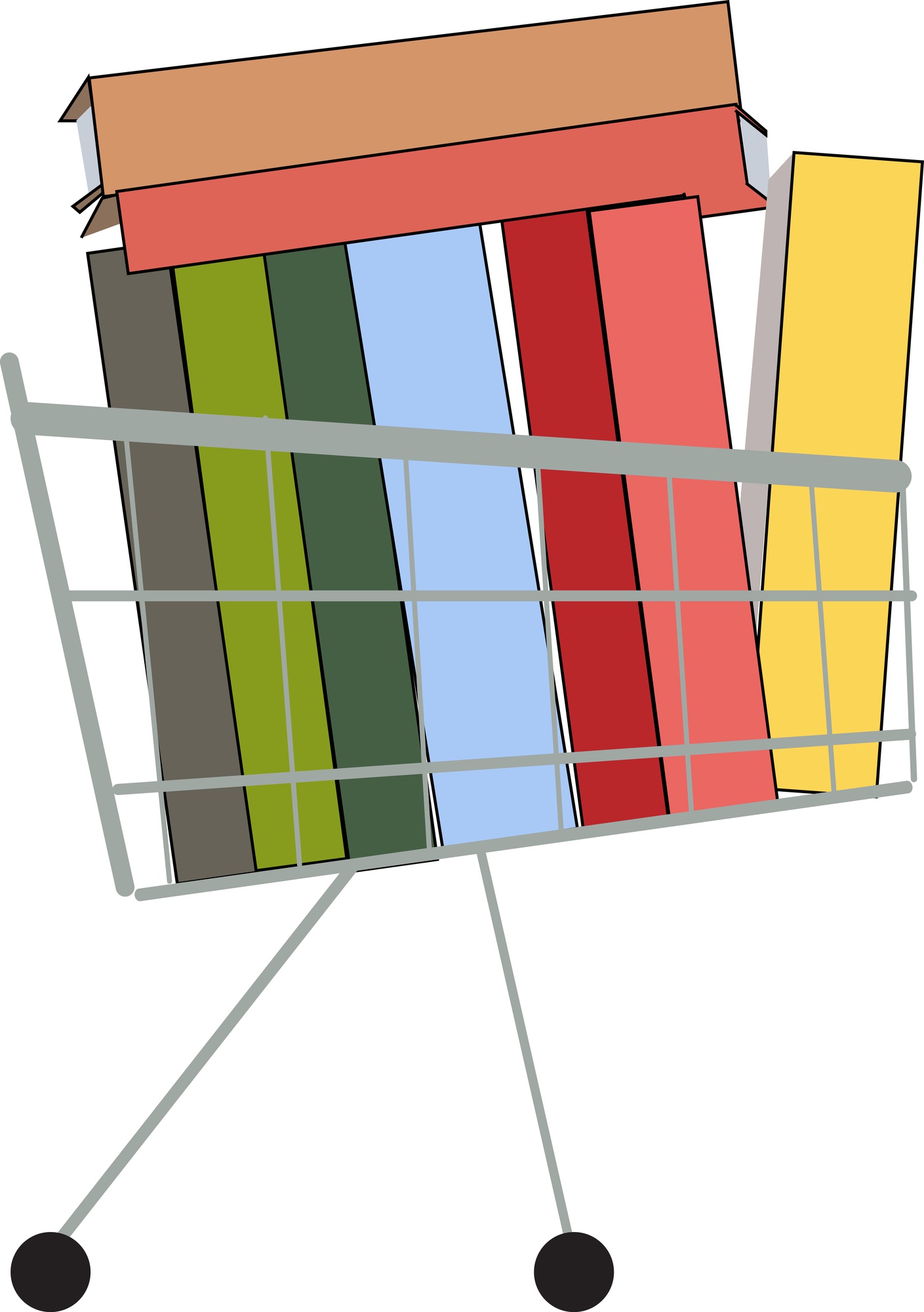 Relics of An Old Cambridge

“It’s my only source of income," Brehm says. "It’s always been sort of a grand adventure. I’ve always been too optimistic. Too out-of-touch.”
By Luke A. Williams

Jonathan Brehm’s hands have been cleaning books with alcohol and acid for decades. They’ve scoured yard sales and churches for nearly fifty years, collecting a library to rival Alexandria’s. Now, they’re struggling for survival in a swiftly evolving Cambridge.

Brehm calls himself the Cambridge “Book Scout,” the “last relic of an old Cambridge.” Every Sunday, he sets up shop from sunup to sundown on the southeastern corner of the Cambridge Post Office, directly across from Cambridge City Hall. From his two-garage collection of more than 10,000 books, each week Brehm selects a lucky 20 cardboard boxes or so — nearly 1,000 books — to pack onto his cart and spread across the curbside. Brehm’s collection spans everything from Mayan histories to linear algebra textbooks to first-edition hardcover gems. 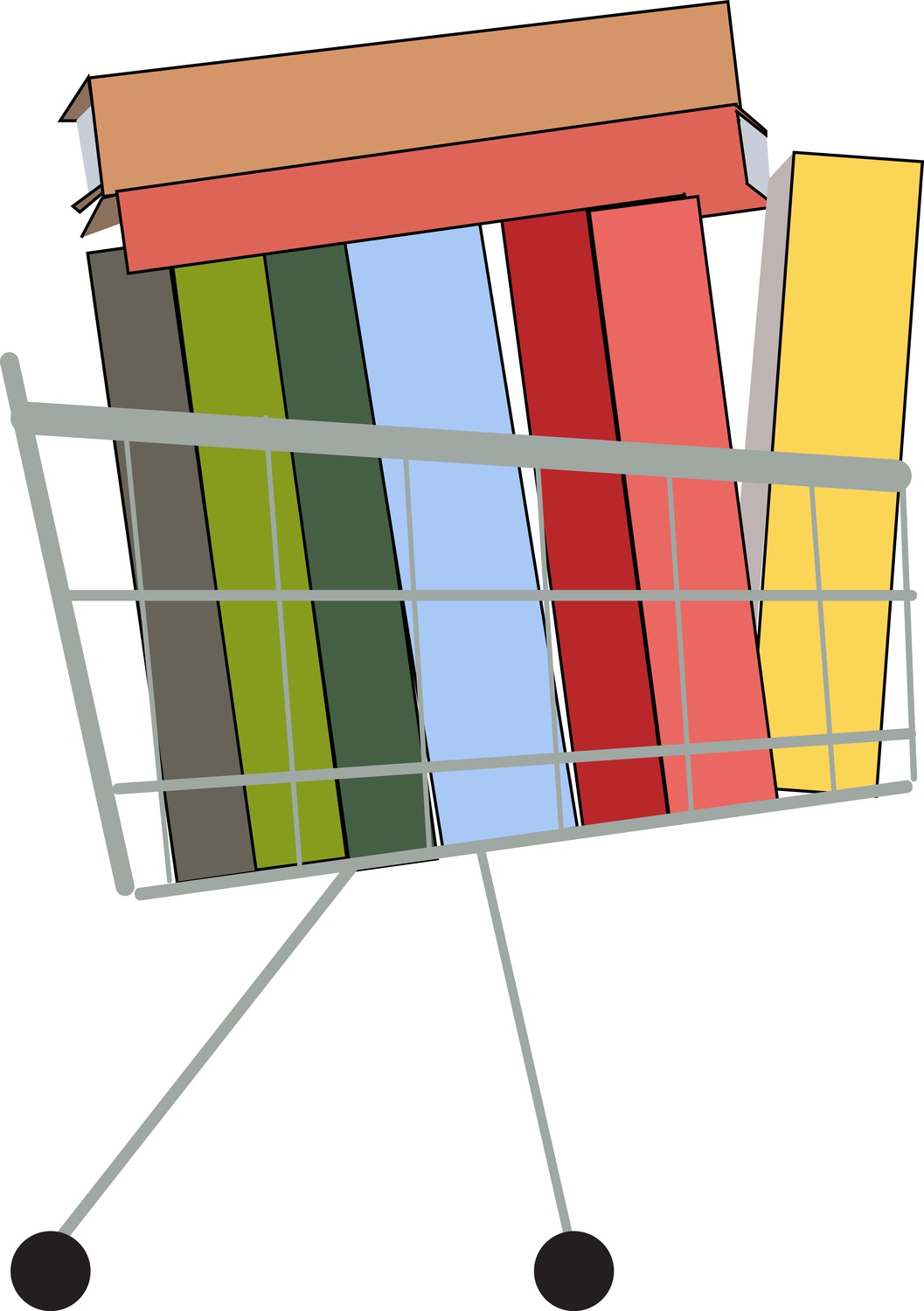 Every Sunday, Brehm sells books at the corner of the Cambridge Post Office. By Talia Bartley

“Seventy-five to 80 percent off! Need a price, give a shout!” Brehm declares every time a pedestrian lingers at one of his boxes. In a quiet moment, Brehm takes a long breath in and begins to roll a cigarette.

Brehm was born in 1952. Growing up in New York City, he often got caught up in “territorial” skirmishes, running away from older boys and finding refuge in libraries. Brehm would spend hours camped out among the stacks; he says they have always been a “safe space” for him.

At 16, Brehm dropped out of school and began living with friends on the Lower East Side and working as an usher. After two years, Brehm had saved up almost $60,000 and, frustrated with New York, he moved to Cambridge.

Living in a remarkably low-rent seven-room house near Central Square, Brehm opened up a guitar repair shop that he would run for 30 years, until 2000. He lived in “sumptuous poverty,” and spent his time pursuing two hobbies — album and book collecting.

“Comparatively speaking, Cambridge was slow and pastoral; it was very attractive,” Brehm says. “Unfortunately, all the things I thought I was escaping in New York have made their way here.”

Brehm describes the Cambridge of his youth as full of poetry, literature, and music. He established himself in the Central Square music scene, frequenting parties where all the talk was about the latest album, book, or poem to strike the beatniks’ fancy. Brehm had found a tight-knit community of arts-minded people like himself.

“You know, if you hadn’t read ‘100 Years of Solitude’ nobody’s going to talk to you at that party. You can’t even imagine that anymore,” Brehm says.

When he moved to Cambridge, Brehm began scouring Cambridge yard-sales for books and albums — not only for his personal collection, but to sell to local second-hand book and music stores. The Cambridge bookstore scene was rich, and Brehm quickly learned which stores wanted what, and he “played them off of each other.”

Brehm’s book-collecting today doesn’t look altogether different than it did in 1970. “I ride on my bike five, six days a week all over Cambridge and Somerville,” Brehm says. “I have constellations of libraries, churches, yard sales. I know the timing, the setting, the owners. I know more or less who’s running the floor.”

While Brehm’s book scouting has remained his hobby for nearly half a century, the book store scene of his youth has “dissipated” in the face of rapid gentrification.

“The survivors complain, and the ones who are gone are just gone. It motivated me to run my own show,” Brehm says. “Localism has been replaced by this kind of abstract ideal of accessing stuff, not sticking around long enough to let a place sink into your psyche.”

After 30 years of what he calls “unreality” — filled with smoking too much pot and buying too many books — Brehm lost his house in 2000. Immediately, he needed to find a place to store 5,000 albums and his library. He and his girlfriend began squatting with friends across the city, and Brehm spent his weeks biking, hawking books from yard-sale to store, trying to come up with any income he could scrabble together.

After seven years of alternating between the streets and boarding with friends, Brehm’s girlfriend was diagnosed with cancer and began undergoing chemotherapy. Brehm had accumulated a collection of excess books at the time, and he decided he should start selling them on the Post Office’s corner on Sundays to help pay for the treatment. After a year of treatment, his girlfriend died. Brehm decided to continue selling — this had become his livelihood.

After nearly 10 years of sleeping on the streets and watching the city change around him, Brehm finally made enough money to afford Cambridge subsidized housing in the fall of 2017.

“If not for Cambridge subsidized housing, none of this would be possible,” Brehm says. “I even have a workshop out in Walden now, my house around Central, and two garages nearby.”

Even with things looking up, however, Brehm says he sells fewer and fewer books every week.

“It’s pretty pathetic if you think about it, that I’ve been doing this for 13 years,” Brehm says. “It’s my only source of income… For me, it’s always been sort of a grand adventure. I’ve always been too optimistic. Too out-of-touch.”

Brehm believes he is selling fewer books because passersby are increasingly less interested in Cambridge: they are more interested in their phones, in the new restaurants moving in from New York and California. Students move in and move out without taking the time to look around.

“It’s a fluctuant time. I take my cues from a potpourri of inputs. Just trying to keep up with all the rapid changes,” Brehm says. “There’s also such a new appreciation of the tech thing in general. Even the poets want to be tech-savvy now. They’ve left me behind. I don’t mean to be so yappy, but I’m kind of scared.”

As the wind picks up and the sky turns grey, Brehm pulls his hat down over his ears. He buttons up his coat and flicks his cigarette into the street. A passing cyclist races by, waving at Brehm. Perhaps it is the sting of the cool wind, or perhaps it is the song he starts humming, deep in his throat — but suddenly he tears up, rubs his eyes, and speaks.

“It’s a little bit like that song, you know, John Henry,” Brehm says, referencing Johnny Cash’s Ballad of John Henry. “He’s a spike drivin’ man. That’s his gig. He drives these spikes for the rails to go into the crossbars underneath. And eventually they come up with this machine that drives the spikes for him. He’s been the engine of his own end. He dies with the hammer in his hand. It’s pathetically tragic. I worry that I’ve done that to myself.”