‘Riverdale’ Episode Six Recap: At This Point, Being Bad is ‘Hereditary’ 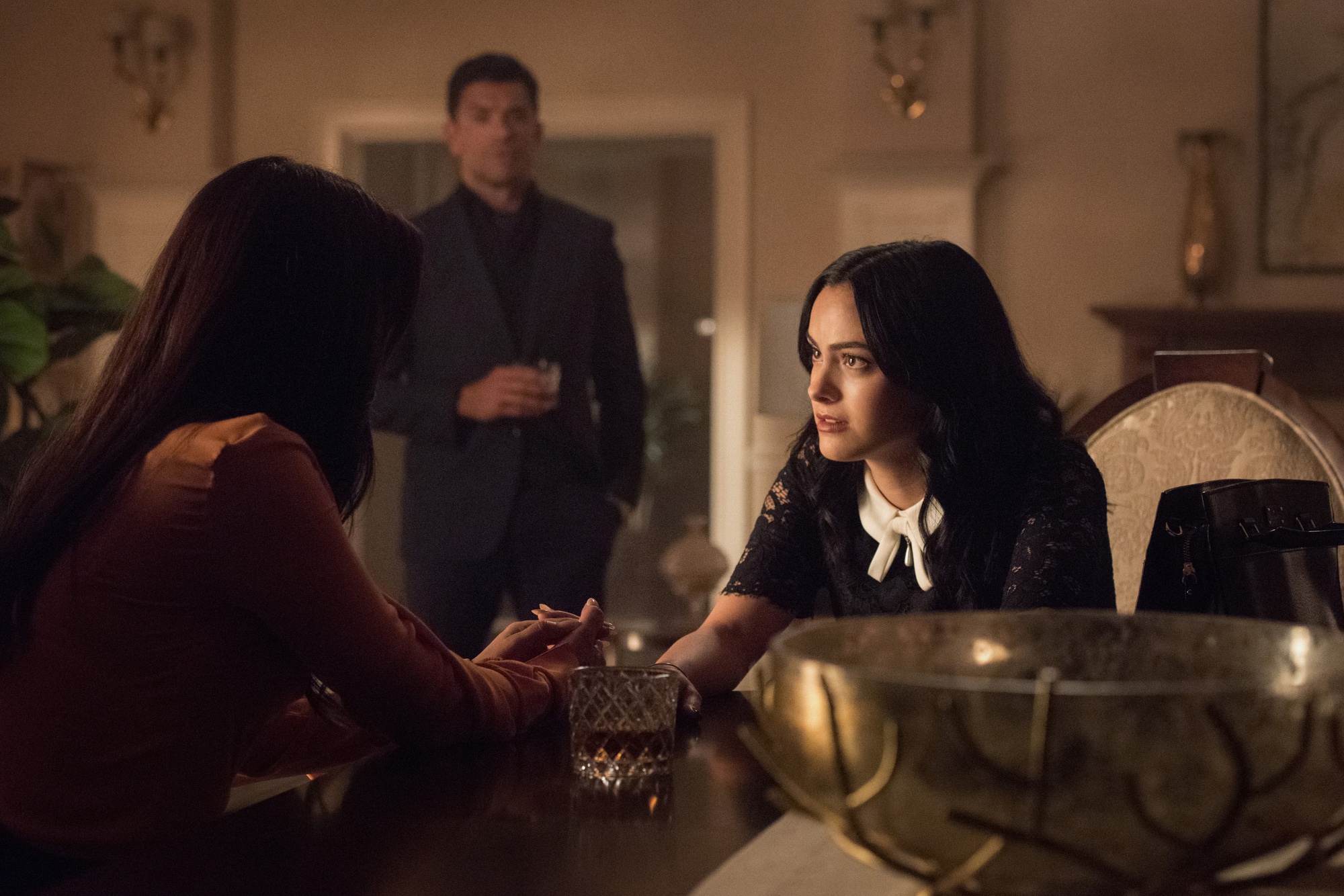 Camila Mendes as Veronica Lodge in 'Hereditary.' By Courtesy of the CW
By Caroline E. Tew, Crimson Staff Writer 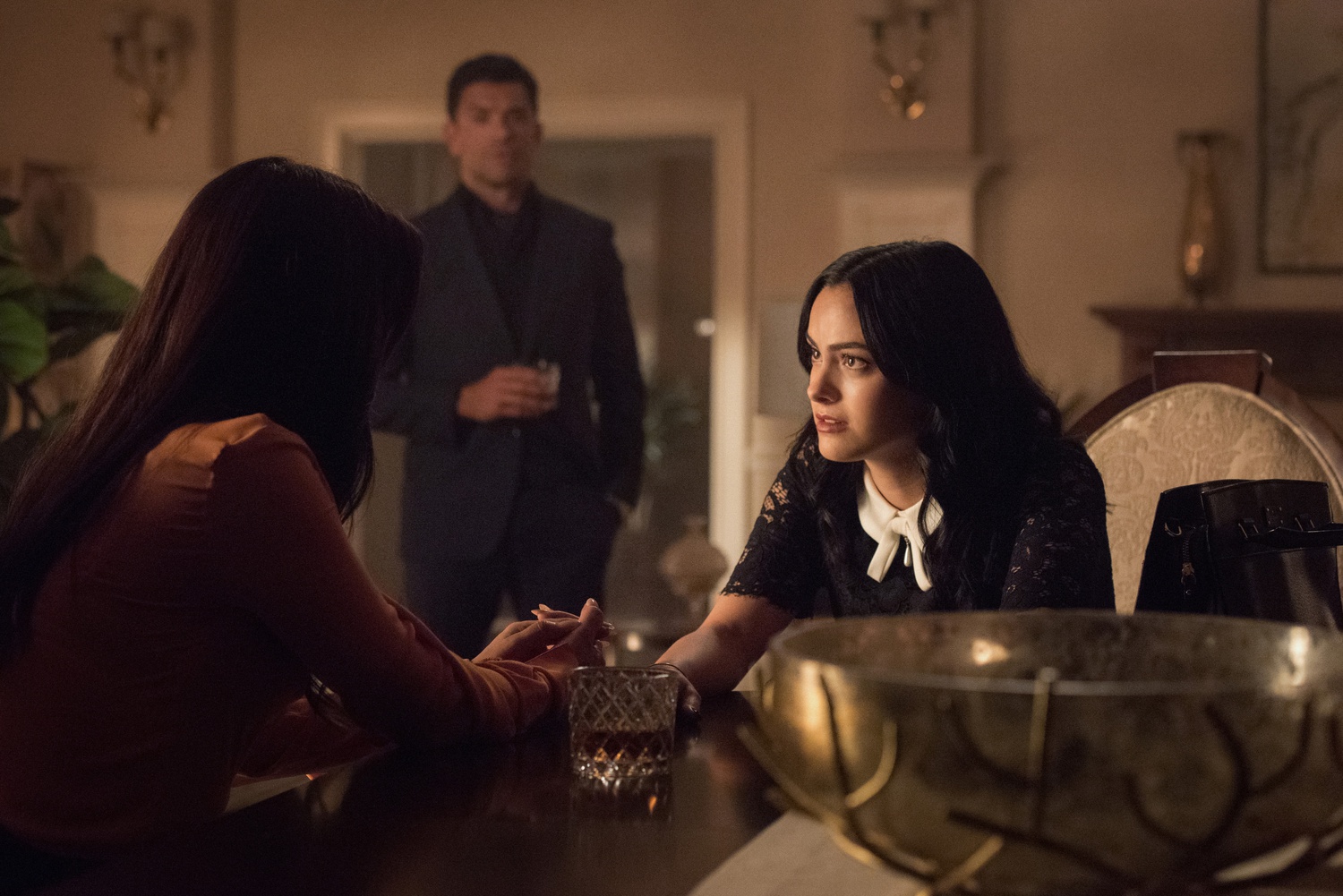 Camila Mendes as Veronica Lodge in 'Hereditary.' By Courtesy of the CW

“Meanwhile, in existential hell, I was facing the tyranny of a blank page,” narrates Jughead’s (Cole Sprouse) disembodied voice at the beginning of the episode. It seems likely that at some point in time the writers of “Riverdale” felt the same way, because this episode — like the past few — have brought very little to the table. At this point, “Riverdale” is a weird re-hashing of problems from previous seasons, with the added benefit of Jughead’s prep school experience and Archie’s (KJ Apa) ongoing battle with street thug Dodger (Juan Riedinger).

“Andrews, you asked us to be big brothers, not soldiers in a turf war,” Reggie (Charles Melton) yells at Archie, mad that he’s brought the football team into this dangerous back-and-forth with Dodger. As the episode unfolds, it becomes clear that the turf war is between Archie’s community center and Dodger’s Wipeout Arcade, and Dodger wins by giving kids free pizza and arcade coins. So not only are children joining a drug ring for free pizza, but Sheriff Jones (Skeet Ulrich) is also just now putting the dangerous part of town, where this ring runs its operations, on his route. This show can’t decide whether Riverdale is a cushy suburbia or a crime-ridden urban center.

To top it all off, Archie asks Hiram Lodge (Mark Consuelos) for help, which seems like a deep breach of trust. After all, Archie’s long-time girlfriend Veronica (Camila Mendes) is currently in an all-out war against her father and his crimes. It’s doubtful that Veronica would be happy to find out her boyfriend is asking her dad to commit… more crimes. This lack of communication probably has something to do with the fact that Archie and Veronica have had the bare minimum number of scenes together. Sometimes, it’s easy to forget the two are even dating.

In a general sense, the Lodge storyline is getting tired. “Speaking of secrets and lies, how many more secret children should we be expecting?” Veronica asks, and honestly, I’m wondering the same thing: Julian Blossom who died in the womb, Charles (Wyatt Nash) who is the half brother of both Betty (Lili Reinhart) and Jughead, and now, Veronica’s secret half-sister Hermosa (Mishel Prada). The secret sibling reveal has been done so many times on this show, it’s honestly shocking that the writers have decided to do it again, especially considering that the reveal does nothing but start a feud between Veronica and Hermosa as they fight over who is Hiram’s favorite daughter.

Usually “Riverdale” tries its best to have at least one unsolicited sex scene between teenagers, but this episode was an exception. This time, Hermione (Marisol Nichols) and Hiram have a steamy moment in a super problematic way. It involves references to murder, a slap in the face, and Hiram’s weird line: “Some couples, they tie each other up to spice things up, but you and me, we order hits.” Somehow, reminding Hermione that they’ve hired people to kill the other is hot, and they start making out.

Betty’s storyline is just a regurgitation of past seasons. She visits Chic (Hart Denton) in jail and accuses Charles of being sneaky. We’re reminded that Chic and Charles used to be together. There’s definitely something shady going on, because then Chic calls the police about the weird murder Betty and her mom committed back in the day. At the end of the episode, even though Betty has exonerated Charles from her suspicions, Charles is seen visiting Chic and calling him “babe.”

But the two weirdest things that happen in this episode are Cheryl’s (Madeline Petsch) continued insistence on keeping her brother’s corpse in the chapel, and Jughead’s conspiracy theory that his grandfather is the real author of the first book of the infamous Baxter Brother’s series, not Mr. Dupont (Malcolm Stewart). Cheryl’s plotline speaks for itself, except now there is a sentient doll that apparently represents the triplet, Julian, she ate in the womb. Cheryl tells Toni (Vanessa Morgan), “I had the most horrible phantasmagoria” (because Cheryl talks like a robot), and for whatever reason Toni hasn’t run for her life at this point. Cheryl’s extended family arrives and tries to convince her to sell the family business and house. When she refuses, they threaten to take away Cheryl’s power of attorney by proving she’s mentally unstable. While her family handles the situation poorly, they might have a point. She does have a many years’ old corpse hidden in her house.

Stonewall Prep has truly gone off the rails. Jughead has his conspiracy theory, and along with Betty and some help from the Riverdale High archives, it turns out to be true. When Jughead brings it up to the original author of the series, Mr. Dupont, the guy absolutely loses his mind and threatens to get Jughead expelled. This only makes Dupont seem more guilty, but honestly, what was Jughead expecting to happen after he accused him of plagiarism? Then, Jughead tells his teacher, Mr. Chipping (Sam Witwer), who agrees to help him bring the truth to light. Then the next day in class, Mr. Chipping starts to talk and then hurls himself out of the stained-glass window. At first, this seems like a nightmare sequence, but it becomes clear that viewers are meant to believe that Mr. Chipping actually jumped. And guess who’s the new teacher? Mr. Dupont!