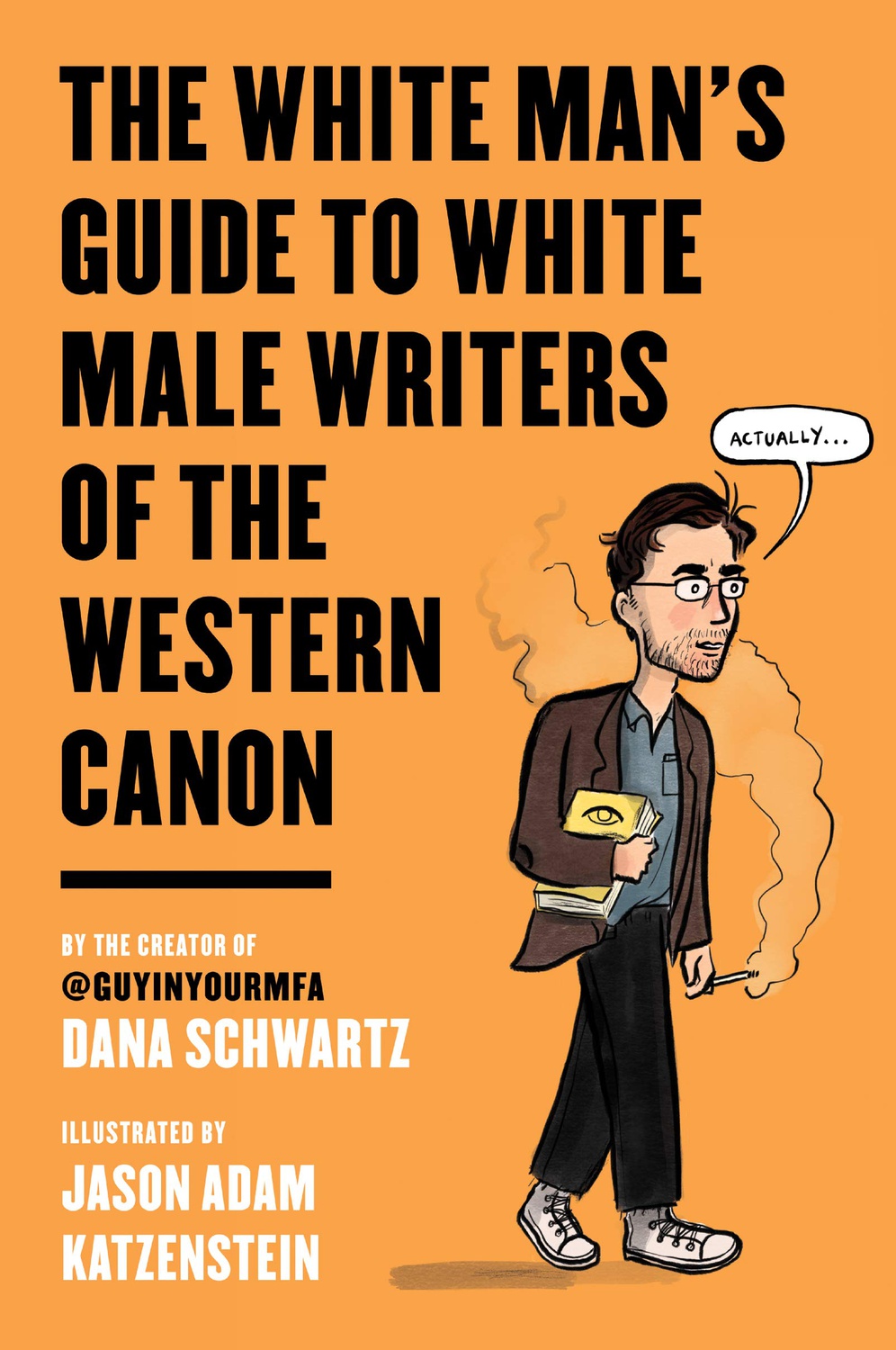 “The White Man’s Guide to the White Male Writers of the Western Canon” delivers just about exactly what one would expect. Of course, the target audience isn’t exactly “the white man,” but then, you probably could’ve guessed as much from the title as well. Dana Schwartz’s humorous introduction to prominent white male writers, inspired by her twitter account @GuyInYourMFA, briefly glimpses at the lives and seminal works of many literary greats while peppering in drink recipes and questionable life advice for the aspiring (white male) author of the next great American novel.

The main dilemma this book presents is what to do with it. With no hint of narrative, the book leans heavily on its distinctive, ironic voice throughout, but it’s unclear why readers would read straight through more than 30 brief rundowns of featured members of the Western canon. While little known fun facts about these authors and their often ridiculous lives are interesting, the descriptions of their work are often too short to get a meaningful understanding of their importance to actually “navigate every dinner party you attend...with grace and aplomb.” They’re more effective as inside jokes for people who’ve already read them. And, going quickly from one writer to another, it’s unlikely you’ll actually remember much without really trying. Perhaps the book will be a blessing to cheeky academic quiz team competitors or will serve as a self-indulgent quick break for MFA students in between literary classics, but the book isn’t particularly well suited for anyone genuinely seeking education on the canon, as the bulk of the jokes are meant for those already entrenched in the world of lit mags and fiction workshops.

The humor in “The White Man’s Guide” ranges from successful parody to mockery to excessive bitterness. Schwartz seeks to critique the stereotype of an elitist, privileged young white man horrifyingly confident in his own literary genius, a character that’s easy enough to imagine if not necessarily someone we can all think of in real life. The humor works best when it calls out the absurdity of this culture, these authors, and their texts, like “Byron died at thirty-six in battle because the alternative was turning thirty-seven, which is basically dying anyway” and “Even though he was technically born in Canada like some sort of weak-minded doughnut-eating idiot, Saul Bellows is still one of America’s most important writers.” Yet, other jokes are more on the nose (and occasionally a tad cringe-inducing), striking the reader as too obvious and exaggerated, such as, “my prose poem titled ‘Yes I Am White, But I Still Understand Racism Better Than Anyone Else,’” which ultimately produces a somewhat inconsistent tone experience.

The book continuously highlights the pervasive role of sexism in literature, yet it’s unclear to what effect. As the bios unfold, the trend of famous authors using, abandoning, and mistreating women is blatantly obvious; the number of the literary greats who preyed on women half their age is also stunning. Yet, the book hardly implies this should distract from the work these authors produced (although those too are often critiqued for their portrayal of women). The book’s whole premise critiques the amplification of white male voices in “the Western canon” and a tendency to disregard works by and for women. The introduction explains this premise by stating “[white men] are the most widely read, the most celebrated, the most influential, and, if I’m going to be blunt, the most talented.” The phrasing is clearly callous and somewhat ironic, but save for “the most talented,” those attributes are hard to refute. Besides perhaps Jane Austen and the Bronte sisters, most people would be hard pressed to name “classic” female authors, while Shakespeare, Dickens, Hemingway, and Fitzgerald (or at least several of their works) are household names.

Ultimately, a book highlighting the lives, successes, and most influential works of white male authors only broadens their exposure, celebration, and impact, and while readers walk away feeling the gaping lack of women in the collection, they don’t get any exposure to new female writers either. With chuckle-inducing, if not hilarious, writing, Schwartz presents an unextraordinary but entertaining experience. Thus, “The White Man’s Guide to the White Male Writers of the Western Canon” can provide a quick, fascinating read for a literary geek or anyone curious to learn more about this supposed world of MFAs and black coffee, but it tends to fall short in its more ambitious goals in criticism.