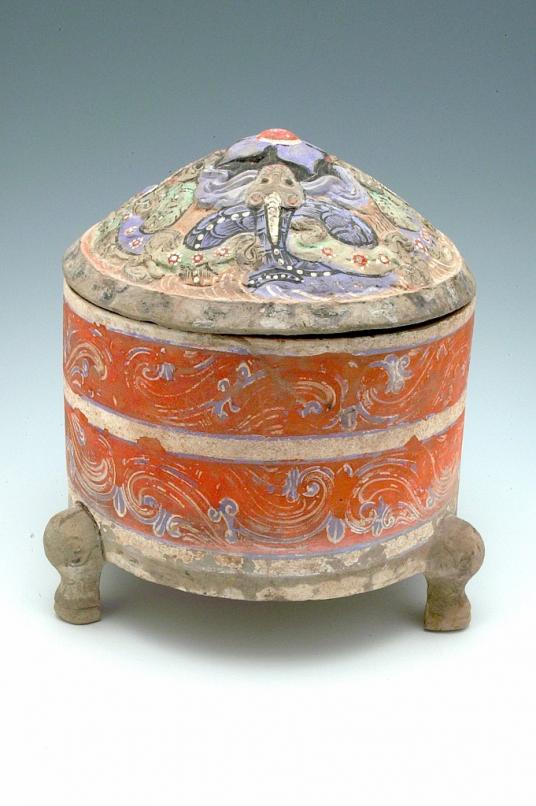 This past week, the Harvard Art Museums gave patrons gallery tours of all things witchy and morbid in keeping with the theme of the season. For the final of the three gallery talks, three research fellows presented pieces within the museum that depict an element of death from within their respective fields of study.

First, Katherine Mintie, a research fellow in photography, presented a Civil War battlefield photograph. Called “The Harvest of Death,” the photograph shows the aftermath of the Battle of Gettysburg and was taken by Timothy O’Sullivan and printed by Alexander Gardner in 1863. Mintie explained that at the time, the only way to capture the horror of war was to photograph the aftermath of a battle, as the camera had to be held in the same position for several minutes.

“They really shocked American audiences who had not yet seen warfare in such a gruesome and detailed way,” Mintie said.

Mintie added that the impact of such an image might lose its punch with modern audiences.

“While it is very shocking and affecting, we have seen images like this before — either actual images of battles or we’ve seen this in television and movies. In some ways we’ve become sort of accustomed in a strange way to images of death and violence,” Mintie said.

Gabriella Szalay, a curation fellow specializing in German art, then presented a lime-wood sculpture of Saint Anthony Abbot by Tilman Riemenschneider, a German sculptor in the late 15th century. The sculpture was just one figure from a larger altarpiece which was originally displayed in churches to entertain the congregation during mass. Saint Anthony Abbot was most closely associated with “Saint Anthony’s Fire,” a fatal and brutal disease also known as ergotism that was transmitted for over 1,000 years. Szalay explained that those inflicted would frequently visit church to pray to Saint Anthony to rid them of the disease.

“So this tiny little figure is actually something that offers a lot of hope to people who are facing death every single day,” Szalay said of the figurine.

According to Szalay, even the sculpture itself was in the process of dying, as tiny holes in the wood indicated a species of worm that had slowly eaten away at the figure before it was recovered.

Once Szalay finished her analysis of the figurine, Julie Wertz, a conservation science fellow, presented a selection of ceramic jars placed in tombs for carrying wine and food into the afterlife.

“We know from cultures all over the world that it is really, really important when you die to be ready for the afterlife,” Wertz said.

While these jars have an inherently morbid connotation, Wertz also discussed the forensic elements of her research, complete with infrared and ultraviolet scans of clay pigments. The resulting photographs demonstrated the history and providence of each jar, such as which ancient pigments they used or what previous restorations had been made.

Other visitors said they agreed that the content of the talks seemed fitting for the season.

“I always go to the talks, but it was Halloween and it seemed appropriate,” Mark H. Thiemens, a Harvard visiting professor of physics, said. “As always, on the tours there is a nice variety of what they cover, from the Civil War to 100 B.C.”