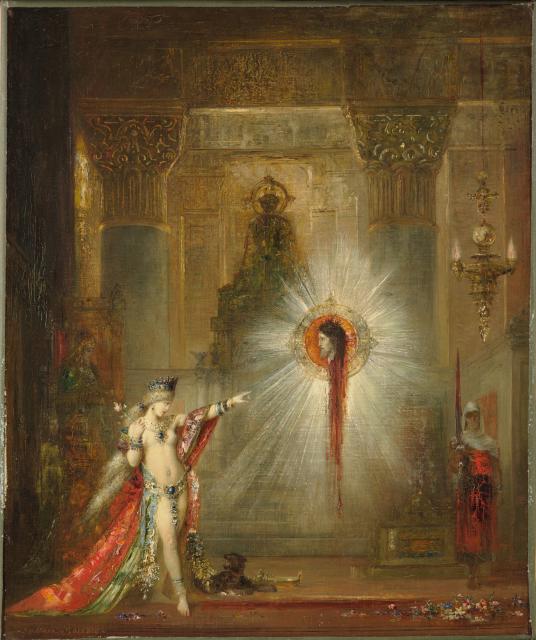 To celebrate Halloween, the Harvard Art Museums got into the festive spirit on Oct. 30 with its first of three Halloween Gallery Talks, “Witches.” Led by four curatorial fellows, the tour focused on the depiction of powerful women throughout the Museums’ collection.

The free one-hour talk took 20 guests through a selection of works on the second and third floor galleries. Each of the four curatorial fellows, Joanna Sheers Seidenstein, Sophie Lynford, Natalia Ángeles Vieyra, and Frances Gallart Marques, spent 15 minutes introducing their selected works relating to depictions of “witches.” Rather than focusing on the traditional definition of witches, the featured pieces showcased the variety in depictions of powerful women in the collection.

“We’ve been trying to collaborate, and we think that makes it more interesting for guests to see not just one perspective, but perhaps different perspectives all at once,” Marques said.

Following a brief question-and-answer with Lynford, Seidenstein led the group to Paolo Finoglia’s painting “Joseph and Potiphar's Wife.” Seidenstein began by telling the biblical story of Joseph, then discussed alternative interpretations and characterizations of Potiphar’s wife in the Quran and contemporary texts. Her presentation involved audience engagement, and she questioned the tour group about their reactions and impressions of the image.

Vieyra then introduced the painting “Saint Rose of Lima,” the first Latin American painting to be displayed in the Fogg Museum. Vieyra focused on the story of Saint Rose as well as the symbols in the painting, from the inclusion of oversized parrots as an aesthetic preference to the inclusion of “memento mori,” or symbols of death.

To conclude the tour, Marques led the group to the third floor stairwell to see the Etruscan sculpture “Sphinx.” Marques detailed the historical significance of the sculpture as a symbol of protection, and discussed the myth of the Sphinx. Her modern interpretation of the myth highlighted the intersection between race and gender in ancient cultures. Unlike the other presentations, Marques then moved the group to two additional pieces in the Ancient Art wing to further her discussion of monstrous qualities attributed to powerful women. Referring to two Greek vessels, Marques gave an animated telling of the myth of Medusa and the myth of the Sirens, weaving contemporary retellings of the tales into her analysis.

The curatorial fellows encouraged visitors on the tour to continue engaging with the featured artworks depicting powerful women and beyond. The focus on the Museums’ less famous works through this particular lens provided a new experience for all the visitors on the tour, and persuaded some visitors to explore more.

“The blurbs tend to be purely technical and without much context, so I find the tours essential to appreciating the art more. I thought what surprised me the most was the Sphinx, because I feel in particular the statue exhibits are really bereft of descriptions,” said Drey Cardinal, a visitor on the tour.

The tour’s discussion of the intersections of race, culture, history, and gender also surprised many visitors.

“Personally I found most interesting the two new Latin American pieces, and talking about the cultural exchanges there. It made me want to learn more,” said Travis Wolven, another visitor on the tour.

Both Cardinal and Wolven expressed an interest in returning to the museum over the next two days to participate in the following two gallery talks in the series, “Haunted Museums” and “(Don’t Fear) The Reaper.” The Museums will continue to plan Gallery Talks over the coming months, encouraging visitors to return and experience new perspectives on their collection.