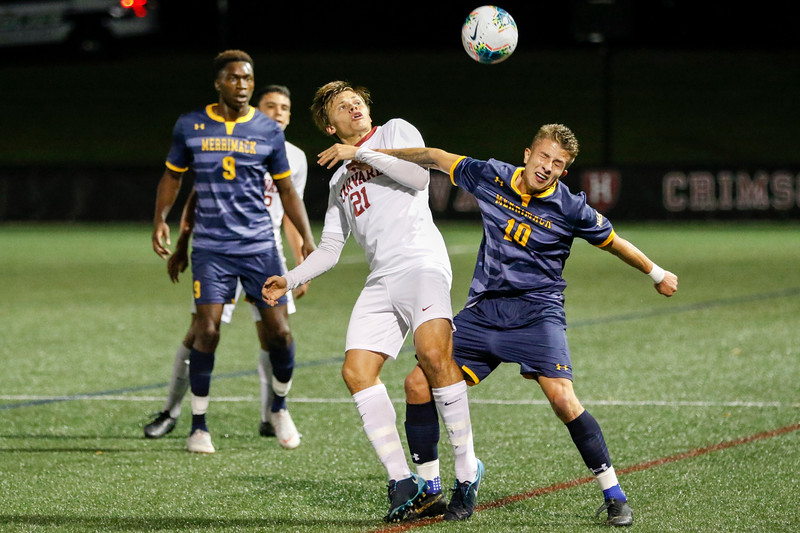 This past weekend, the Harvard men’s soccer team continued to struggle in conference play as it fell against Ivy League rival Dartmouth 3-1 at home. After keeping it tied up at 1-1 for a majority of the first half, the Big Green pulled away with goals late in the first and early in the second.

Having yet to win a game this season, the Crimson (0-12-1, 0-5-0) was a heavy underdog who had the opportunity to spoil Dartmouth’s (6-6-1, 3-1-1 Ivy) chances at an Ivy League championship. The team came into this game ready to give its home crowd an upset by rejuvenizing its lackluster offense that hadn’t scored since October 4th.

Having been outscored 14-1 in conference play, the Crimson could have been underestimated by the Big Green. It was necessary for Harvard to take advantage of this mentality by scoring early and seizing control of the game from the start. Once the Crimson found the goal, it could maintain a strong defensive presence that would allow it to dictate the pace for the rest of the game.

However, as has been the case for most of this season, Harvard ceded the early momentum by letting Dartmouth score in the first three minutes. The Crimson was playing catch-up from the beginning and allowed the opposing team to find an early rhythm in its offense.

Unlike its previous games, Harvard was able to strike back and score to counteract any early momentum gained from its opponents. In the ninth minute of the game, first-year forward Willem Ebbinge had his first career score on a penalty kick after he was tripped from the left side of the goal. The goal was the quick response the Crimson needed if it wanted to get back into the game.

For the rest of the first half, both teams played stalwart defense, with neither side conceding a goal for thirty five minutes. It looked like Harvard would enter the half with the game tied up, and the momentum to pull off the upset in the second period. However, the Big Green would turn the tide of the game as first-year forward David Alino would send a cross to senior midfielder Zach Kalk whose strike would land the ball in the back of the net.

Scoring with just over thirty seconds left in the game allowed Dartmouth to regain momentum and go into the half with a 2-1 lead. This momentum would carry on into the second period as the Big Green took the field with new energy. Five minutes into the half, sophomore midfielder Ohad Yahalom scored his first career goal giving Dartmouth a 3-1 advantage.

The score would remain the same for the rest of the game as the Big Green used its momentum from the end of the first half to seize control early in the second period, and cruise for the rest of the game. Although Dartmouth came away with a victory, the Crimson significantly improved its offense from its previous conference games. Sophomore forward Alfred Perez put four of his five shots on target as the team outshot the Big Green 12-11.