Luminarium Dance Company Lives up to Their Name 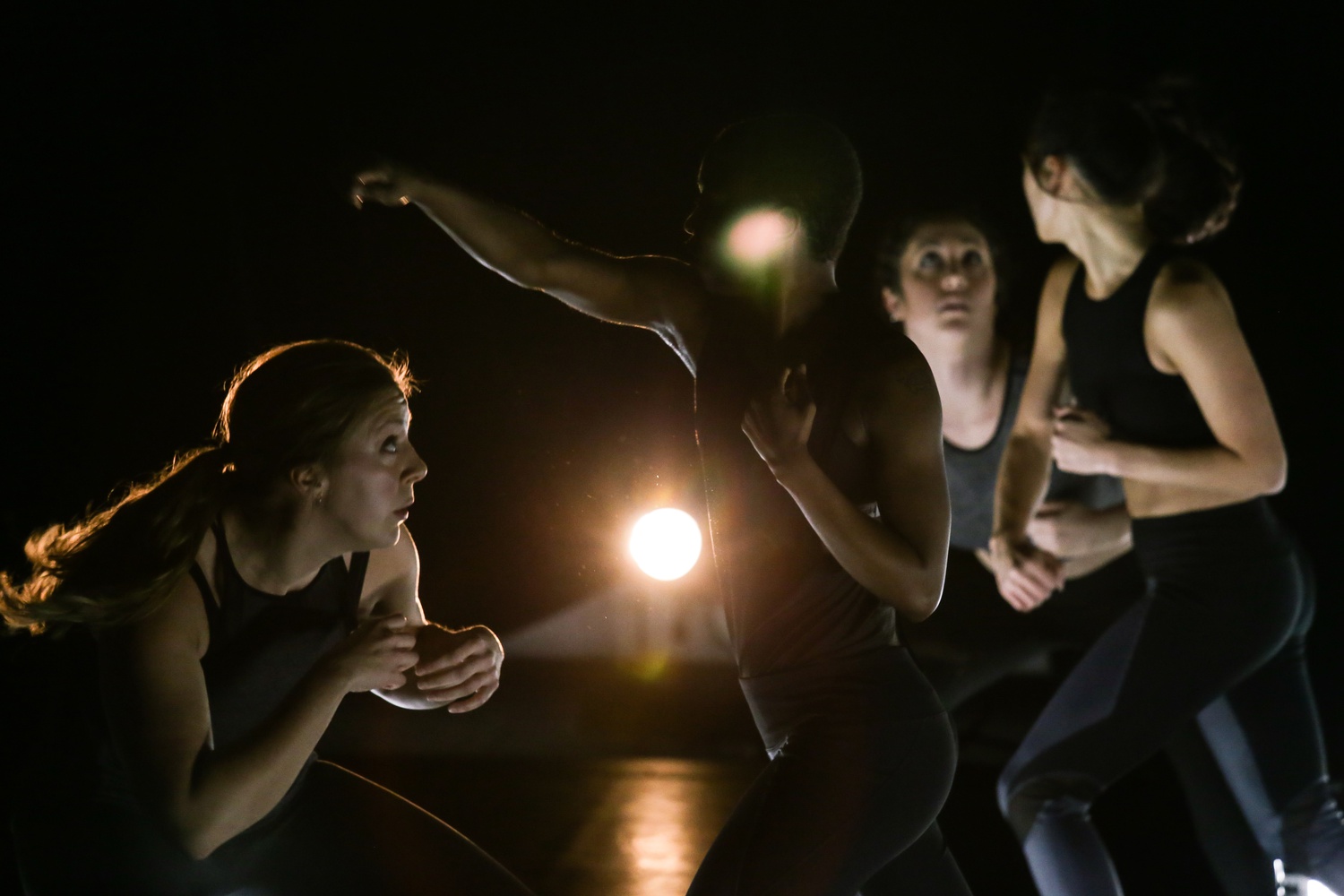 Luminarium Dance Company, a small local contemporary dance company that offers a “unique combination of dance and light” as the name attests, rounded out their fall 2019 season with “Luminarium in Concert” at the Multicultural Arts Center in Cambridge. The roughly hour long show was a novel mix of contemporary dance and Odissi, a classical Indian dance, and it featured brand new choreography set mostly by artistic directors Merli V. Guerra and Kimberleigh A. Holman. The show also featured the company’s defining light-play, with shadow puppets, handheld lights, projectors, and more adding interesting dimension to the pieces. The pieces’ themes ranged from climate change and environmental action to mother-daughter relationships — the latter of which was presented in the form of a film, a “screendance” to be precise.

The first piece, titled “8.7 million minus one” and choreographed by artistic director Merli V. Guerra, explored “the effects of human waste and pollution on the planet’s ecosystems,” according to the company’s website. It was set around three large, square white screens on which shadow imagery, formed by the dancers’ hands and bodies, evoked scenes and animals in nature. The auditory backdrop featured a track of sounds in nature, over which, after a while, a woman began performing spoken word poetry. The layering itself was original and unique; the voiceover, however, was exceedingly casual in tone, and in combination with the dancers’ street clothes and cartoon-like acting, it lent the piece a rather disjointed feel. To its credit, this incoherence may have created a purposeful discomfort to highlight the urgency of the climate crisis — the piece was originally commissioned by Rider University for its Dance & Sustainability Project. Despite its shortcomings, the piece effectively showcased how art can contribute to the agenda of environmental awareness and climate change.

The second act of the show seemed to change gears to focus on the experience of women, opening with the screendance “For you to mentor me,” a short film exploring the mother-daughter relationship. A split screen juxtaposed dancing with images of normal life, making obvious the meaning and emotion behind the movements. Though rather long and meandering in its editing, the film lovingly captured the different desires and feelings of women as they move from being daughters to mothers.

The final piece of the show, an excerpt from the larger project “Contradictions + Casual Self Loathing,” gave dancers the opportunity to share stories of their experiences as women in this world. An unflinching departure from traditional dance, the performers stood in a line facing the audience, lit by small individual lights, and “read” from a rolled up piece of transparent plastic wrap. The piece featured, again, a series of ingenious lighting setups, including a projector with which performers wrote negative words — “clingy,” “cold,” or “bitchy” — which then appeared in shadow on the wall, creating an interactive set. Plastic wrap, symbolically transparent, returned in the culmination of the show. Dancers wrapped the soloist in the clingy material, entrapping her and recalling familiar tropes of women putting down other women. Though she was able to forcefully escape her strange prison, the soloist was never given the opportunity to speak, leaving the audience frustrated and, in that way, providing a unique interpretation of the experience of being a woman.

“Luminarium in Concert” showcased a consistent intimacy and unfettered creativity that helped maintain an overall cohesiveness, while individual pieces invited audience members to explore a variety of topics in a deep, meaningful way. Luminarium Dance Company truly lived up to their name with innovative and unconventional use of lighting and props that enriched an already vibrant dance experience.