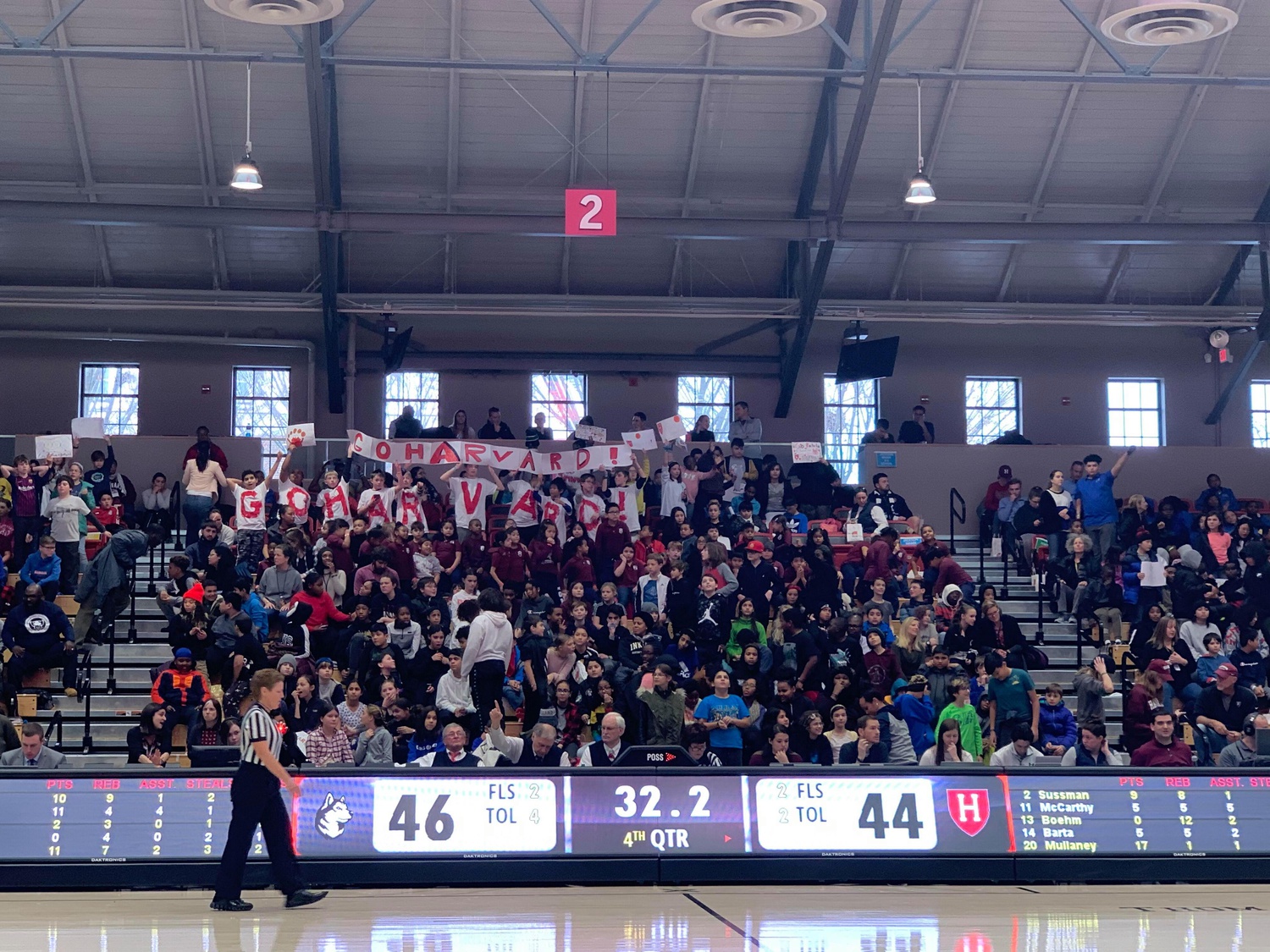 Harvard’s late game comeback against Northeastern (2-6) fell short in Wednesday’s game, which ended in a 46-44 victory for the Huskies, who trailed by double figures in the first frame.

The game, which saw five lead changes, was fast-paced. At times, the movement on the court was chaotic, in parallel with the energy throughout Lavietes Pavilion, which brimmed with about 1,200 local children who came to watch Harvard for Education Day. Both teams committed at least 20 turnovers each.

Coach Kathy Delaney-Smith said the speed of the game hurt the Crimson (6-3), which was vying for its fourth consecutive win on Wednesday morning.

“Young teams who are still trying to connect have a tendency to rush,” she said. “As soon as [opponents] turn the heat up, our answer is to rush some more, when in fact [we] should do the opposite.”

Freshman guard Lola Mullaney said that she and her teammates need to do a better job of combatting opponents’ pressure and setting their own pace.

“Teams tend to speed us up,” she said. "We're really working on creating the tempo from our perspective and not letting them rush us.”

Undeniably, Wednesday’s game solidified Mullaney’s role as the offensive lifeblood of the Crimson team. The two-time Ivy League Rookie of the Week, who finished the game with 17 points, spent its first three quarters struggling to get into a groove, hitting 1 of 8 three pointers.

Mullaney found her rhythm in the fourth quarter, shooting three for five from downtown to lead the Crimson’s attempt to come back from an 8 point deficit to start the final period. With just under three minutes remaining in the game, Mullaney scored 8 consecutive points — via back-to-back triples and a breakaway layup—to erase Harvard’s deficit and put her team up by two points, 44-42.

Northeastern answered Mullaney’s shooting with a three of its own from No. 11 guard Stella Clark to snatch the lead from Harvard. That three proved to be the final basket of the ball game, as Harvard was unable to connect on its next two offensive possessions and on the defensive end failed to foul the Huskies before the clock ran out.

Despite Mullaney’s lull, the Crimson initially found success on offense, though it was unsustainable. Sophomore guard Maggie McCarthy and junior forward Rachel Levy fueled the Crimson’s dominant first quarter, which ended with Harvard ahead 16-8.

McCarthy scored the team’s first five points, finishing a reverse layup off an offensive rebound to score the first field goal for both teams and then adding a three from the top of the key.

Levy, who came off of the bench, scored 8 points in her first four minutes on the court. The versatile scorer laid in a bucket over two smaller Northeastern opponents and then sank two three pointers from the corner and top of the key.

In the second quarter, the Huskies tripled its score. The team went on a 12-0 run to ultimately outscore the Crimson 15-7.

Senior forward Jeannie Boehm, generally a steady contributor to Harvard’s offense, failed to score in her 35 minutes on the court, only attempting to score four times. Though she was silent as a scorer, Boehm did assert herself as a rebounder, pulling in 12 rebounds.

Despite Boehm’s strong rebounding, Delaney-Smith was not satisfied with her team’s performance in this area. Harvard allowed Northeastern to grab 14 offensive rebounds, which Delaney-Smith said “caused a lot of problems point-wise but also foul-wise.”

Over a month away from Ivy League play, Delaney-Smith hopes to turn each loss into a learning opportunity, and Wednesday’s game was no different.

“The educator in me says, you gotta lose it to learn from it,” she said. “We have a lot to learn.”

The Crimson will play at Maine on Saturday in its final non-conference away game. Tip-off is slated for 1 p.m.