'Failure is Not an Option:' Ed Markey and Caroline Kennedy Talk Environmental Policy at IOP 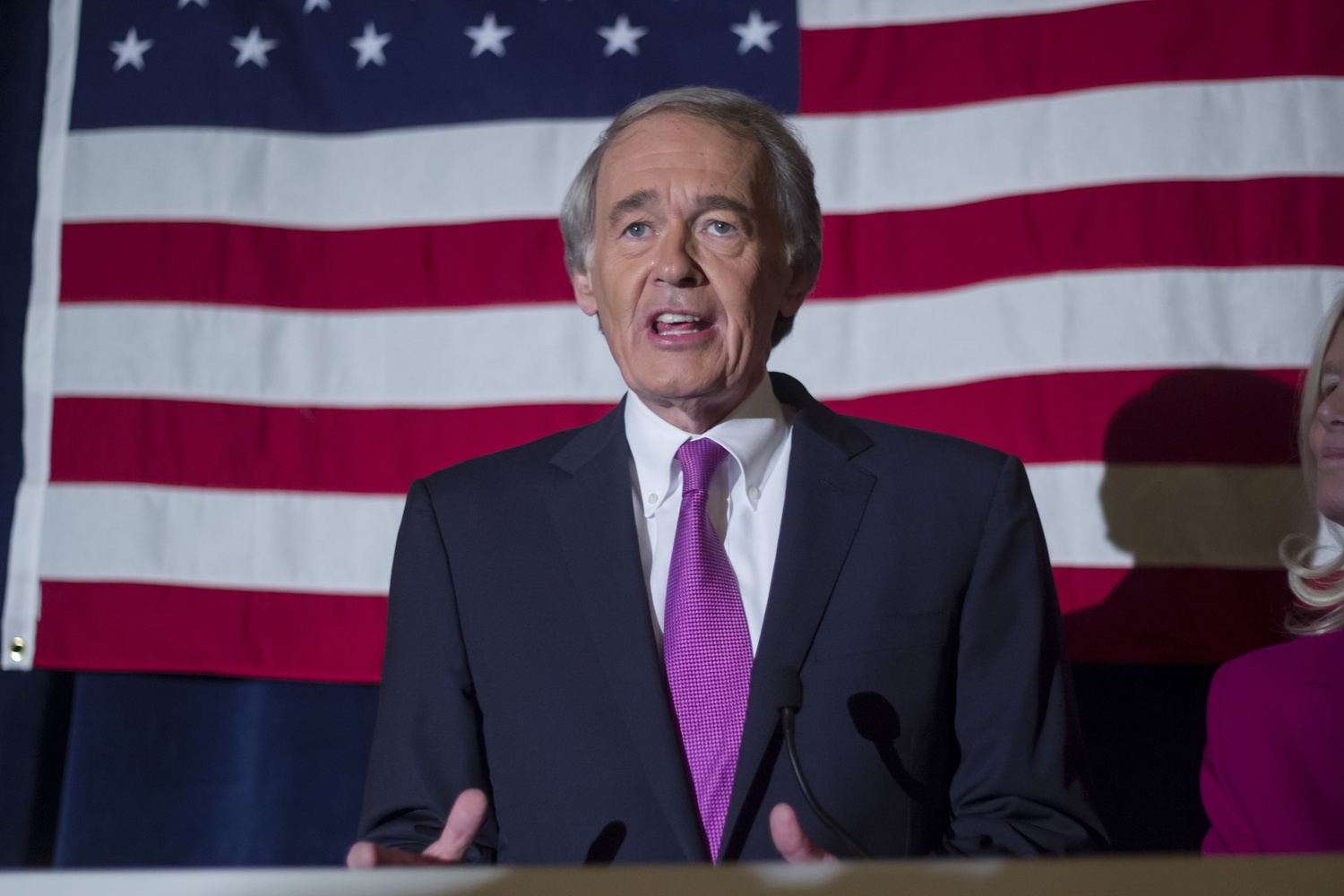 In a talk with Caroline B. Kennedy ‘80, who served as the United States Ambassador to Japan from 2013 to 2017, Markey discussed his proposal to transition the United States to a sustainable environment and equitable economy.

“What Congresswoman Ocasio-Cortez and I decided to do is we would put together a 10-year plan to mobilize this country to be able to deal with the issue and to call for a goal of 100 percent renewable clean energy,” Markey said.

The Green New Deal faces criticism from Republican lawmakers and President Donald Trump, who mocked the proposal on Twitter Saturday. Markey said garnering nationwide support for the legislation will require a grassroots approach.

“Our goal is to create a national movement in every city and town across this country to pass the laws in the House and Senate signed by president Trump in 2019 and 2020,” Markey said. “If not, we’re going to turn this into a voting issue in the 2020 elections.”

Markey said he is confident opponents of the Green New Deal will be voted out of office in upcoming elections.

“Either they change the legislation — which is highly unlikely — or we change them, and they’re out of office,” he said.

When asked about the prospective role of nuclear energy in the Green New Deal, Markey said that though nuclear energy could meet environmental guidelines, it is unlikely to play a large role from an economic standpoint.

“If there is a fully competitive marketplace then I believe wind and solar efficiency — and geothermal — are going to win,” Markey said.

Among the audience were student representatives from colleges and universities across the country who were partaking in the IOP’s annual National Campaign for Political and Civic Engagement conference.

“I hope everyone will go back to your campuses and share the Senator’s plan,” Kennedy said to the visiting students.