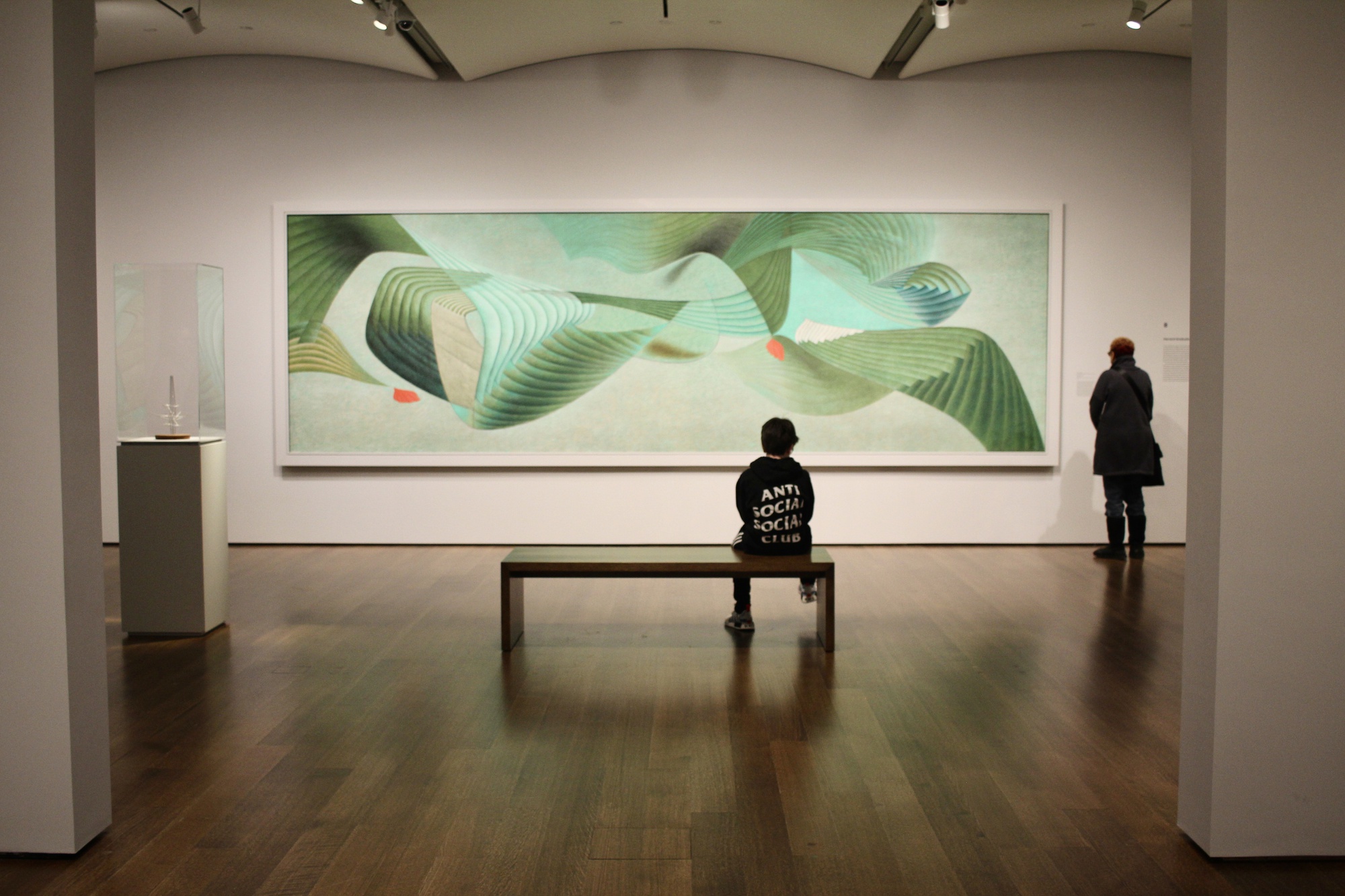 The Harvard Art Museums hold one of the largest collections relating to the Bauhaus,
Advertisement
Advertisement

One Hundred Years Later, Giving Credit Where It’s Due

Lucia Moholy’s now-iconic Bauhaus images were taken and used without her consent by the renowned architect Walter A. G. Gropius.
By Mollie S. Ames

Almost one hundred years after its initial Bauhaus installation, the Harvard Art Museum hosts a second exhibition, featuring some of the esteemed German art school’s masterpieces. Among the works displayed are Lucia Moholy’s photographs of Bauhaus designs, mounted with the attribution they deserve, but didn’t always receive. Her now-iconic Bauhaus images were taken and used without her consent by the renowned architect Walter A. G. Gropius. Hoping to decipher how her contribution was lost and then recovered, Fifteen Minutes sat down with Robert Wiesenberger, the Harvard Art Museum’s Stefan Engelhorn Curatorial Fellow from 2014 to 2016. His position was extended from one to two years due to the involved nature of the work, which included developing “The Bauhaus” special collection for the Harvard Art Museums website.

FM: I’m really interested to know what the name Lucia Moholy means to you, or maybe came to mean to you throughout the curatorial process.

RW: It’s an incredible story and sort of scandal of the past that I think the museum is working to make right. It points to several of the questions that arise when a collection is formed under conditions of... you know, in a hasty way, and kind of entrusted to others. There were a lot of distortions of authorship that happened. This is probably the most egregious that I know of.

FM: Particularly in terms of her importance to the memory of the Bauhaus — how do you frame that, especially because the architecture is mostly, I assume, viewed through photographs?

RW: The Bauhaus was a very small school in fairly remote cities or towns, and its media campaigns are really what made it known to the world. The representation was so much shaped by [Moholy’s] photographs. So I think it’s hard to separate our understanding of the Bauhaus from the way it was represented through her lens.

FM: Do you think, especially because of the Cold War, the Bauhaus would have reached such a wide audience without her photography?

RW: I don’t know if I can speculate, but I think there were definitely a great number of other photographers. I think hers were some of the really decisive photos, but it was also a time when the ubiquity of portable hand-held cameras among artists was such that everyone was taking pictures of everyone else, so it was a well-documented moment. But there’s no question that her photos were really decisive in our memory of the institution.

FM: Gropius was obviously prolific, but it sounds like he truly worked against and essentially stole from Moholy. Do you think that should change the way we think about his art?

RW: I think it’s an extremely instructive story. He was, in other regards, generally a team player, which is why this is all the more egregious. And his architectural partner Adolf Meyer, who’s been forgotten, was a huge part of Gropius’ design success, and Marcel Breuer, with whom he partnered briefly in Cambridge, was, by all accounts, the one who did the heavy lifting in terms of design. So I think giving credit where it’s due and attribution across the board is a really crucial corrective here, and I think it’s still happening. I think it might also just be a gendered — it is largely a gendered — dynamic. It’s also a dynamic that happens along the hierarchy of what’s valued in the arts — that architecture is valued highest, and its photographic representation is subsidiary, and I think re-reading the history along those lines is really important. 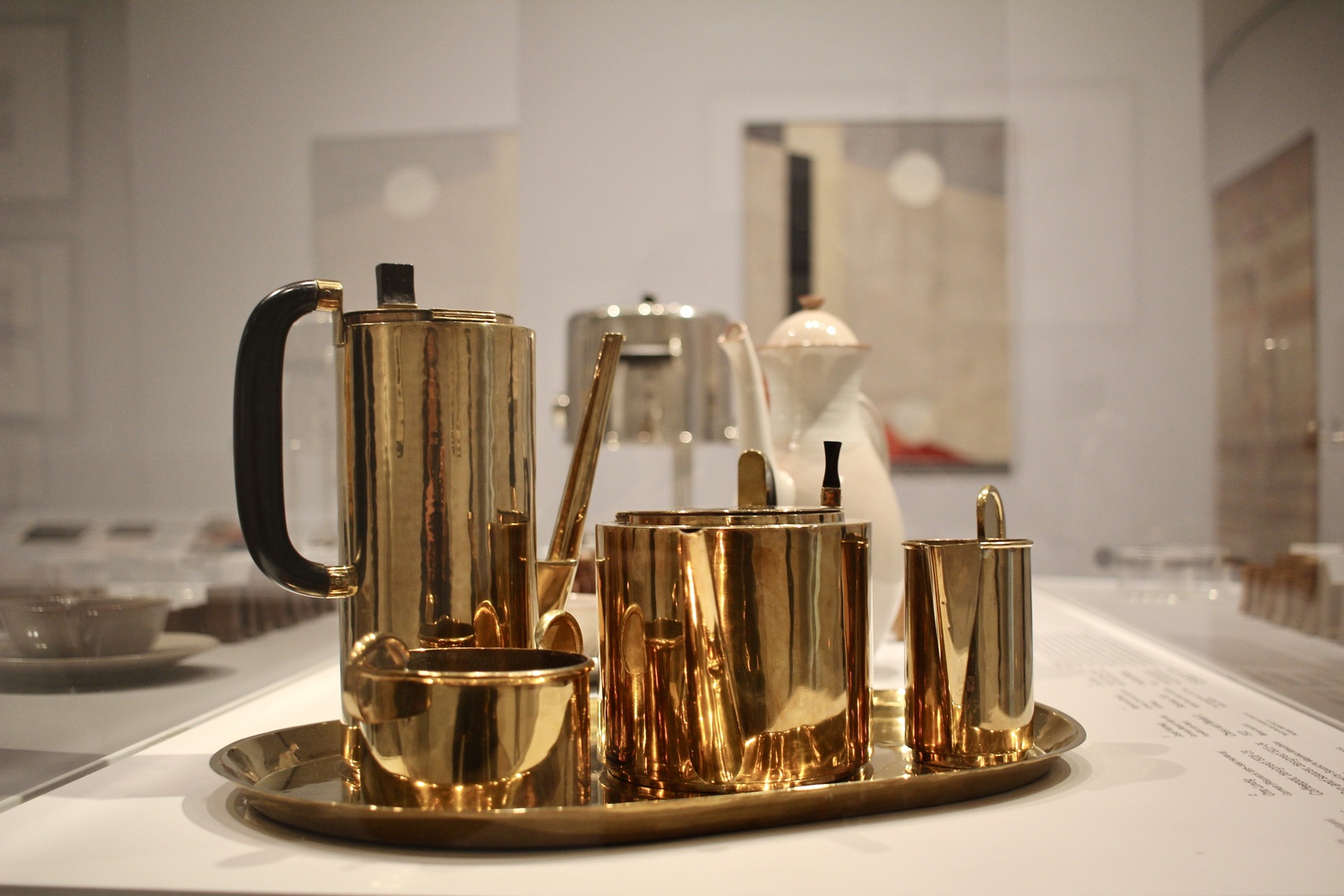 The Bauhaus was the 20th century’s most influential school of art, architecture, and design. By Ellis J. Yeo
Advertisement

FM: Particularly in thinking about the #MeToo movement now, there’s the question of what we’re supposed to do with “good art created by bad men,” and I’m curious to know what you think about celebrating the work of this genius, while also condemning the man himself. How do we think about his art, if it might have contributed to someone else’s being shut down?

RW: It’s a really important question. To be honest, there are other even more egregious men in this story, especially as you get into questions of support for National Socialism. So Gropius, in relative terms, looks pretty good, which is not an excuse, but it’s just a statement about the times. I think we always need to be open-eyed about this. We need to read the history of an institution with an awareness of power dynamics that are shaped organizationally, that are shaped by gender hierarchies. The Bauhaus was certainly co-educational, but it was also very gendered in its assumptions about what women would do and could do and the kinds of workshops they would be in and so on. We need to be quite clear-eyed about the internal politics of an organization and the gendered politics of an organization.

FM: I’m curious about whether you believe that Gropius’ treatment of Moholy was reprehensible, and how it may have been considered at the time. Obviously, she was severely affected by it, but do you think people around her would have been so caught off-guard, considering the historical moment?

RW: Yes, I think it was pretty unacceptable. I think anyone aware of the situation would have been shocked. But it is a good question. I didn’t get a chance to see what the wall labels say when they show her work. How does history correct itself? You know, how do we acknowledge mistakes? Does it just get revised smoothly?

FM: Do you ever struggle to distinguish the man that Gropius was from his artwork? Or are you still able to separate the two and commend his work and identify that what he did was wrong?

RW: To me, his major success was as a manager, as a networker, as an ideas-person, as opposed to a great architect. I think actually his legacy as an administrator, as a myth-maker, needs to be and has been evaluated in light of this situation and many others. It has changed the way I think about him, but it’s consistent with the power dynamics one sees in a lot of organizations and hierarchies, and so in that sense maybe it shouldn’t surprise us at all to see someone take advantage of someone else’s work, and particularly for a man to do so.

When in a collaborative environment, who gets credited? I do think there are certain things we can be very clear about. For example, the Lucia Moholy photos that say very clearly, that are stamped on the back, “not for reproduction,” you know, “intellectual property not for reproduction,” that’s about as clear as one can be. There’s nothing foggy about that at all.

—Magazine writer Mollie S. Ames can be reached at mollie.ames@thecrimson.com.