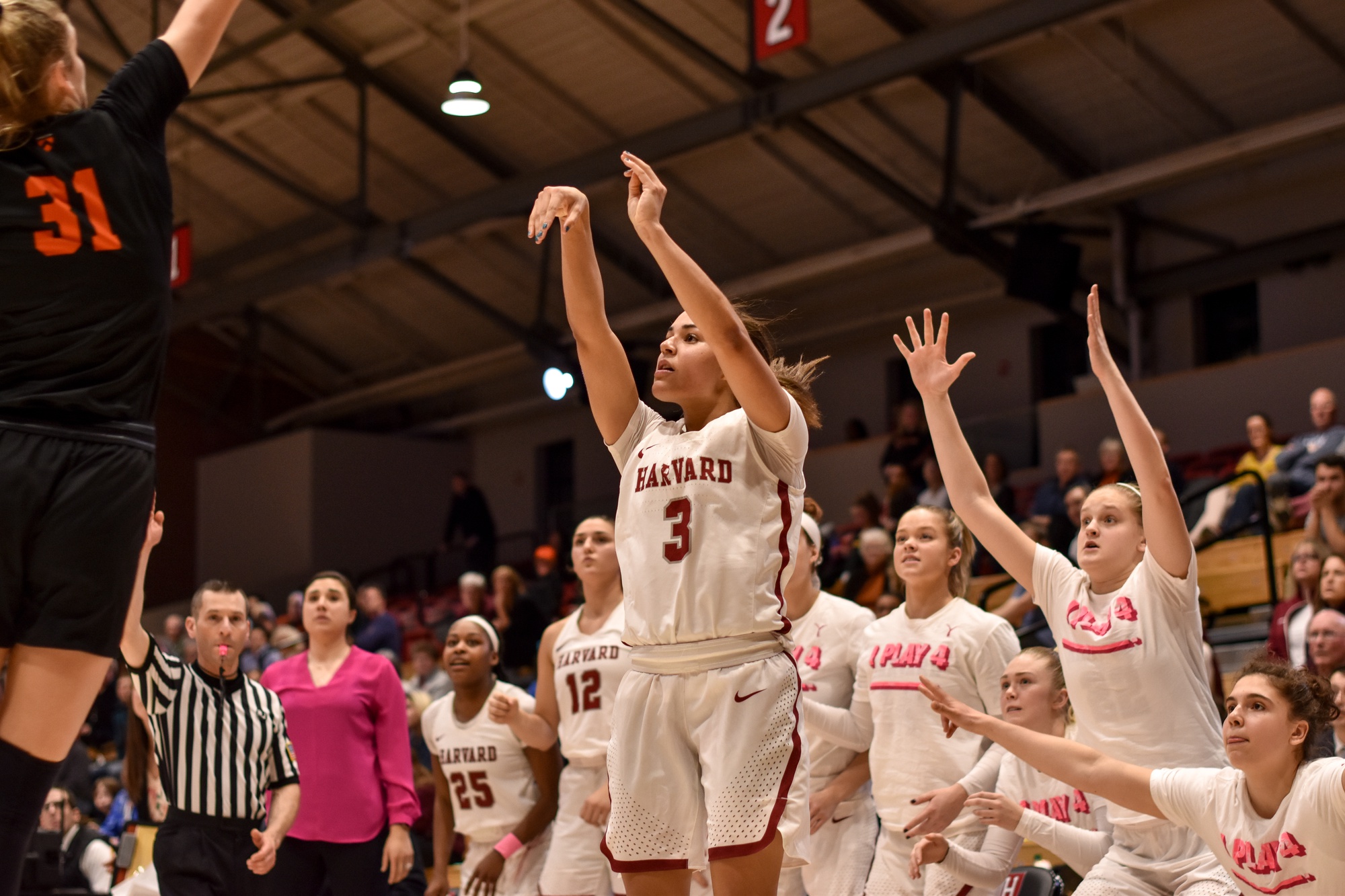 Harvard Basketball will host the Ivy League Tournament for the first time in 2020. By Quinn G. Perini
By Henry Zhu, Crimson Staff Writer

The road to March Madness will end at Lavietes Pavilion next spring.

On Wednesday morning, the Ivy League announced that the 2020 Ivy League Men’s and Women’s Basketball Tournament will be hosted by Harvard on March 14 and 15 in Cambridge, Mass.,. The league also finalized the rotating host sites for the following five years, until 2025(expected):

“Each Ivy League campus presents its own aura and distinctive traits," said Ivy League Executive Director Robin Harris in a press release. "With this rotation, we look forward to sharing the atmosphere and energy of our basketball tournaments with each of our campus communities and giving all of our devoted fanbases an opportunity to experience Ivy Madness in their own venue."

The 2020 Ivy League tournament will be the fourth-ever rendition of this four-game playoff, as Penn previously hosted Ivy Madness at the Palestra in 2017 and 2018. The Ancient Eight will descend on Yale’s John J. Lee Amphitheater this March to decide its league representatives to the NCAA Tournament.

“I’m thrilled about the direction we’re going now given that, we are all going to have a chance to host [the Ivy Tournament] at some point,” said Coach Tommy Amaker, who previously voted in favor of anchoring the tournament at the Palestra as a stable host site. “We’re going to do our best to have a wonderful tournament atmosphere when we have it here.”

Both Harvard teams, men’s and women’s, have not been able to escape out of the conference tournament these past two seasons. Penn(2017) and Princeton(2018) hoisted the tournament trophy on the women’s side, while the Tigers (2017) and Quakers (2018) followed suit on the men’s side.

Coach Kathy Delaney-Smith’s squads fell in the first round of the playoffs in both seasons, dropping to Princeton and Penn. Coach Tommy Amaker’s teams suffered close losses in the tournament in both seasons to Yale and Penn, respectively.

The upcoming host venues — including Lavietes Pavilion — will provide some interesting challenges, particularly in relation to seating capacity.

Lavietes Pavilion received a ~$15 million makeover in the summer of 2017, adding various new amenities including a state-of-the-art scoreboard, entrance lobby, locker rooms, and bleachers. The overall facility also expanded by 5,000-square feet, but in the process downsized its seating capacity. Previously capable of seating 2,195 spectators, the home of Harvard Basketball now lists its sell-out attendance at 1,636.

Outside of Princeton’s 6,854-seat Jadwin Gymnasium (which also received a renovation this past summer), the remaining basketball facilities in the Ivy League seats no more than 4,500 spectators. This year’s host site — inside the Payne-Whitney Gymnasium in New Haven — has as seating capacity of about 2,800 people, which would be a fraction of the attendance at last season’s Ivy League Tournament final at the Palestra. In the Harvard-Penn championship game, over 5,500 fans packed the historic basketball arena in Philadelphia.

Coach Kathy Delaney-Smith, when asked about issues with attendance, suggested that the Friday of the tournament be used as a date for semifinals which would balance out and expand attendance distribution. In addition, she commented that having a three-day tournament would allow for both men’s and women’s game times to be at more desirable times for all parties, rather than having to squeeze men’s and women’s across two days.

“They were talking about men’s semi’s on Friday, women’s semi’s on Saturday, and then something along those lines that will make a really quality tournament, I think, for everyone,” Delaney-Smith said.

Logistical issues aside, Ivy Madness next season will provide a culmination to the much-heralded Class of 2020 for both Harvard men’s and women’s basketball. The top-10 nationwide recruiting class for Coach Amaker including current juniors Bryce Aiken, Seth Towns, and Chris Lewis will play what will be their final games at Lavietes Pavilion next season, while career three-point record setter Katie Benzan and classmates Jeannie Boehm and Mackenzie Barta hope to conclude their college career with an NCAA Tournament berth.

“[The news of the announcement] was sent in our group chat, and we all are so excited, it just makes the tournament that much more exciting and special,” junior guard Katie Benzan said. “All my family can come, it’s just going to be an incredible experience.”

The league as a whole has also achieved some noteworthy accomplishments this season, including achieving a ranking within the top 11 out of 32 conference for both men’s and women’s basketball. This marks the fifth-straight season in which the women’s side have broken the top-11, while the men’s division currently paces the nation in close-game percentage, as close to half of all Ivy games have been decided by overtime or four points or fewer.

“Definitely excited to bring it back here,” junior guard Christian Juzang said. “There’s a lot of thoughts that have been going around on where it should be, based on standings, based on neutral sites, but at the end but at the end of the day, it is definitely exciting for us to come home next year...but it’s still 94 by 50. And that’s what we need to be focused on.”

No news about ticket sales has been announced for what is sure to be Lavietes Pavilion’s most in-demand event in recent memory. Harvard men’s basketball concludes its home slate this weekend with a Princeton-Penn doubleheader, while the women’s side returns home for senior weekend the following week, hosting Cornell and Columbia.