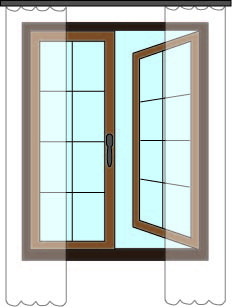 Their home is now empty. The small kitchen is empty of rich flavors and smells, the bedrooms empty of soft laughter and whispers. By Amir Mamdani
Advertisement
Advertisement

The Silence Between Us

To think of all these little moments that create the lives we lead. How different our lives become with every choice that is made. I marvel at the things not said. The untold stories floating silently in the air.
By Vicky Z. Xu

We sit around the coffee table like strangers, because we are, in most ways, strangers.

But we are family. I think.

It is not silent because decent conversation can always be made – about the weather, the housing market, the kids. Silence can always be filled.

I watch my grandma sip her tea. I watch the woman beside her shuffle in her seat. I try to catch every family trait they share.

It is the lips, I decide — thin. And they both often smile with their teeth.

The family was going to America.

In China, the continual unrest was troubling. To the average peasant, perhaps to anyone, the fighting was confusing and unnecessary. Between the gunshots and the bombs, it was difficult to tell who was trying to kill whom. Death was just death, and violence was simply something to escape. No one wins, everyone loses.

A husband, a mother, two boys, and a baby girl.

Their bags had been packed, and their trek carefully planned.

They were going to America.

One last check, the mother suggests. One last sweep of the room where they once lived, for closure. She passes her husband the girl, tightly bundled in old sheets and clothes, who had just turned three months old.

The woman re-enters the building alone, walking up the familiar set of stairs she had climbed every day for the past ten years. The building had five floors; the family lived on the third.

Their home is now empty. The small kitchen is empty of rich flavors and smells, the bedrooms empty of soft laughter and whispers. They had forgotten to close the window of the living room — not that anyone would care. But for closure’s sake, the mother walks across the room to shut the window.

They hear it. All of them. The husband, the two boys, the girl, and the mother. The bomb was close enough that they felt the shaking.

They see it. All of them. A piece of shrapnel flies through the third-floor window of the five-story building. Through the window that had been left open.

Perhaps they had thought the middle floor was the safest. Above the floods, yet below the bombs.

Perhaps in that moment the husband tells the boys to wait. To crouch down and cover their heads. Or perhaps he knows that these words will mean nothing, that words cannot fill the deafening silence that settles around them as the blast of the bomb reverberates.

Violence can slip through every crevice, fly through any window.

The husband hugs the girl closer to his chest, and runs up the steps of the building.

I had supposedly seen the woman beside my grandmother before. Our visit back to China happened to coincide with hers, but I must have been too young to remember. Apparently, when she was younger, she used to go back to China every three years.

My grandma has been to America twice; this is her second time.

The woman beside her lives atop a hill overlooking San Francisco, and she drives everywhere.

My grandma never learned how to drive.

The woman beside her had been teaching Tai Chi in the city and had made quite a name for herself.

My grandma had been a part of the gymnast division of the Chinese military.

I try hard to trace similarities beyond their thin lips.

It was a small piece of shrapnel, but it penetrated through the mother’s body. A clean pierce. A bloody mess.

The girl begins to cry in the husband’s arms; he had almost forgotten about the bundle he was carrying.

Perhaps he feels incapable. Perhaps he thinks it would be too much work. Perhaps this is the moment he decides he can only take the boys to America.

I stop trying to find the similarities, and instead I marvel at how different their lives had become.

Perhaps this made the most logical sense — he couldn’t possibly raise the children by himself. Perhaps the decision was the product of hushed conversations, midnight mullings, some wine.

He leaves the youngest daughter behind with a neighbor.

I marvel at the fact that they are half-sisters, my grandma and the woman beside her.

I watch them both drink tea, their thin lips drawn thinner onto their teacups.

The silence between us is deafening.

I wonder if my grandma feels cheated. Cheated of her chance to grow up with a father, a mother, and the wealth of America. She joined the military when she was eight as a performer. She was a tightrope walker, a dancer, and a magician. She met my grandpa in the military. He was a painter.

To think of all these little moments that create the lives we lead. How different our lives become with every choice that is made.

I marvel at the things not said.

The untold stories floating silently in the air.

— Designer Vicky Z. Xu can be reached at vicky.xu@thecrimson.com.