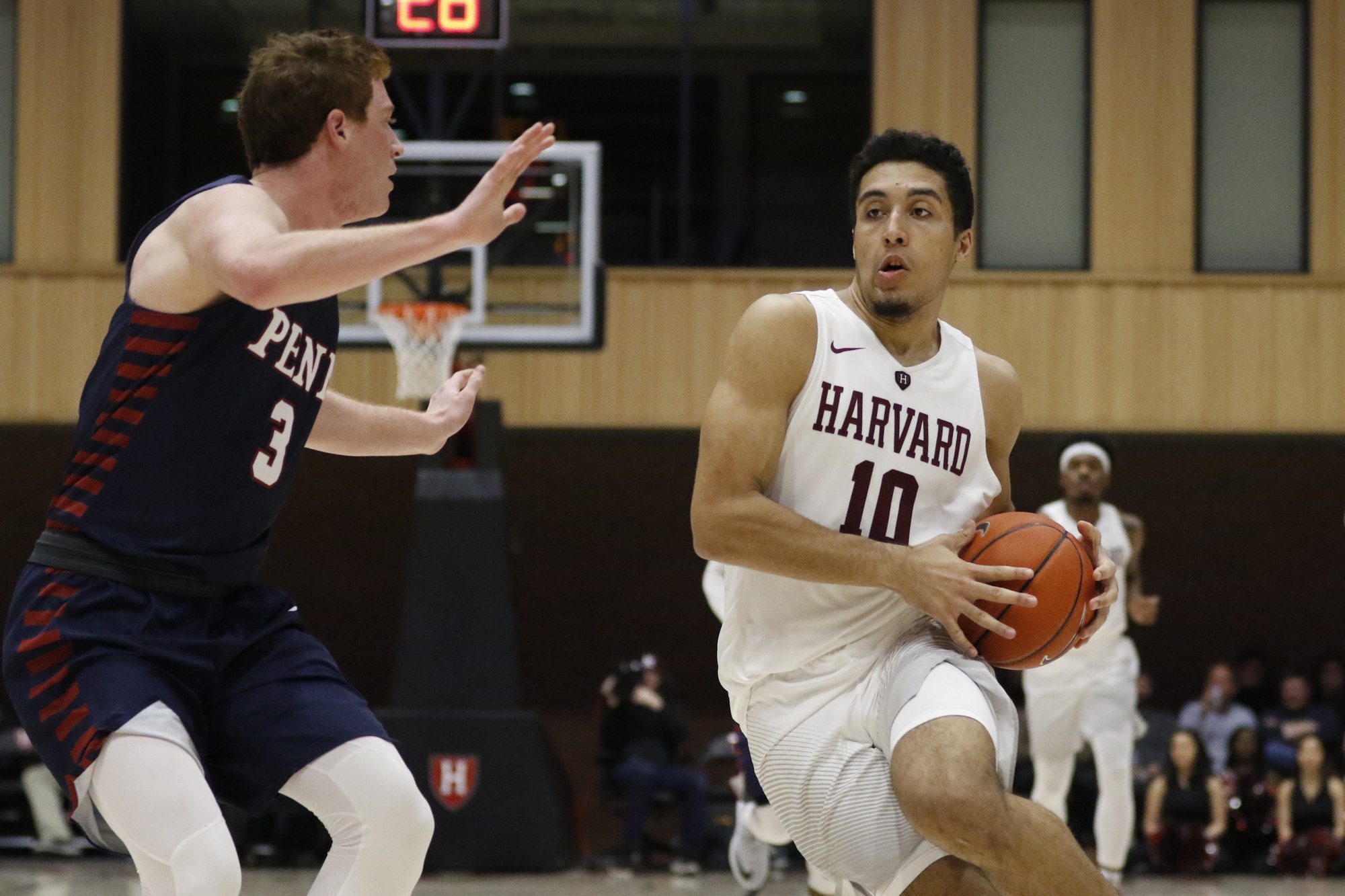 NEW HAVEN — Harvard men's basketball has an opportunity this weekend to earn its first berth to the NCAA Tournament since 2015, challenging Penn in the Ivy semifinals at 12:30 PM on ESPNU. The Crimson is coming off a win over Columbia that simultaneously earned the program its seventh-ever Ivy League title. As the No. 1 seed for the second straight season, Harvard will hope to erase the bad memories of last season when it fell to the Quakers in the tournament final.

Bryce Aiken was named as an all-Ivy first-team selection this past week, while freshman Noah Kirkwood claimed Rookie of the Year honors. The former guard leads the Crimson with 21.8 points this season, while Kirkwood moved into the double-digit scoring column of late.