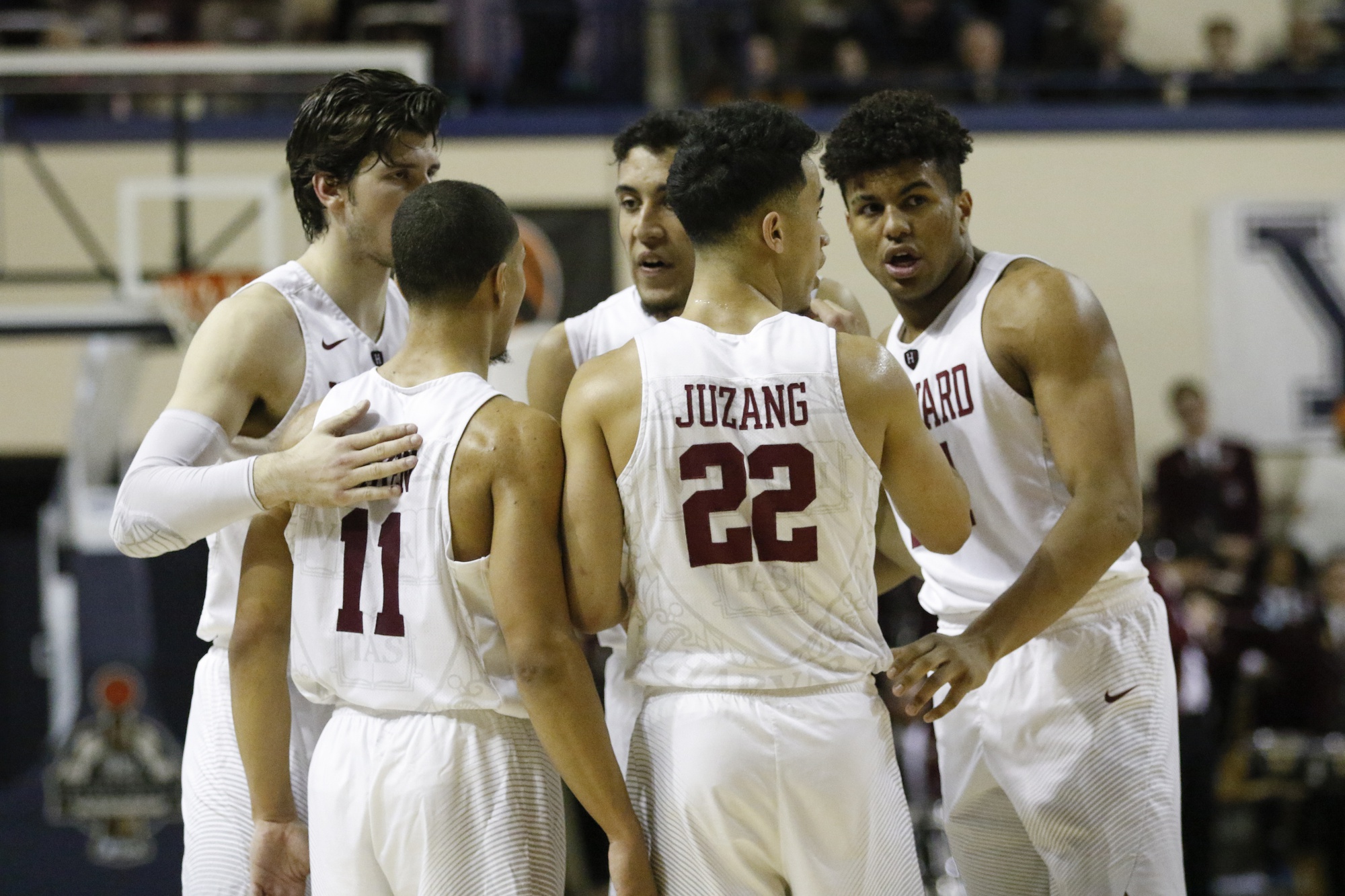 The Crimson defeated Penn 66-58 Saturday afternoon to earn a berth in the Ivy Tournament final. By Timothy R. O'Meara
By Crimson Sports Staff

NEW HAVEN — Harvard men's basketball is one game away from the NCAA Tournament, as it must defeat Yale in the Ivy tournament final at noon to earn its spot. The contest will be featured on ESPN2 and will decide one of the final auto-bids on Selection Sunday. The Crimson defeated Penn 66-58 yesterday in the semifinal battle, with junior guard Bryce Aiken leading the team with 19 points. First-year Noah Kirkwood also chipped in with 12 points, while junior big Chris Lewis had two critical blocks over AJ Brodeur late in the contest to seal the victory.

The Bulldogs are coming off a thrilling late-game comeback over Princeton, in which they outscored the Tigers 17-6 in the final three minutes to escape an upset. Miye Oni paced the side with 23 points, while three other Bulldogs logged double-digit perforamnces. Harvard holds the season-sweep, including a buzzer-beater shot by Aiken in the two teams' previous outing at Payne-Whitney Gymnasium.