LIVE: Men's Basketball Visits the Hilltop to Take on Georgetown in NIT 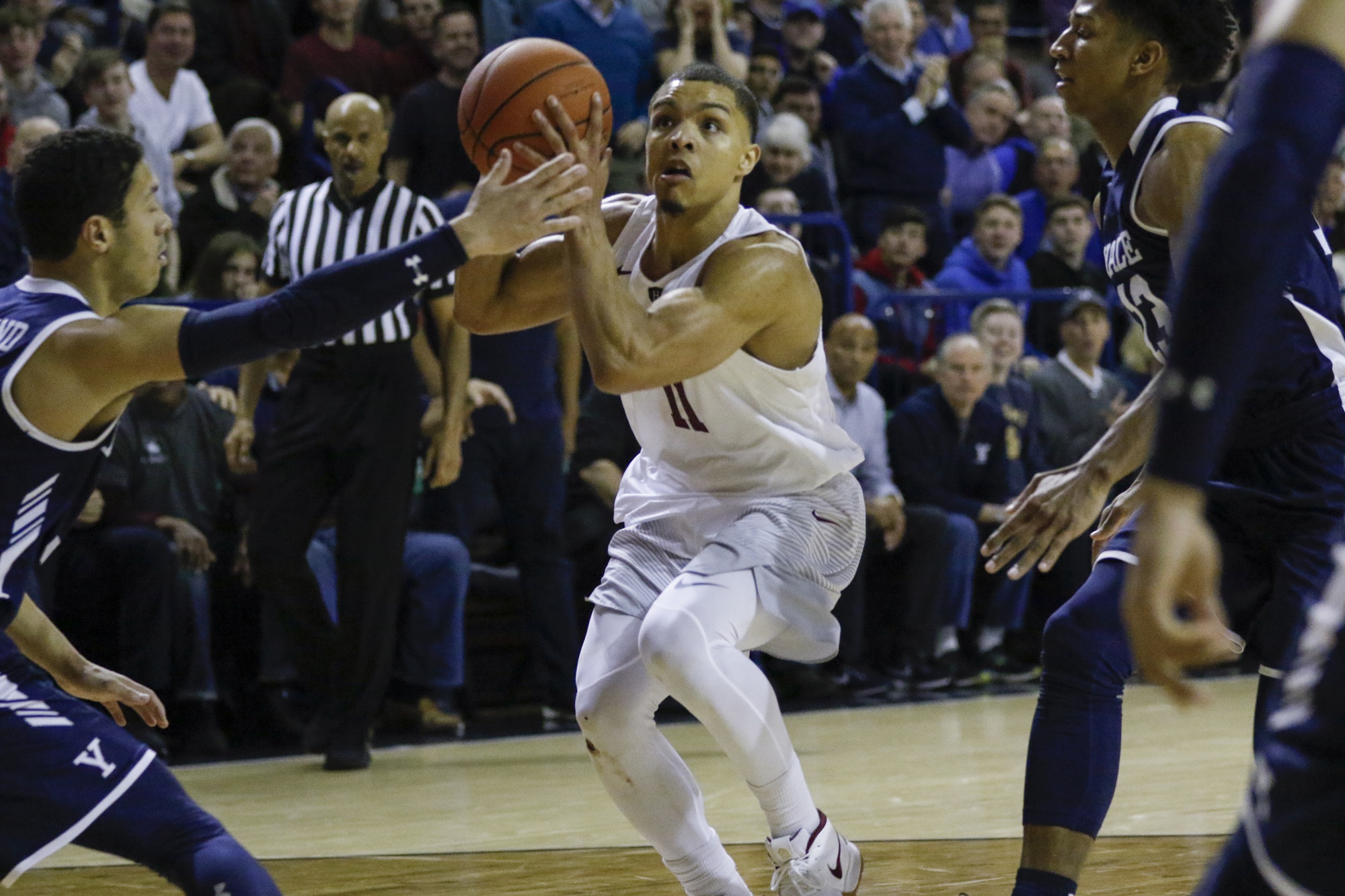 The Crimson hope to prolong its season in the first round of the NIT tournament, where it is pitted against Georgetown. By Timothy R. O'Meara
By Crimson Sports Staff

WASHINGTON D.C. — Harvard men's basketball drew the sixth seed in the NIT Opener and will face No. 3 Georgetown on Wednesday night. The game will be played on Gerogetown's campus at the 2,500-seat McDonough Arena and will be televised nationally on ESPN2 at 7PM.

The Crimson fell short of its first berth in the NCAA Tournament since 2015, dropping in the second half to Yale in the Ivy Tournament final. Due to winning the Ancient Eight regular season title, Harvard earned an auto-bid to the NIT. Bryce Aiken is coming off a 38-point performance in the loss, continuing his offensive dominance since returning from knee injury at the setart of Ivy season.

Georgetown is led by senior Jessie Govan, a Big-East first teamer, as well as three freshmen: James Akinjo, Mac McClung, and Josh LeBlanc. The Hoyas lost to Seton Hall in the conference quarterfinals and finished 9-9 in regular-season play. This is Georgetown coach Patrick Ewing's second season in charge of his alma mater.

Tonight's game will also feature a variety of experimental rules, inclulding an extended three-point line, wider lanes, and the replacement of one-and-ones with a foul-reset scenario after the midway point of each half. The winners of this contest will play NC State on Saturday night in Raleigh.