‘Queer Eye’ Returns as Powerful and Entertaining as Before 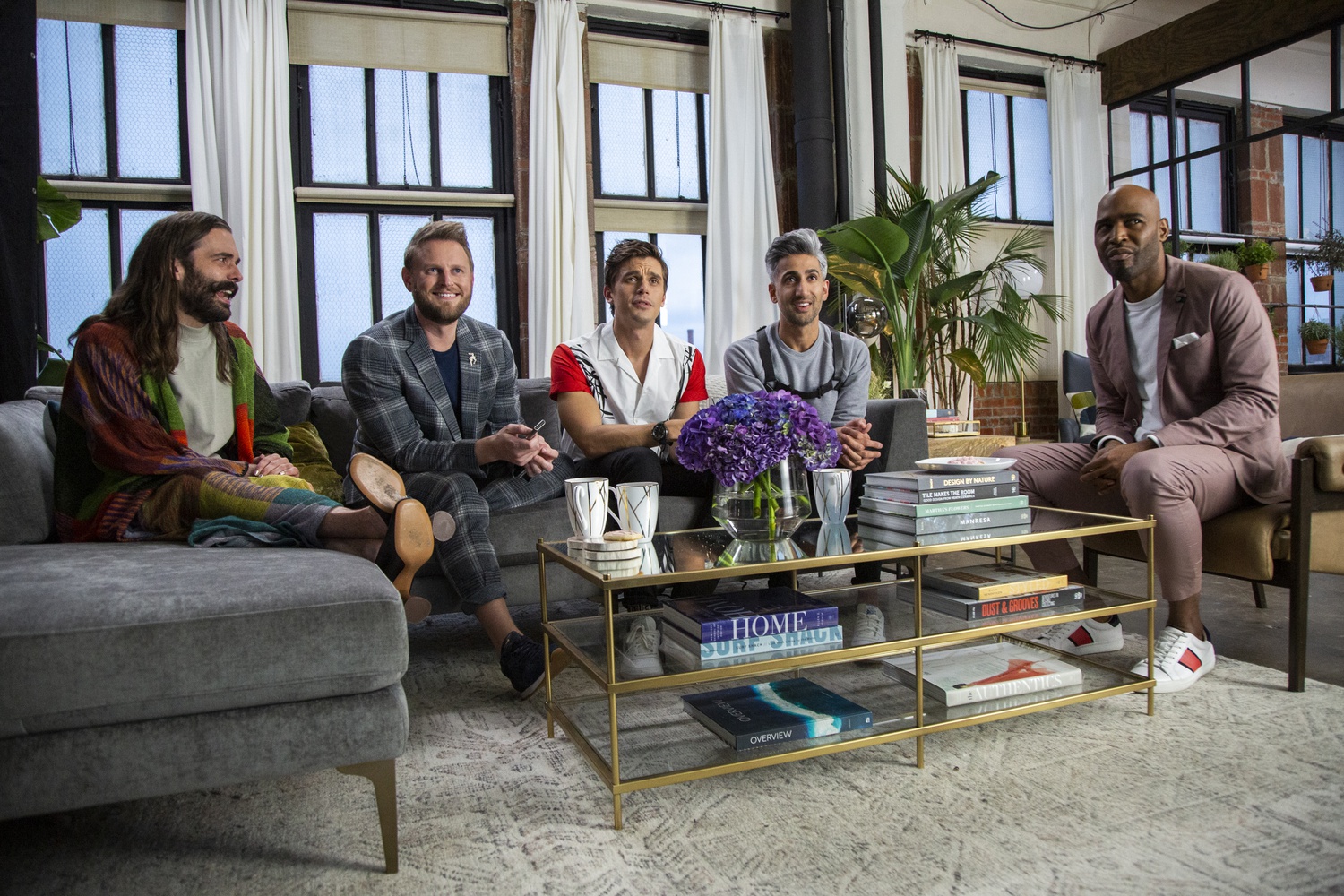 By Courtesy of: Christopher Smith/Netflix
By Cassandra Luca, Contributing Writer

Tan’s French tuck, Jonathan’s repeated “henny,” Antoni’s love for corgis, Bobby’s shock upon seeing a messy living room, and Karamo’s tendency to make people cry: Any avid viewer of “Queer Eye” has seen it all before, but not quite like this. The third season of “Queer Eye” opens with an emotional first episode, featuring Jody, a prison guard who hasn’t quite figured out how to accept her own beauty. From here, the emotional stakes only rise higher. Though it’s easy to sit back and wonder just how much of a difference the Fab Five can make in each person’s life — surely the causes of each person featured have much more to do with deeper issues than simply being messy or not knowing how to cook — this season proves that regardless of what causes each person’s struggles, these five men know how to dig deep and ask the right questions, all while entertaining a larger audience.

Some episodes pack more of an emotional punch than others. The story of sisters Shorty and Little, who struggle to keep things together after 35 years of hard work and early mornings at their barbecue restaurant, raises important questions about the disproportionate amount of emotional labor black women have to put into their jobs or careers. Watching Jess, a young woman in her 20s, tell the story of how her adoptive parents kicked her out from her home upon finding out that she was lesbian is also emotionally compelling. Listening to Rob, a man on the cusp of marriage, yet unable to see the good within himself, come to terms with the roots of his self-deprecation will bring tears to the eyes of many.

Each of the eight episodes reveals that “Queer Eye” is about more than simply buying a more flattering wardrobe and learning to make a signature dish. Halfway through any episode comes the realization that the underlying reason for any of the participants’ haphazard appearance or lax approach to cleaning their houses is not, in fact, because they are lazy, but because there are deeper issues at play.

The simple fact is that Jess, Rob, and Joey — a single father who buys clothes only when absolutely necessary, having convinced himself that needing anything more is a sign of vanity, not self-care — and the various other guests on the show all slowly reveal the sources of an inner trauma in ways that are both profoundly moving and poignant. That guests dealing with serious life problems can only find help via a reality TV show designed for the entertainment of thousands of Netflix viewers is a sad commentary on the state of mental health in the United States.

This question is one the viewer will often grapple with: Are the changes the Fab Five instill in each of eight episodes enough to help those who appear in the series, or are the changes merely cosmetic? This season of “Queer Eye” shows that the series has evolved far beyond the first season’s insistence on developing confidence and self-love and instead has amplified these values, recontextualizing them in a more serious way amid the inner struggles and trauma with which both viewers and participants grapple. The Fab Five unearth how one’s outward appearance and surroundings are directly affected by the deeper parts of one’s psyche. This is good television: It feels good to watch, but it also allows the viewer to connect to it on a deeper emotional level.

One of the subtler ways to track the positive impact the Fab Five have on the subject of each episode is by looking at their faces. As each person’s confidence rises, so too falls away a thick beard, tangled hair, or a stray hand covering a smile. By the end, the audience sees more of the person’s face. Though their traumatic pasts cannot be fixed, the five men collectively help their subjects see the good within them — corny, yes, but so begins change in the right direction.

“Queer Eye” is not all heavy emotional material. This season introduces Bruley, the dog who steals food when he shouldn’t, as well as small helpful life tidbits at the end of each episode. (Don’t fast forward to the next episode without watching Antoni and Tan fight over the right pronunciation of the word “tomato.”) Tune in to episode seven to find out which member of the Fab Five has a panther as his spirit animal. Spoiler: Antoni firmly identifies as “an adolescent corgi, a tri-color.” The blend of these light-hearted moments perfectly offsets the more emotional ones, at which points the audience realizes that while the Fab Five have done all they could to help, there is, of course more work to be done on behalf of each participant.

Perhaps that’s really what the series is all about, and why “Queer Eye” is so successful at what it does. It’s not about fixing the deeper causes, but rather about unearthing them for each individual to see, for themselves, who they are and where they need to go.