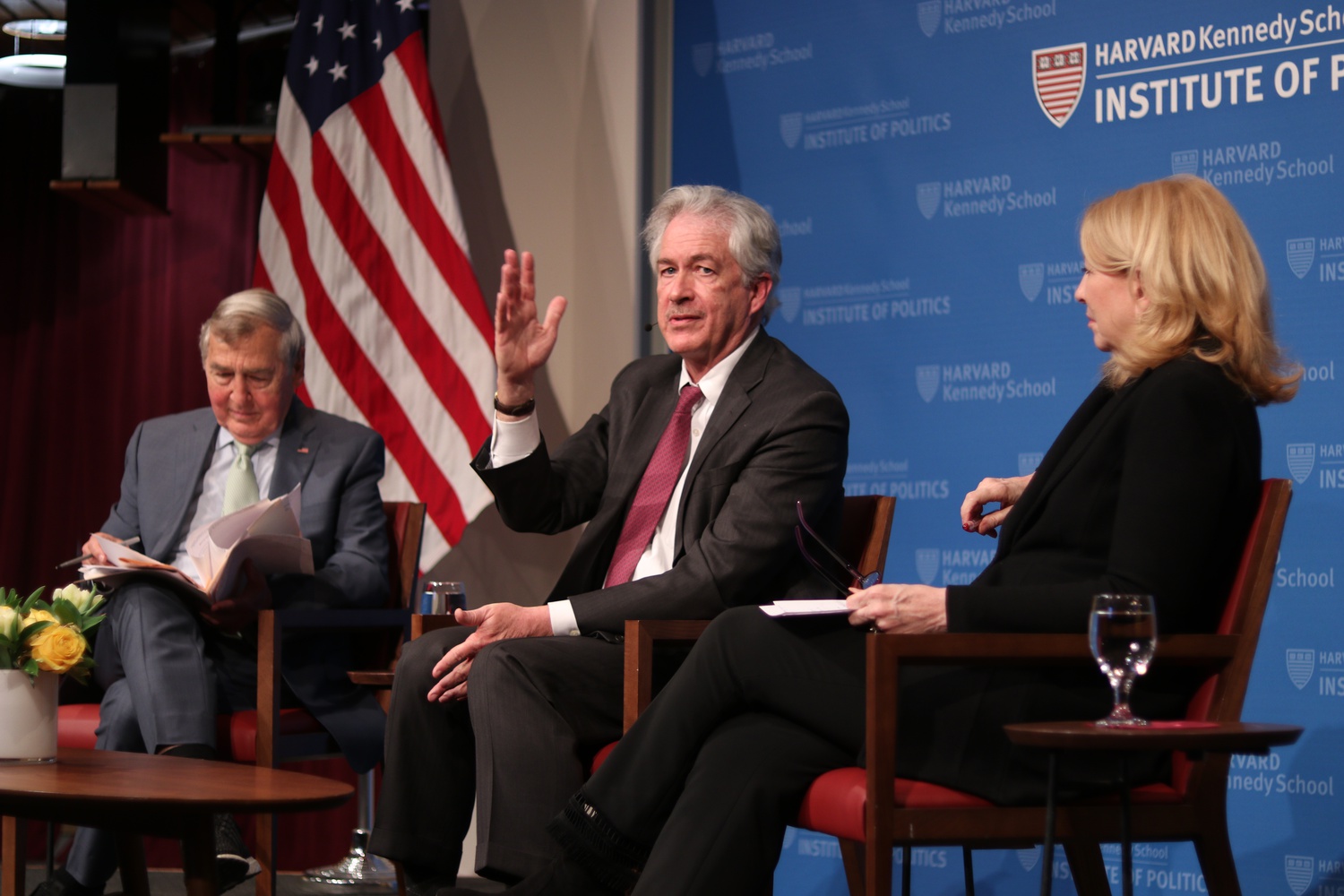 Harvard Kennedy School professor Graham T. Allison ’62 moderated the event, which was co-sponsored by the Belfer Center for Science and International Affairs. The three discussed topics ranging from challenges facing the State Department today to Burns’s and Russell's careers as ambassadors for the United States.

During the event, Burns — who served as a diplomat in the Clinton, Bush, and Obama administrations — characterized the current state of international relations as one in which “the U.S. is no longer the only big kid on the geopolitical block.”

Burns, however, said he believes the U.S. has a unique advantage in dealing with global issues such as climate change and the rise of technology. 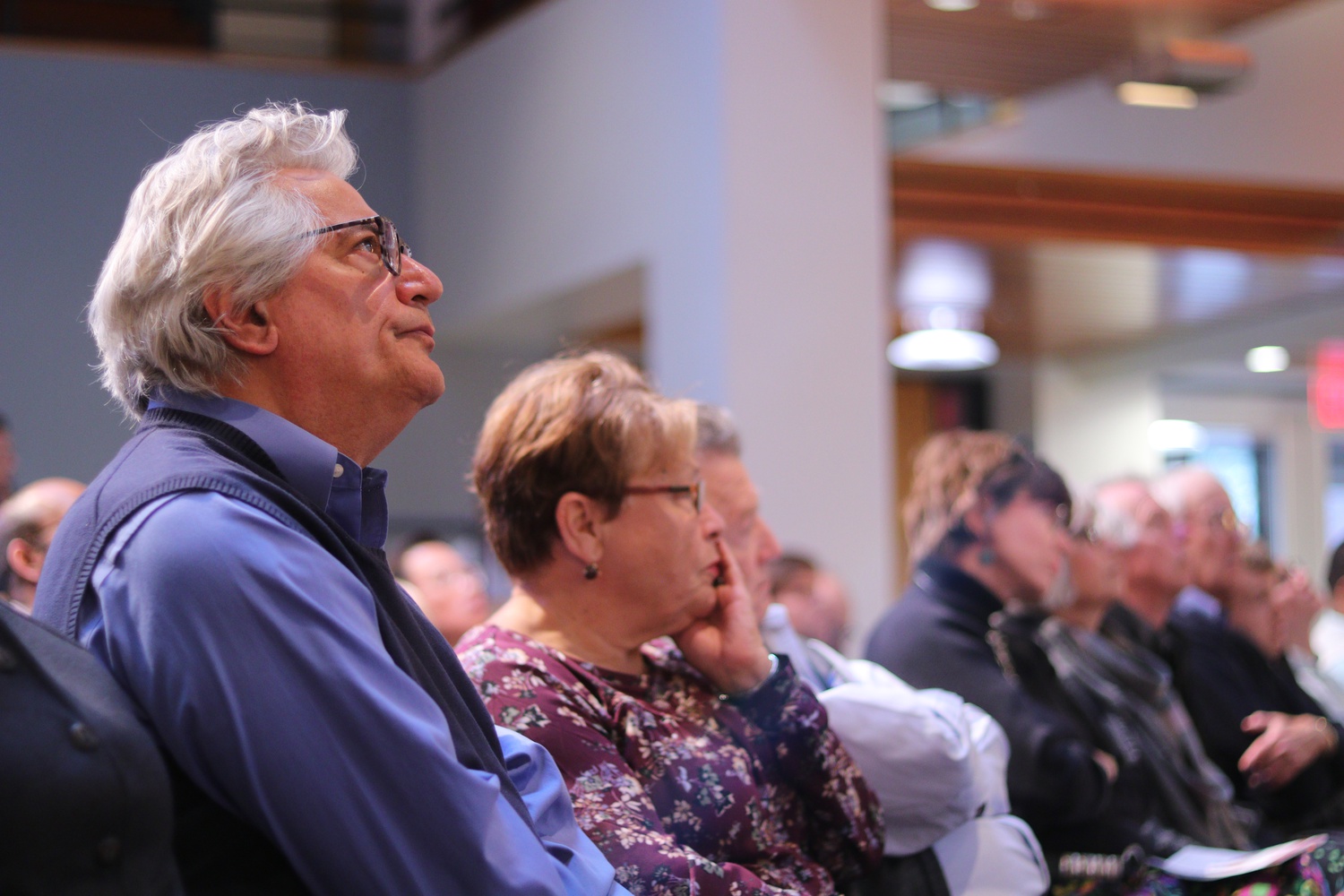 Attendants of Institute of Politics event "Diplomacy: What is it Good For?" listen to Amb. William J. Burns speak about his experiences working as a public servant Thursday evening. By Amy Y. Li

“I would still argue the U.S. still has a better hand to play than any of our major rivals, and I mean that not just in economic leverage and military leverage, but our capacity to draw on alliances and to mobilize coalitions of countries to deal with these kind of problems,” he said.

Burns also said he believes diplomacy has been treated as “an under-resourced afterthought” in recent decades, especially with the emphasis on “military and intelligence tools” after 9/11. He added that he thinks the current U.S. administration has made the state of diplomacy "infinitely worse" at a time when diplomacy is needed most.

“$40 billion was proposed for the State Department for all of our diplomats overseas and for all of our foreign assistance and $750 billion for Defense, so nineteen times higher,” he said. “It’s foolish to let that imbalance continue to increase.”

The discussants also touched on the issue of diversity at the State Department, which Burns described as “painfully slow.” 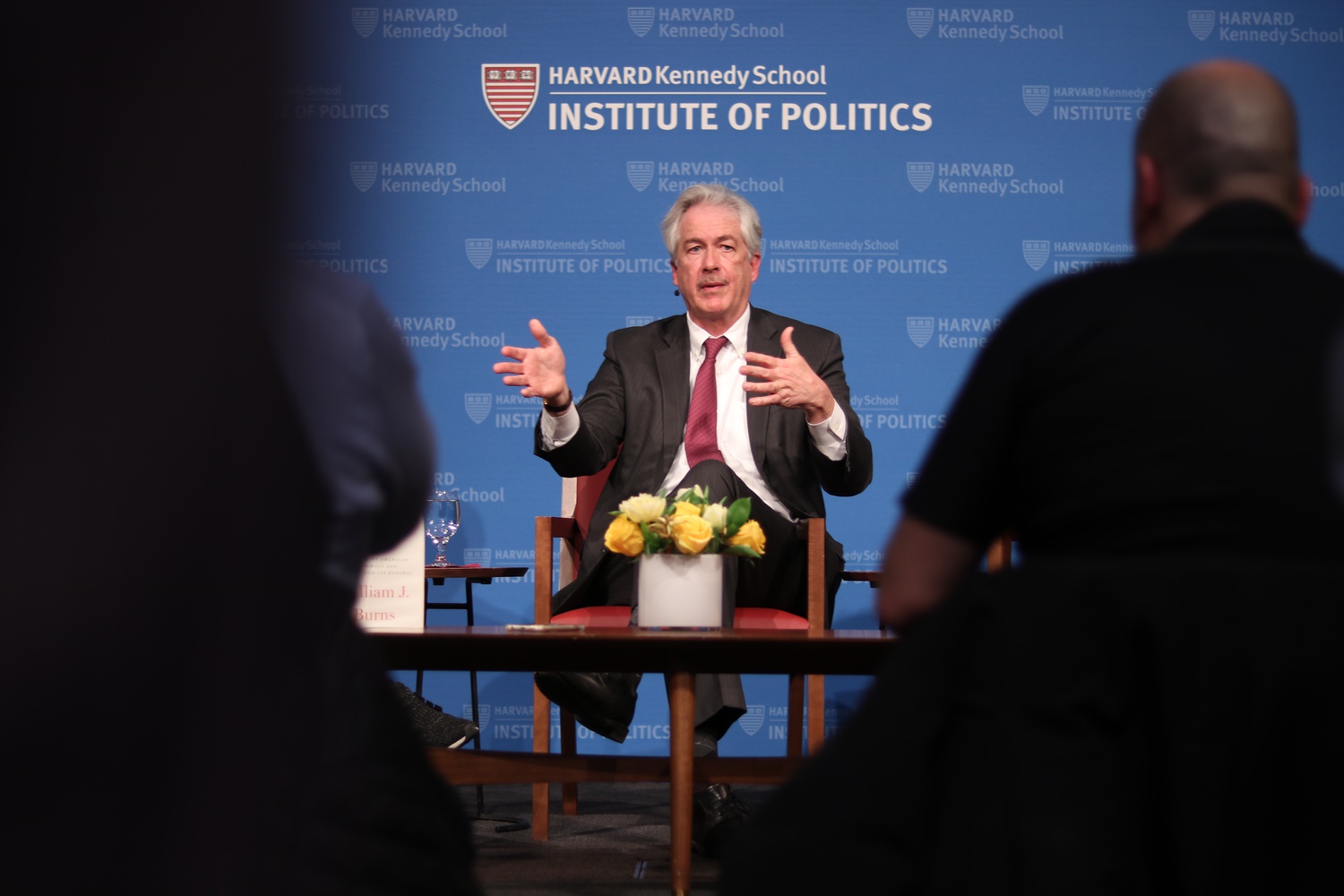 “When I came into the foreign service in the early 1980s, nine out of ten foreign service officers were white and less than a quarter were women. By the time I left, the gender balance had improved, but at the senior levels, it was still not nearly where it should’ve been,” he said. “But what’s happened in the last two years is to reverse those trendlines.”

During the event, Allison and Russell praised Burns’s career, and Allison called him “one of the greatest international diplomats of this era.”

Russell, who worked with Burns under the Obama administration, called Burns an “icon” for “people who worked in the State Department.”

“I think he’s probably the only living person who has a room named after him at the State Department,” she said.