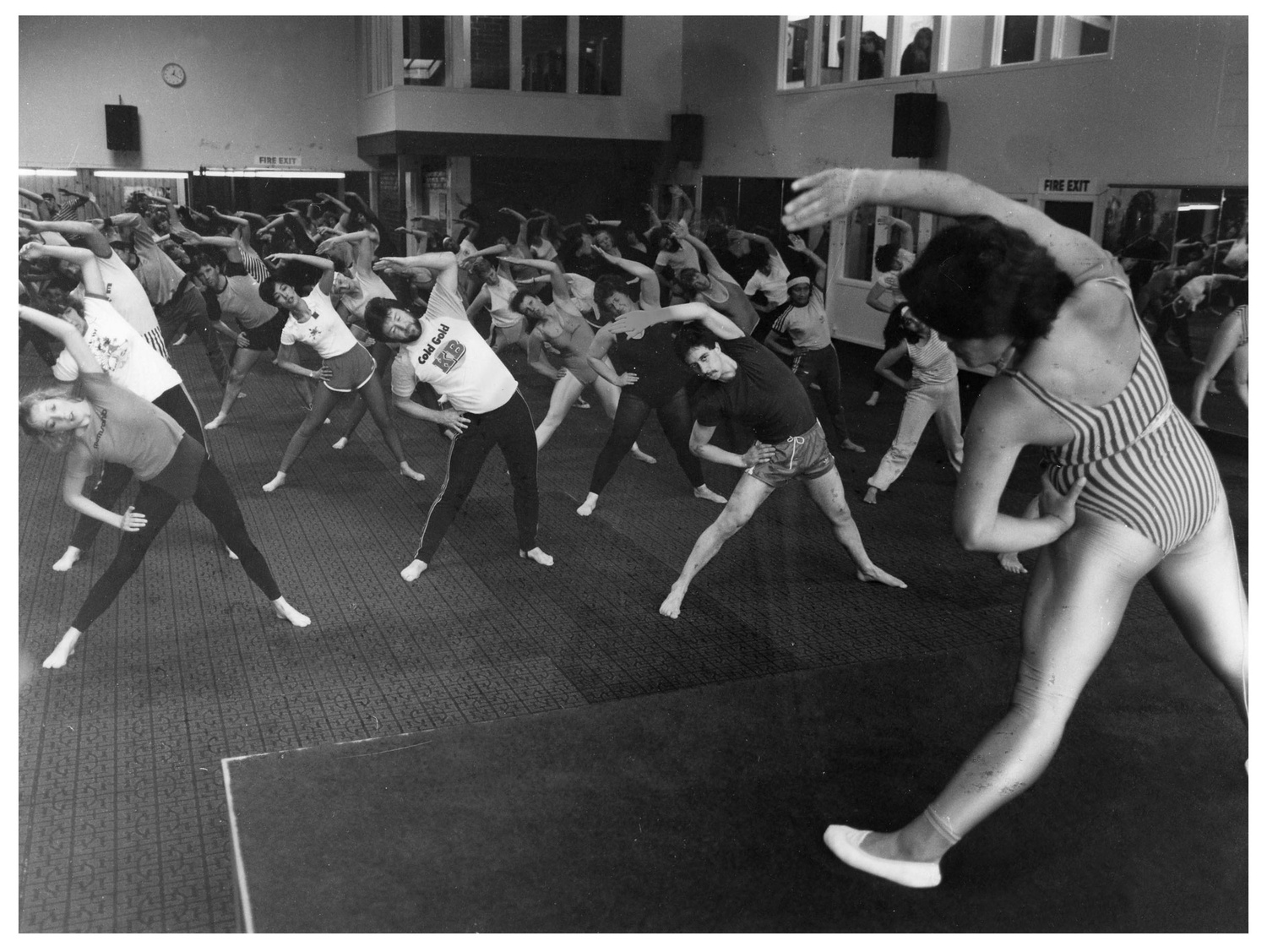 When someone says, “fashion in the 1980s,” a few things immediately come to mind: bright, flashy clothing, overstated accessories, tight spandex, parachute pants, fanny packs, and maybe even fingerless gloves. While a few of these looks are making a comeback in 2019, there are still some ‘80s items that remain niche and time-specific. Besides the classic “door-knocker earrings” and bright clothing, what were some of the specific crazes? And why? This piece takes a deeper dive into a few particular trends and the history behind some quintessential ‘80s items. An eclectic mix? Maybe. Weird and interesting? You decide.

Thanks to the infamous Jane Fonda, Aerobics were incredibly trendy in the 1980s. She released upbeat workout videos where women leg-lifted, side-bended, and dumbell-raised in groups, accompanied by funky, fast-paced music. The success of Jane Fonda’s workout videos and her book “Jane Fonda’s Workout Book” led to a huge surge in the popularity of aerobics. More significantly, the general conception of working out eventually expanded to include women. It also resulted in a fashion craze of neon spandex, printed leotards, and leg warmers. Oh, and don’t forget the scrunchie. Perhaps the most peculiar of the Jane Fonda workout items were the “high-cut fitness briefs” over the spandex pants. This new trend of workout gear bid goodbye to boring gym outfits. Thanks, Jane, for spicing up workout fashion.

It’s 2019, and Nike Air Jordans are back in style. Whether it’s testament to Michael Jordan’s lasting legacy or to the general surge in sneaker wearing, these kicks owe their popularity to a dramatic story in the ‘80s. After Michael Jordan signed an endorsement deal with Nike, he debuted the original Air Jordans on court. The NBA then banned the sneaker, asserting that they did not conform to the league’s regulations on uniforms and colors. Of course, Jordan continued to wear the sneakers, facing a $5,000 per-game fine. This public pushback, combined with Jordan’s increasingly obvious talent on the court, resulted in a surge of Air Jordan popularity. Suddenly everyone had to have a pair.

Of all the ‘80s-specific trends, the “Cosby Sweater” one might immediately come to mind — more for its peculiarity than for its stylishness. Cosby sweaters feel as if the classic ugly Christmas sweater and the loud patterned sweater birthed an even more colorful child. The “Cosby sweater” got its name from — you guessed it — Bill Cosby on “The Cosby Show.” The legacy of the sweater is undoubtedly tainted by the recently revealed, and unacceptable actions of Bill Cosby himself, and it perhaps seems dubious how the sweater rose to such fame even as Bill Cosby was paving such a path of unpopularity. Nonetheless, these loud knits were a popular fashion trend in the 1980s, perhaps because “The Cosby Show” was one of America’s most popular TV shows at a time when many fashion trends were being picked up from television. The sweater has an explanation of its own: The director wanted to maintain each characters individualism, and because so many people were [on screen simultaneously, patterned clothing seemed to be the obvious answer. NBC also often spliced separate camera takes together in order to create a perfect shot. Creating a combined scene was much more forgiving and smooth when the actor was wearing a colorful sweater rather than a shirt and jacket that would show the slightest shift in costume.

As women in the ‘80s continued to challenge their role as individuals in the workforce rather than wives or mothers at home, the shoulder pad emerged as a fashion trend that signified a woman’s power and her entrance into a man’s world. This phenomenon could be partly thanks to the shoulder-pad-wearing Margaret Thatcher, or other various characters on television. This trend in the ‘80s was an obvious challenge to the female role and the female silhouette — and a cool one at that. The shoulder pad allowed the female silhouette to shift away from exclusively the petite feminine look, and towards a presence with more obvious strength and assertion.

While people in 2019 may not be walking around in a Cosby Sweater or with big shoulder pads on, there are multiple references to ‘80s fashion in style today: off the shoulder shirts and dresses, high-waisted jeans, even animal print. Why could this be? Perhaps because style often works in cycles.

Perhaps 2019, like the ‘80s, has latched onto the trend of pushing back. The clothing worn by Michael Jordan and Jane Fonda gained iconic popularity largely because they made a splash and were unafraid to rebel against established cultural norms. In today’s social-political climate, it only makes sense that fashion is invoking this beloved bold era that perhaps isn’t as bygone as one would expect.

—Staff writer Alexandra C. Kim can be reached at alex.kim@thecrimson.com.