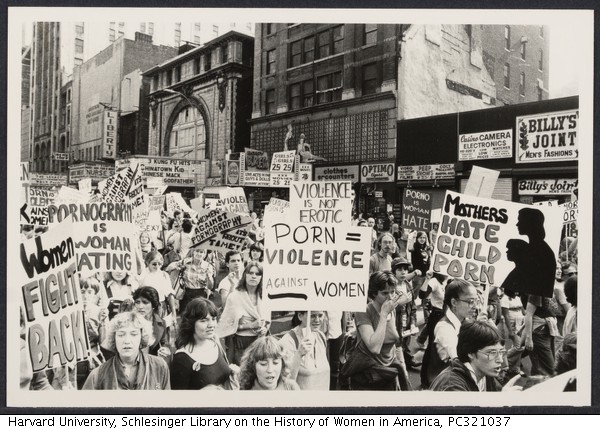 1979 demonstration by Women Against Pornography, part of the "anti-porn" movement which saw sex under patriarchy as inevitably violent.
Advertisement
Advertisement

Why Do We Want Who We Want?

It seems like, even 40 years after the sex wars, “sexual preference” is often treated as inviolably personal and therefore immune from scrutiny. What if the new standard was to insist that no, you’re not allowed to hold any set of desires without explaining why?
By Malaika K. Tapper

The night before Valentine’s Day, some friends and I sat on a dorm futon and filled out our Datamatch profiles. We peered over another friend’s shoulder as he slowly finished his profile, the last of the group. When Datamatch asked whom he was interested in matching with, he clicked “women” and moved on to writing a joke for his bio.

“Wait, whoa,” my other friend objected. “You didn’t include gender non-binary?” Datamatch Boy was a little taken aback. I don’t think he had considered this to be a problem. He said he just wasn’t interested in dating someone who was gender non-binary. 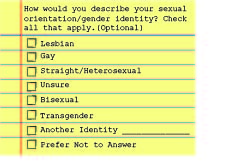 What does it mean to involve yourself in the boundaries of someone else’s desires? By Cat D. Hyeon

“Just not being into” gender non-binary people might feel fine as a cloud of an idea floating in your own head. But, when it takes solid form, when it becomes a sentence you repeat several times out loud, it starts to sound bad. “Okay, okay,” our second friend said with a voice that suggested it might not have in fact been okay — as in, a resigned — “if that’s really what you think is best.” Was it right to challenge Datamatch Boy? What does it mean to involve yourself in the boundaries of someone else’s desires?

Recently, I’ve been thinking a lot about an essay called “Does Anyone Have the Right to Sex?” by a philosopher named Amia Srinivasan. She asks how it’s possible to have good sex when we know our every sexual wish has been determined by a spurious cocktail of patriarchy, racism, ableism, transphobia, and other biases. Srinivasan’s argument emerges in the legacy of the “sex wars,” a debate that originated in the late 1970s. On one side, there was an “anti-porn” feminism and, on the other, a “sex-positive” feminism. Catharine MacKinnon and Andrea Dworkin led the “anti-porn” contingent, which held that all desire is political and that sex under patriarchy is inevitably violent. The “sex-positive” philosophy, which developed partly as a response to “anti-porn” feminism, contended that sexual desire is inherently private and that questioning it is a form of sexual “authoritarian moralism.” They believed that “anti-porn” feminism threatened to assign a type of false consciousness to women and make sexual pleasure under oppressive systems impossible.

But, leaving everyone to their own desires has its risks too. It demands that we chalk up factors like patriarchy, racism, ableism, fatphobia, and transphobia — which influence our desires — to what Srinivasan calls the “seemingly innocuous mechanism of ‘sexual preference.’” Sex-positive feminists intend to affirm trust in female desire, but assuming that all desires are a matter of simple preference can obscure the fact that some are based in discrimination.

Datamatch Boy’s profile choices seemed a perfect example of systems of oppression working their way into our subconsciousnesses. By questioning Datamatch Boy’s choice not to include gender non-binary people, my other friend proposed that our desires must be scrutinized and called out for their roots in systems of oppression. But did the call-out transform Datamatch Boy’s desires? I wondered if anyone had ever asked him if he was interested in gender non-binary people. Did he just assume he wasn’t?

Recently, I went to dinner with a friend and we talked about limits on desire. My friend didn’t think it was automatically transphobic to say you aren’t attracted to trans people. But I argued that often, in the realm of desire, it’s easy to think of transgender people in the abstract, drawing from a definitively transphobic blend of media images and stereotypes rather than thinking of trans people as individuals within a group.

Among the people I know at college, it’s a given that “you can’t have a thing” for people of one race. My friends agree, for example, that it’s racist to “be into" women of Asian descent. But, who you are into can be easier to address than who you’re not into.

Exclusivity in desire can be very easy to miss and almost as easy to perpetrate. Oppression, latent in society, draws limits around our desire. We don’t often notice these boundaries as they arise, and we don’t always think about the fact that they are there. We only realize that we restrict certain groups from our desire in situations like making a Datamatch profile, situations that force us to make an active decision about who we want to include in our desire.

It seems like, even 40 years after the sex wars, “sexual preference” is often treated as inviolably personal and therefore immune from scrutiny. What if the new standard was to insist that no, you’re not allowed to hold any set of desires without explaining why?

I think what’s most freeing about confronting and questioning our desires is that if you look at them long enough, our desires and our limitations upon them can change. As Srinivasan writes, “Our sexual preferences can and do alter, sometimes under the operation of our own wills — not automatically, but not impossibly either.”

A friend of mine was screwed over romantically this year. I talked about this with another person who quipped that boys on this campus are “obsessed with little white girls.” We couldn’t think of another reason for the betrayal. As is often the case in romantic disappointment, there was no logical explanation, no way to trace the steps or factors that had led to the letdown. In another timeline, with another group of friends, insecurity would have shaded the aftermath, self-doubt dominating the autopsy. Instead, we shifted blame from self to system.

It feels to me that a certain hopeful strain of the anti-porn, MacKinnon-ite philosophy of desire prevails on Harvard’s campus. In challenging easily -missed exclusions from desire, we are finding a middle ground between draconian scrutiny and the sheltering of oppressive systems behind “personal preference.” When sexual desire is examined, we begin to neutralize murky threats to morale while wading through the dating pool.

—Magazine writer Malaika K. Tapper can be reached at malaika.tapper@thecrimson.com. This is the first installment of her column, You Up?, which explores desire on Harvard's campus.