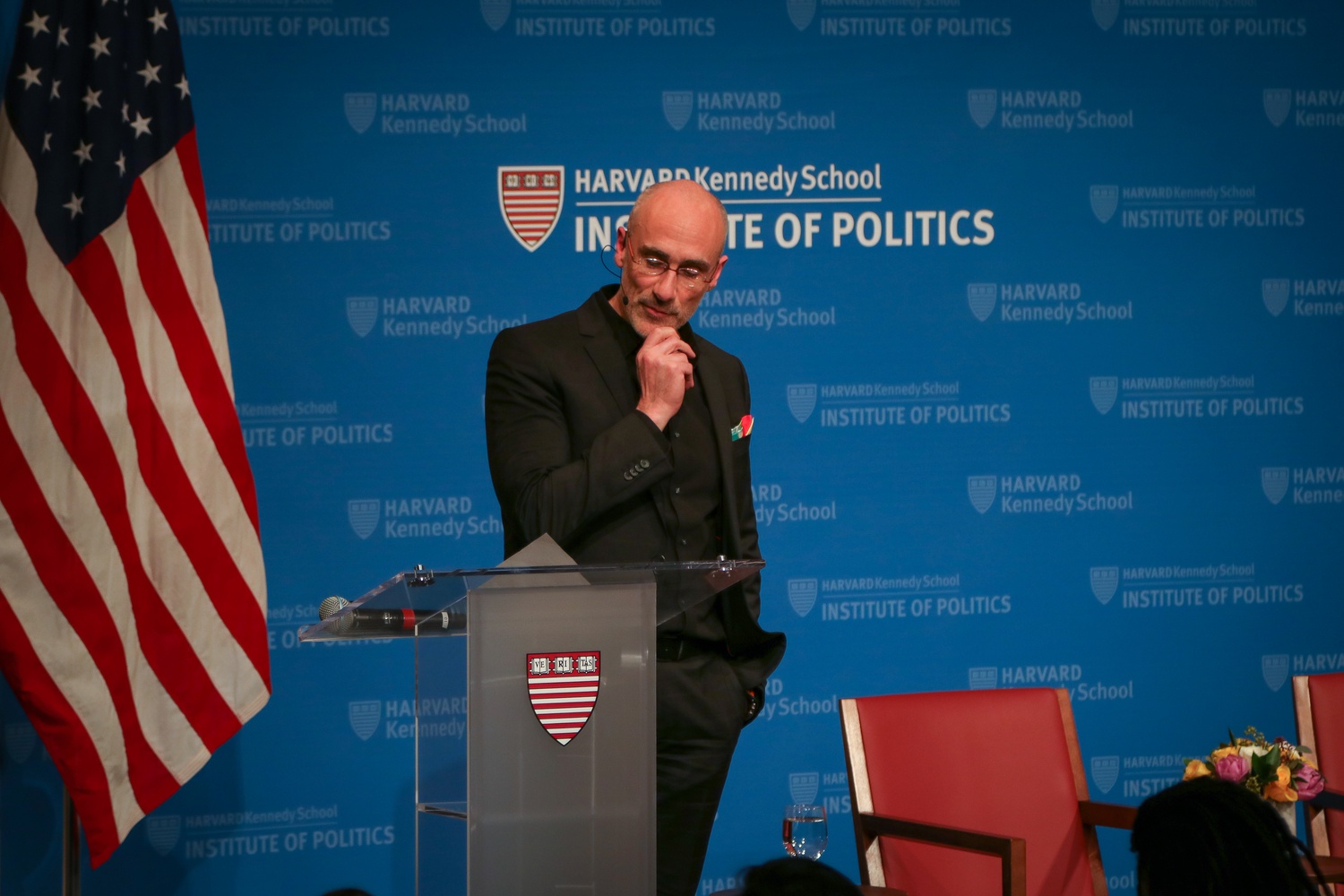 President of the American Enterprise Institute and recently appointed Harvard professor of practice Arthur C. Brooks called love the solution to the problem of contempt in American government at an Institute of Politics event Wednesday.

More than 60 people attended the event, which was named after Brooks’s new book “Love Your Enemies.” It began with remarks from Brooks, followed by a discussion moderated by University Professor Danielle S. Allen.

Brooks — who is set to leave AEI and become a professor of the practice of public leadership at the Kennedy School in July — said his book was partially inspired by a question and answer session he had on the same stage two years ago at the JFK Forum.

After the 2017 event, the Kennedy School posted a video on its Facebook page of Brooks describing the Dalai Lama’s advice to show warm-heartedness even in the face of contempt. The video garnered more than 11 million views.

“It's a middle-aged think tank president talking about love that got 11 million views,” he said. “That is absurd. And I thought to myself, there's a book in this.”

Following the video, Brooks searched for solutions to what he calls America’s “love crisis,” which he describes as the growing partisanship and lack of respect among politicians. Advocating for love as the solution to the discord in Washington, Brooks introduced findings from his interdisciplinary study of neuroscience, philosophy, and politics.

Allen — who Brooks said he consulted while working on the book — challenged Brooks’s ideas during the discussion period.

“I think it's too big an ask,” Allen said of Brooks’s suggestion to show love to all of one’s political adversaries. She cited Aristotle’s ideas of performing friendship regardless of how you feel about someone, which she called more “fair” to ask of people than love.

At one point during the event, Brooks used the term “Kumbaya” to show that current efforts to foster civility are lacking. Allen, however, challenged Brooks’s argument.

“Our everyday language is a carrier of contempt and my example is Kumbaya,” said Allen, who is African American. “You used it just now contemptuously. When I hear that, I hear my culture being disrespected.”

“I appreciated the point about finding moral consensus with those you disagree with,” she added.