Men's and Women's Track Prepare for Dual Meet versus Yale 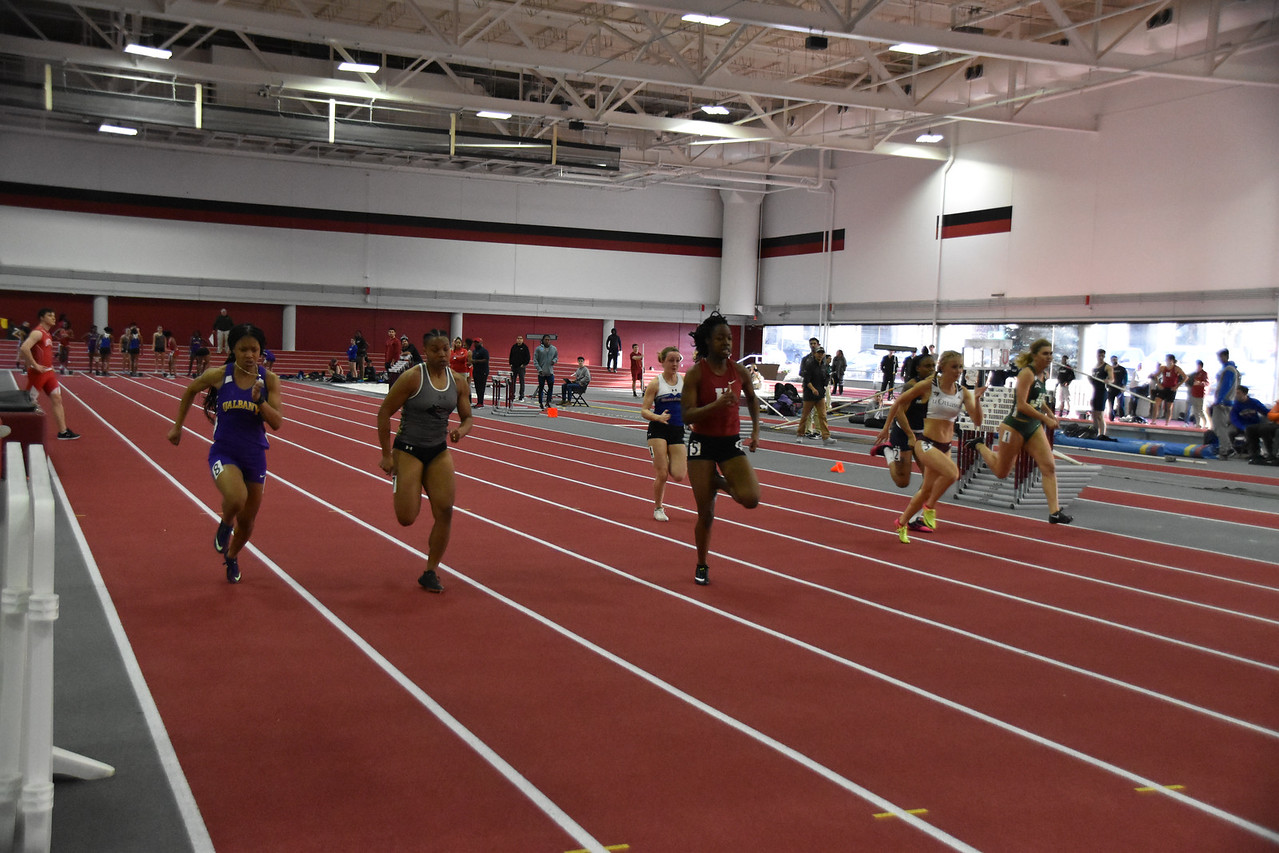 In looking forward to the dual meet with their historic rival Yale, Harvard prepares to present a strong outing after not competing in two weeks. By Quinn G. Perini
By Mahtab Shihab, Crimson Staff Writer

After two weeks of not competing, Harvard track and field looks to continue its promising season as it prepares to take on Yale in a dual meet at the Bulldogs’ track. As with any competition against its arch nemesis, the stakes will be high and there will be history on the line.

This meet will not only provide the victor with a competitive edge at Ivy Heps, but it also serves as an HYOC qualification meet. Athletes who can hit the standard times and marks will be able to go to England and compete against the Oxford and Cambridge teams this summer.

“It’s awesome that we have the opportunity to compete in the oldest track meet in the country, making our rivalry against Yale one of the longest standing rivalries,” freshman thrower Sam Welsh said. “We are all very excited to give our best showing and hopefully bring back another win for America in late June.”

Last year, the men’s team eked out a tight 83-78 victory over the Bulldogs while the women’s team had a dominating performance and came out with a 98-61 win. Both the men and women will want a repeat of last year’s result and continue the momentum they’ve gained from their earlier meets this season.

“The HY meet will give us good experience facing other athletes in the Ivy League and prepare us for outdoor heps,” Welsh said. “If we can do well this weekend, we can do well at heps and have a chance of winning the title.”

A key to a victory on Saturday will be the strength of the team’s relay performances. Coming down to Texas two weeks ago, both the men’s and women’s relay teams had stellar performances, exceeding expectations for the Crimson.

The men’s team consisted of the same group that brought home the Ivy Heps title in the 4x400 during the indoor season. The relay consisting of sophomore sprinters Rodney Agyare-May, Jovahn Williamson, and Kahlil Wassell along with senior middle distance runner Myles Marshall qualified for the finals and ran the second-fastest time in Harvard history with its mark of 3:10.05.

On the women’s side, the 4x400 team showed their versatility as athletes by compromising a group that consisted of both sprinters and hurdlers. Sophomore sprinter Olivia Okoli ran with freshman hurdler Sharelle Samuel and junior hurdlers Karina Joiner and Maya Miklos to qualify for the finals with a time of 3:43.31. Miklos ran one of the fastest splits with a 53.64 400.

The Yale team does not boast the depth of 400m runners that Harvard has, but does have the advantage in the 4x100 relay. At the Sam Howell Invitational this past weekend, the 4x100 relay squad of Ekrem Ayhan, Kyle Macauley, Juma Sei and Vincent Vaughns posted a time of 40.95. Their time is now ranked second in the Ivy League, right behind Princeton’s mark of 40.80.

Another factor that will be integral to a Crimson win will be the performance of their throwers, especially that of freshman Sam Welsh. Welsh has already competed against some of the best throwers in the nation and has already posted a season best of 56.57m in the discus, far exceeding the mark of 46.28m that won the Harvard-Yale meet last season. Despite the increased stakes of this meet, Welsh hopes to treat it like any other.

“I try to treat every competition the same way,” Welsh said. “It is best not to focus on the competition but rather on preparing to do the best you can. Leading up to the meet, I will be doing a lot of visualization and meet simulation throws.”

Finally, what will be critical for Harvard will be their performance in field events such as jumps and hurdles. At the UMass Lowell Invitational, the Crimson had strong showings from their field athletes.

The Bulldogs likewise had an impressive showing in the jumps last weekend. In the high jump, Spencer O'Neill had a leap of 1.93m, his best mark of 2019 while Austin Laut jumped to a mark of 4.86m in the pole vault. For the horizontal jumps, Darius Jing placed sixth in the long jump with a mark of 6.63m, while Jimmy Shih placed fifth in the triple jump with a mark of 14.20m.

A Harvard win will hinge on a performance where they showcase their depth and versatility over a Yale team that has been on the rise.

—Staff writer Mahtab Shihab can be reached at mahtab.shihab@thecrimson.com