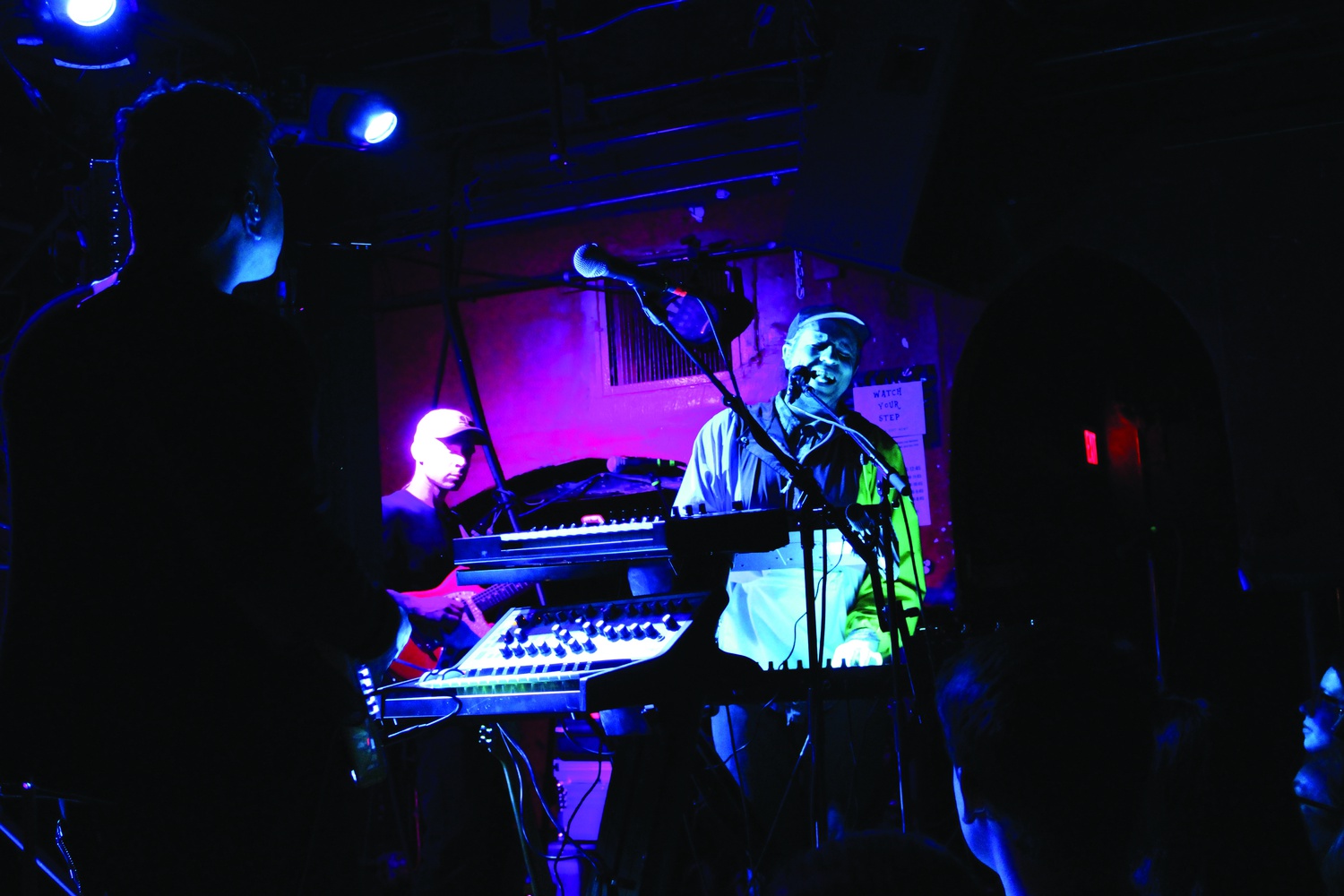 With only a handful of singles and one EP out to date, Foreign Air is the best band you’ve never heard of. After going on tour with artists like Bishop Briggs and BØRNS and having songs featured in several television shows (including the popular series “You”) Foreign Air is on their first headlining tour. On April 7, just as Harvard’s annual spring concert ended a T stop away, this indie band attracted roughly 200 people to their sold-out show at the Middle East Restaurant and Nightclub in Cambridge.

Honors, an indie-pop group accompanying Foreign Air on tour, played the opening set. The Toronto-based band smoothly navigated a set only blemished by technical difficulties with humor. With their sound system up and running again, Honors performed a myriad of upbeat songs to which a small group of audience members standing at the foot of the stage knew every word.

After Honors concluded their lively performance, Foreign Air took the stage and charmed the audience. The band’s set began with an unreleased song called “Paranoid.” Despite the apparent lack of recognition, Foreign Air got the crowd moving along to the beat and transitioned effortlessly into their second song of the night, their better-known single “Lying.” Unlike many other performers, the members of Foreign Air did not speak between the first few songs. Rather, the band let their music speak for itself.

While the band did not perform their song “Echo,” to the detriment of one very verbal fan, their set included the perfect mix of their older songs and newest singles. They visibly enjoyed performing their 2018 track and crowd favorite, “Used to You,” which begins with Mason Ramsey’s (also known as the “Walmart Yodeling Kid”) famous rendition of Hank Williams’s “Lovesick Blues.” The band showcased their versatility on their newer single “Everything is Good Now,” setting aside their electronic, synthesizer heavy style for the acoustic number.

Even though the concert venue was intimate, the overall quality of Foreign Air’s show rivaled that of artists like Twenty One Pilots or Imagine Dragons who sell out large arenas. The band displayed immense performing talent, as they sounded just like their records. The members switched instruments and transition from one song to the next seamlessly. Their sound mixing was perfect as each chord, drum beat, bass line, and vocal riff could be heard clearly without overwhelming the small space. Multi-colored lights flashed behind the band but, when it came to punctuating their set, they turned to corny jokes rather than theatrics.

After the lights dimmed and the applause ceased, Foreign Air stuck around to meet with fans. The band’s do-it-yourself work ethic — as they have no record label, publishers, or designers — was rewarded by the devotion of the crowd. At the end of the night, after an apt joke about the part of the show where they leave the stage and pretend that the show is over, Foreign Air ended their set with crowd favorite and their debut single, “Free Animal,” leaving their two hundred devotees buzzing with energy and the memory of an unforgettable night.