Top 5 Most Overrated YA Novels 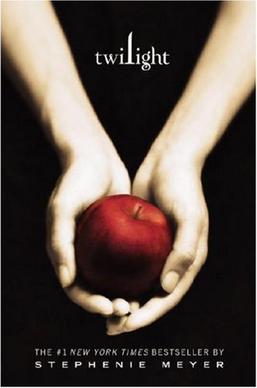 The hypnotic appeal of young adult fiction continuously coaxes the masses into buying more angsty John Green novels or dystopian volumes about world-saving teens. Every few years, a particular book or series will reach astronomical popularity, ushering a new obsession and spawning dozens of rip-offs that want to cash in on the trend. Over the past decade, the YA genre has survived a number of brief, yet intensely fanatical, periods of fixation over wizards, vampires, violent dystopias, and terminal illnesses. Each time, we swear that “It’s not a phase, Mom!” while clutching Team Jacob shirts or Mockingjay pins but alas, we’re wrong: It’s always a phase. Get ready to cringe on this trip down memory lane, because this top five probably features a slew of your favorite books from middle school.

5. “The Fault in Our Stars” by John Green

John Green may be designated as Supreme Author of Teen Angst, but a closer look at his body of work reveals that he tends to simply reproduce similar characters and story arcs in different settings. Quirky girl with some hidden tragedy meets quirky boy who wants to break down her walls. Love ensues, then sadness. If you read Green’s earlier books like “Looking for Alaska” and “Paper Towns,” the formula should’ve become fairly tedious by the time he wrote “The Fault in Our Stars.” As a middle-schooler, “The Fault in Our Stars” was the kind of book that made you feel understood, given that all its characters are just as moody and self-important as you surely were at the time. Sure, it’s obnoxious that Hazel Grace and Gus talk to each other in a superbly lofty, philosophical manner that no real teens would actually use, but that probably didn’t keep you from crying when Gus died. Probably.

4. “City of Bones” by Cassandra Clare

The premise of “City of Bones” is that Clary Fray, an ordinary high school student, discovers herself to be a Shadowhunter — a race of part-angel, part-human warriors that are granted powers by their magical tattoos and protect the world from demons. Just like hundreds of other YA writers, Clare tries to frame Clary as a “strong female lead” and fails miserably, making the character intolerable. Clary’s supposedly feisty temper comes off as petulant and obnoxious, given that she’s a newbie Shadowhunter who lacks both authority and combat ability, yet constantly demands that others help clean up the messes that she herself causes. Moreover, every other line in this novel is a joke or innuendo that reeks of middle school humor, and it’s rather hard to take the plot seriously if characters are supposedly quipping at each other in the midst of battle, over the sounds of weapons clashing and opponents dying.

Vampires and werewolves and an annoying Mary Sue, oh my! “Twilight” is a novel that fails to meet both moral and artistic standards — what can you expect when the act of a century-old vampire breaking into a teenage girl’s home and watching her sleep is construed as romance? Moreover, the heroine, Bella Swan, deems herself a generally awkward and plain girl, yet is swarmed with kids who desperately want to befriend her and snags the attention of one of the most beautiful, popular boys (hint: he might be a vampire) on her first day at a new school. Come on, this is blatantly a work of fantasy fulfillment. Skip “Twilight” if you’re looking for healthy relationship advice, but if you want to learn a slew of synonyms for “sparkling,” Meyer has you covered with her numerous, increasingly odd descriptions of reflective vampire skin.

2. “The Selection” by Kiera Cass

“The Selection” is marketed as an edgy mashup of “The Bachelor” and “The Hunger Games,” and while the novel certainly features a lot of televised crying, backstabbing, trash-talking, and teen girls tearing each other down to vie for the love of a prince they just met, the dystopian aspect is limited. Sure, there are periodical reminders of a shortage of makeup, perhaps even a lack of food, and a poorly explained caste system, but the protagonist is primarily concerned with portraying the love triangle between America Singer, one of the girls chosen to compete for the prince’s hand; Maxon Schreave, the awkwardly charming prince; and Aspen Leger, America’s childhood flame. But wait, isn’t there an unfair government and a society in shambles that should be analyzed? Nope, the flimsy world-building of “The Selection” would fall apart under that level of scrutiny.

The film adaptation of this One Direction fanfiction came out on April 12, so it’s best that you get fair warning about the content beforehand. Remember how One Direction was really just Harry Styles and the Other Guys? Well, Anna Todd obviously felt the same way, because a fictionalized version of Harry takes the spotlight in “After” as the brooding, tattooed bad boy who becomes the love interest of the goody-two-shoes protagonist, Tessa. Given that this work is targeted towards a young tween audience and that it has amassed over ten million views on Wattpad, an online writing platform, you’d expect the story to be wholesome and maybe even well-written. Wrong — “After” is an amalgam of problematic themes that romanticizes abusive relationships, normalizes slut-shaming, promotes hatred between women — the list goes on.

—Staff writer Miranda Eng can be reached at miranda.eng@thecrimson.com