Style Trumps Substance in ‘The World Is Yours 2" 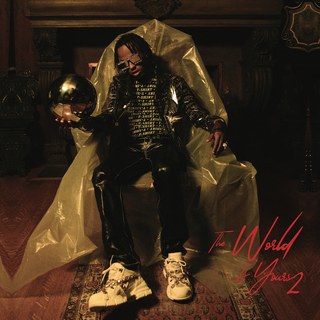 Rich the Kid's "The World is Yours 2." By Courtesy of Interscope Records/Rich the Kid
By Vivien L. Tran, Contributing Writer

For an artist who claims to be the “hottest rapper out of New York,” Rich the Kid did not do himself any favors with his latest album, “The World Is Yours 2.” Released March 22, the 16-track ensemble consists of hard-hitting beats and vapid lyrics — a combination that pulls through when done right. Unfortunately, Kid’s newest album falls just short of the possibility. His first album, “The World is Yours,” premiered to mixed and positive reviews, with many citing Rich the Kid’s potential in upcoming albums. His sophomore album felt like more of the same. The songs are well-produced and braggadocious, but that is the extent of the album’s artistry. A chance for Rich the Kid to develop and add something new to the genre resulted in several powerful, slick beats and features that eclipsed the rapper’s presence on his own album.

“The World Is Yours 2” follows up on its predecessor with more assertions of fame, wealth, and power. Rich the Kid makes sure his listeners hear about his racks and Lambos in every single song. “They might say I’m trippin’, my bank account says different,” is just one of many iterations of the artist’s abundance of money. On other occasions, he graciously spends some of his lyrics on his prowess with women (“Bitches wanting clout and I ain't kissin' 'em / Since I first got them hundreds, I've been flippin' 'em”). At one point, one wonders if Rich the Kid does anything not pertaining to girls, money, and music. His lack of lyrical substance stands in stark contrast with the skills of most of the album’s features.

Big-name rappers and players of the hip-hop genre saturate “The World Is Yours 2” and enhance the album in ways Rich the Kid does not. Big Sean adds a verse in “Two Cups” and does not disappoint. His smooth, devil-may-care delivery of a story — even if it’s about his lack of heart — alongside an interpolated nod to Drake’s " God Plan" in the middle of his verse show off Big Sean’s prowess. The featured artist has a natural ability to give meaning and depth to what would otherwise be the common story of getting girls. In an entirely different way, rapper A Boogie wit da Hoodie outshines Rich the Kid with a verse in the track “Like Mike.” A Boogie wit da Hoodie raps about the very same things Kid does, but to greater effect. In his verse, he rhymes “gooey” with “Choo things,” dragging an “ooh” sound that he repeats to give the climax of his verse a charged ending. The expert use of internal and end rhyme in this particular verse, along with clear and lingering line delivery, makes it so clever and well done.

While Rich the Kid’s lyrics may disappoint, his beats definitely do not. One of the best parts about this album is the impressive production that lies behind many of his songs. Songs like “Splashin” and “Save That” feature a contrast between a deep bass drum and an airier and lighter woodwind instrument. The combination creates a gritty but mysterious ambience throughout the songs. This is prominent on the song “Woah," a mellow and melodic song that changes the pace of the album and adds a refreshing outlook on Kid’s lavish lifestyle. While Kid raps most of his lyrics, he also sings certain words or phrases, encouraging the soothing tone of the song. One of the more interesting songs in terms of sound is “Like Mike,” as dissonant note after note punctuate the beat of the song, emphasizing each line and particularly, each word landing on the beat. The underlying discordant sounds stick around long after the song ends.

While the production is great, it ultimately does not cover the shortfalls of Rich the Kid. He has the confidence, the money, and the lifestyle, but the prominence of featured artists highlight the problem: Kid does not have the uniqueness that others possess to stand alone and still be interesting. The better songs in his album are the ones with guests like Offset or NBA YoungBoy; alone, it is harder for Kid to add something new. While there are exceptions like “Splashin,” Rich the Kid primarily makes music good for energizing a party crowd. Until he breaks out of the box he’s in, he’ll only be a trap rapper with a beat that slaps — until it’s forgotten.