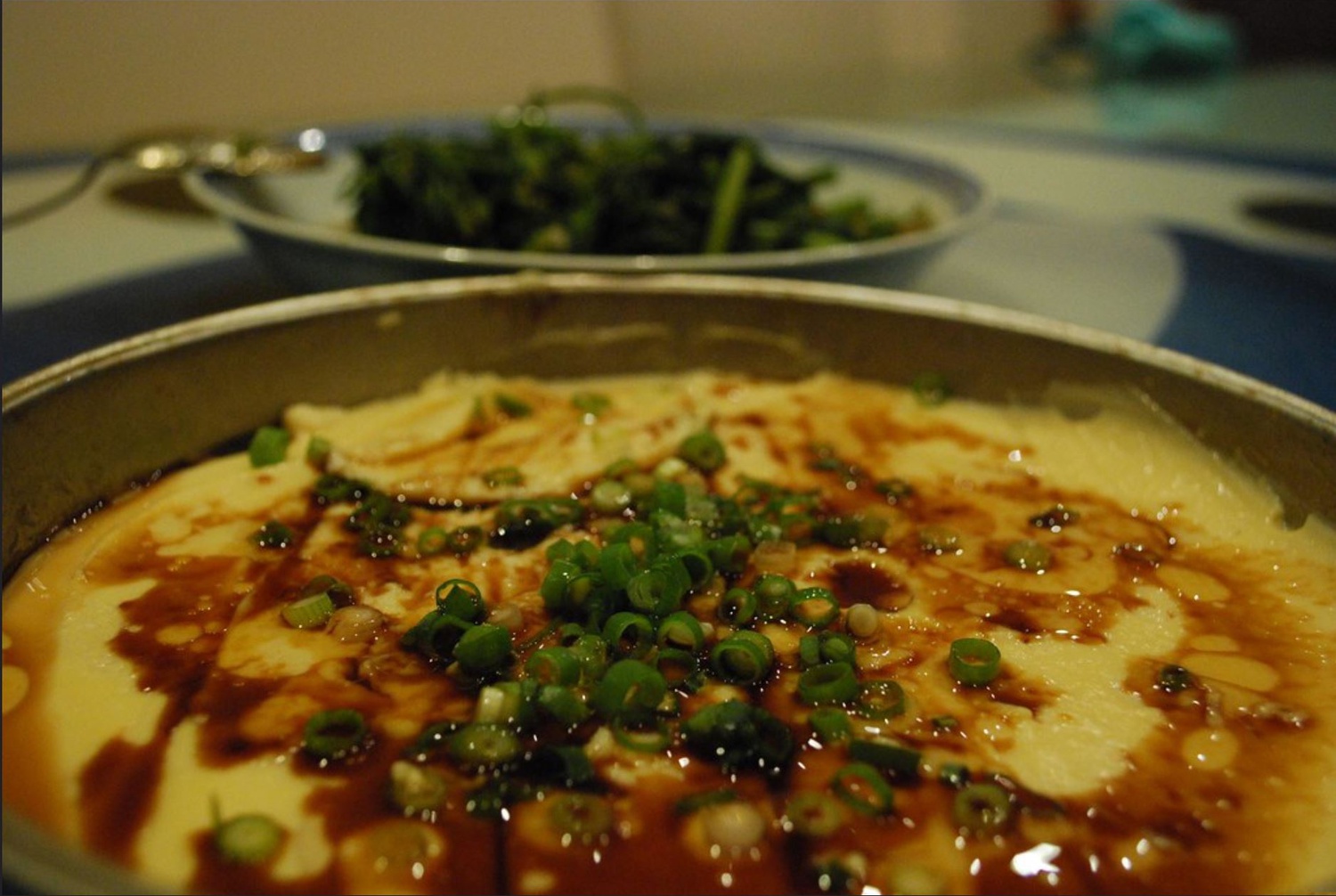 By Courtesy of Alpha
By Jess L. Eng, Contributing Writer

Have you ever tasted a soy and oyster sauce omelette? I never had, until one day, while scrambling eggs, cheddar cheese, and red peppers, my eyes darted to the soy sauce and oyster sauce peeking out behind olive oil on the spice rack. This combination of flavors never occured to me before, but in that moment, I didn’t question my decision to douse the scramble with either sauce. Swirling the spatula, I became overwhelmed with delightfully nostalgic feelings, like warm memories of cracking eggs onto a frying pan and fighting over dim sum dishes with my sister. While happily chewing on my omelette, I wondered if by adding dashes of soy and oyster sauce, popular Chinese ingredients, I could call my cheesy egg scramble Chinese, or at the very least, Chinese-influenced.

From a young age, I’ve naturally distinguished between Chinese dishes, Chinese American dishes, and American dishes. These variations, between dishes such as mapo tofu, crab rangoons, and burgers, seemed straightforward to me. However, I recently began to question my right to make these associations. Where did my confidence in defining foods under labels come from in the first place? Do certain sauces or spices or the absence of other ingredients make a dish inherently Chinese? Or do labels come from the Chinese chefs preparing the food?

Much like the varied experiences of Chinese Americans in the United States, no particular ingredient, chef, or experience can decisively define Chinese American cuisine. The terms “Asian American” or “Chinese American” have been widely adopted by families and communities across the country. Despite its ubiquity today, arriving at these universally recognized terms has been a half-century old battle, and one frequently left out of history books. Up until the late 1960s, many Americans referred to products, businesses, or people coming from East Asia as “Oriental” or “exotic”. The terms found their way onto storefronts, menus, and even my mom’s SAT problem sheet. Frustrated by the West’s portrayal of East Asian people, Yuji Ichioka, an Asian-American historian and ethnic studies activist, coined the term “Asian American” in 1968 to discharge the patronizing and imperialist terms. To the delight of many activists, the terms “Asian American” and “Chinese American” soon replaced the condescending terms of the earlier half of the century, and eventually assumed visibility on restaurant awnings.

Restaurants opening up in the past few years have uniquely marketed their food as Chinese American, in many ways that diverge from its original definition. In Boston, Chef Irene Li’s Mei Mei advertises its beef and broccoli scallion pancake sandwiches and smoked haddock fritters. Danny Bowien’s Mission Chinese Food populates their menu with Kung Pao Pastrami and Sichuan Carbonara. Not only does their Chinese American food draw from personal experience growing up in a diverse country and favorite non-Chinese dishes — it’s tasty too. By challenging previous assumptions about the creative limits of food, these chefs are further expanding how people consume and view Chinese American cuisine, as they righteously should be.

New endeavors in Chinese American and fusion cuisine have opened tremendous new doors for chefs and have expanded the tastes of foodies in the United States. It is also unfair to discredit and disrespect the history Chinese American food that allowed it to gain its national platform. In early April, food media writers unleashed a flurry of articles condemning nutritionist Arielle Haspel, the owner of NYC’s newly opened Chinese American restaurant Lucky Lee’s. In a since-deleted Instagram post, Haspel claimed to healthify Chinese food. “We heard you’re obsessed with lo mein but rarely eat it. You said it makes you feel bloated and icky the next day? Well, wait until you slurp up our HIGH lo mein. Not too oily. Or salty,” she wrote. Lucky Lee’s portrayal of Chinese food highlights the importance of thinking intentionally about Chinese American food, history, and the ways we choose to transform and market it.

Chinese American and American chefs today have redefined the boundaries of Chinese American culture through the lens of their own upbringings; their cuisine reflects the changing demographics of the United States. The next time you whip up some non-Chinese food with hoisin and XO sauce, know that it is a testament to the possibilities of diasporic cuisine.

A previous version of this article misspelled Danny Bowien's name.