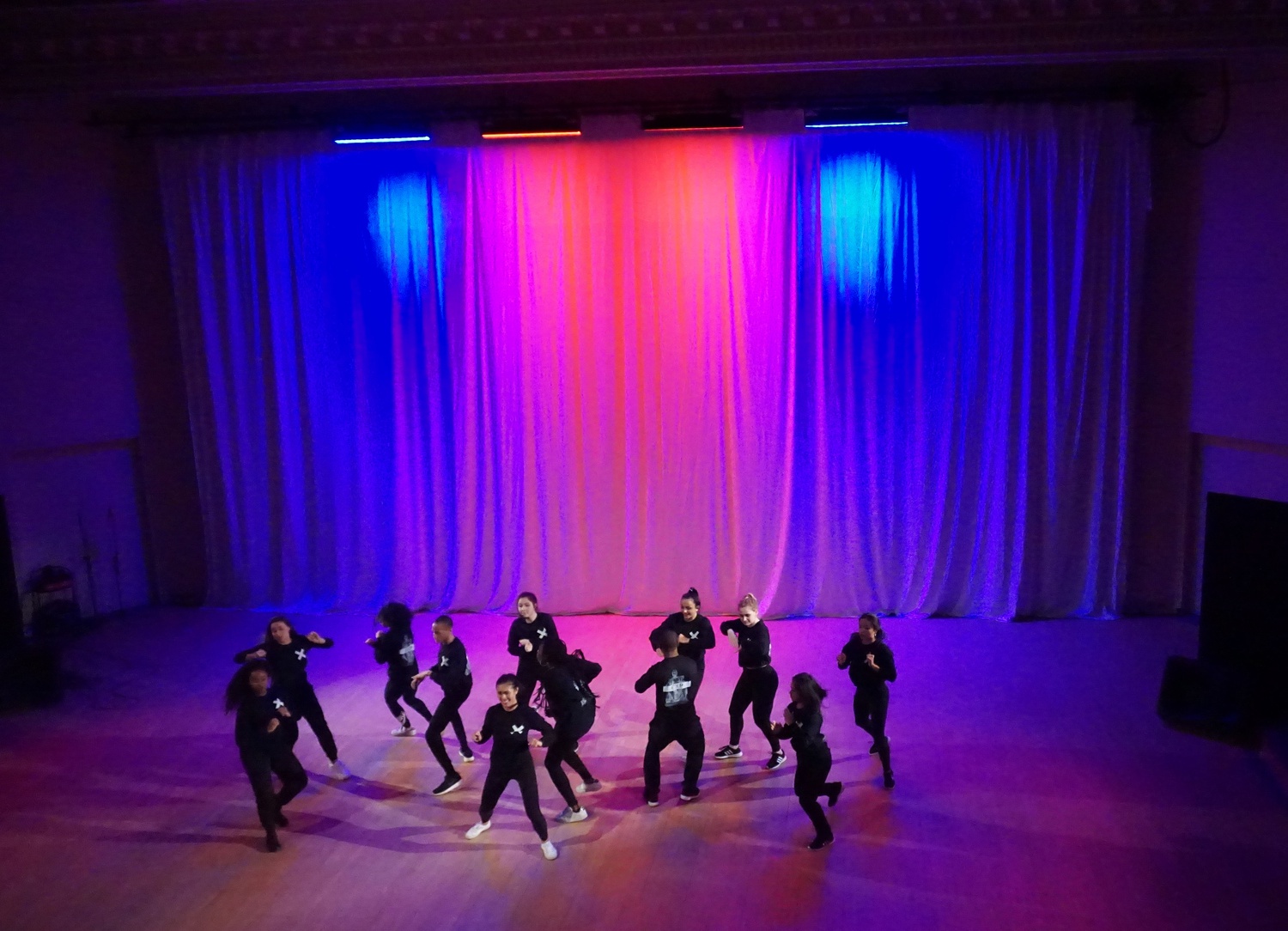 An inevitable part of watching any Expressions show — for mere mortals, that is — is the slight feeling of awe. Just how, exactly, do any of the roughly 100 dancers do that? There’s the additional feeling that any of their hip-hop based pieces, with the entire cast assembled on stage, could intimidate someone into silence within seconds. And it’s true: They probably could. Yet this season, an undercurrent of vulnerability reverberated through the stories the dancing conveyed in each piece — especially the ones that were Harvard-related. Yes, sometimes the crisp movements seemed to look very similar from one piece to the next, but this vulnerability about students’ relationships and encounters on a campus that can sometimes feel empty even when friends pass each other from one class to the next, was new, welcoming, and riveting.

If doing a backflip across the stage or twerking were punishable by expulsion, the dancers prove it would still be worth it. They moved together in perfect synchronization. The more successful pieces like “B.B.B” blended other styles of dance, such as ballet, with the otherwise at-times frenetic splits and clean lines formed from expert control over hands and feet. Members of EXP, the selective sub-company of the larger company itself, performed “Dkyuso, Queen of this Wine” with twitchy limbs that were one highlight of the evening. The amazing braggadociousness of “God’s Gift” was another.

Interestingly, the best performance was not a piece choreographed ahead of time, but rather an intermission of sorts. This show’s emcees, Michael J. Phillips ’20 and Milton K. Dorceus ’20, came back to emcee for the second semester in a row, and, as is customary, invited three audience members to show off their own improvised choreography. Inevitably the quality of the dances vary with who is called onstage, but at least during the 5:00 p.m. show, it was difficult to name a winner. If the crowd was roaring during the first short performance, it was deafening during Leah A. Smart ’21’s impromptu drop to the floor — which sent Phillips himself running around the stage — and supportive beyond comprehension when a father-daughter duo gave everything they had to “Baby Shark.”

Most notable and striking were “Overheard at Harvard,” choreographed by Daniel Lu ’20, and “dUuDE,” choreographed by Noah B. Ramos ’21 and Peter “PJ” A. Jankowski ’21. “Overheard at Harvard” acted out excerpts of conversations that could have been easily overheard on Harvard’s campus or posted to the Facebook group of the same name and wove them between each song that formed the piece’s track listing. If the character who received an A- on the first Expos paper of the semester wasn’t relatable, another character’s ability to mock that person (you know who you are!) was. Ramos and Jankowski’s approach was more philosophical but not less engaging than that of “Overheard at Harvard.” Between worrying about exams, catching feelings for someone, or dealing with mental health issues, the piece tackled it all — and the differences in each part of their choreography showed it.

Though similar in aesthetic to performances from the past two years (dark costumes, intense gazes, toned everything), the Spring show took that aesthetic and recontextualized it amid Harvard’s emotional and memeable (read: the Expos paper) landscape. This year’s performers included students from Harvard Medical School and Cambridge Middle School, running the gamut in terms of age while presenting a consistently jaw-dropping display of talent. Of course, it takes a unique confluence of factors, like the four guests who surprised the audience with skills of their own, or the two returning emcees, to inspire such levels of awe. Even the intimidating alternation between fluid movements and sharply-angled joint movements were inspiring: Likely, more than one person walked out at the end thinking, “Maybe I should try that too.”