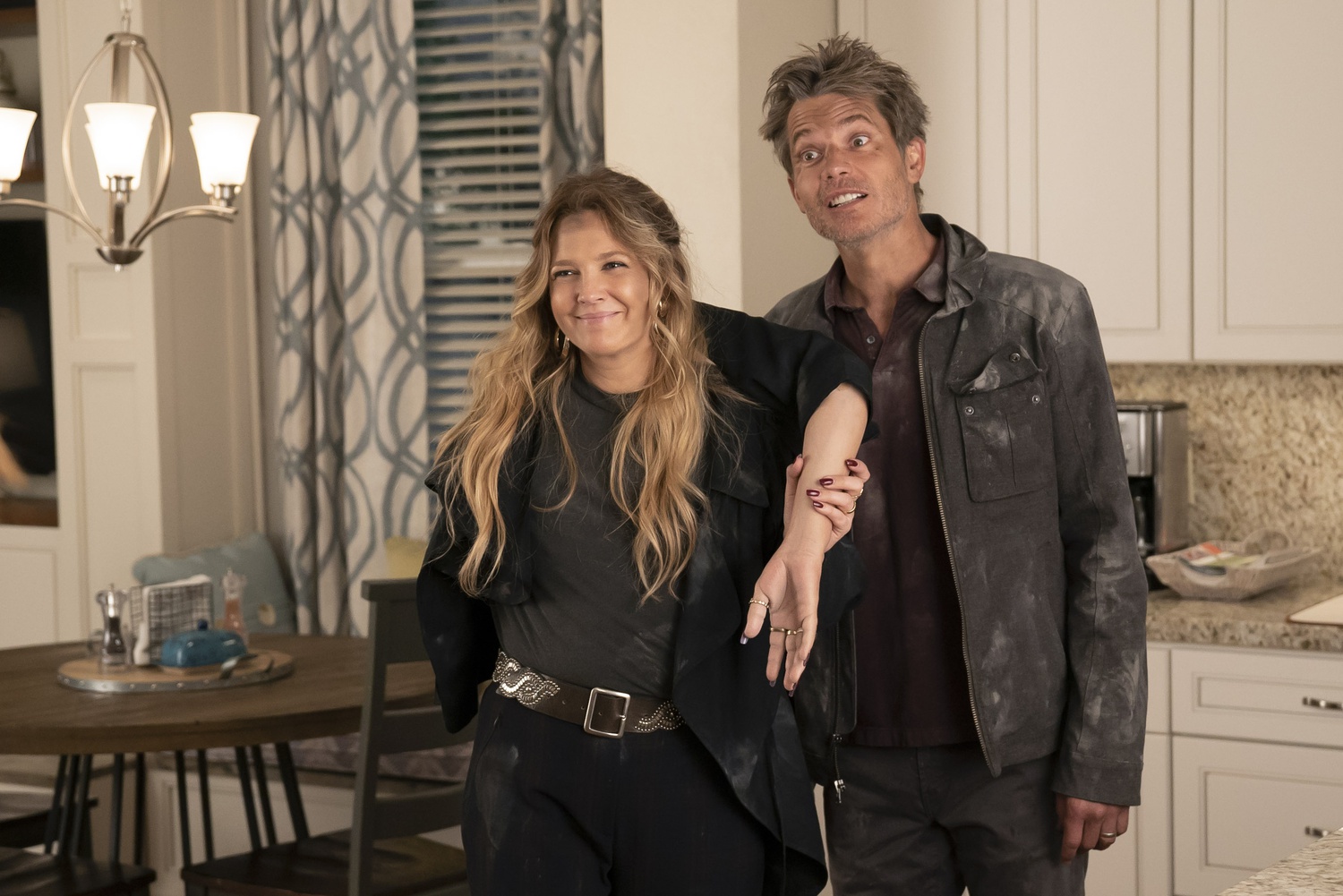 This review contains spoilers for the third season of "Santa Clarita Diet.”

Unlike other zombie shows, “Santa Clarita Diet” never takes itself too seriously — a feat made obvious throughout the recently aired third season of the show. Starring Drew Barrymore as the realtor turned zombie and Timothy Olyphant as the co-realtor turned husband-of-zombie, the third season of this Netflix original series features undertones of race, politics, religion, and romance through jokes so awful, viewers cannot help but laugh.

Season Three begins with a whirlwind overview of the first two seasons in which viewers are thrust back into the hectic lives of main characters Sheila (Barrymore) and Joel Hammond (Olyphant) and their daughter Abby (Liv Hewson). The new season introduces a new set of antagonists, a zombie hunting group/cult called “the Knights of Serbia” as the Hammonds return to the home they fearfully vacated at the end of Season Two. This means the return of Eric Bemis (Skyler Gisondo), their socially awkward but extremely loveable neighbor and Abby’s best friend. Much like its first two seasons, this new season is inexplicably weird, yet enjoyable. Through its corny one liners, profanity riddled insults, awkward teenage social interactions namely Abby and Eric’s “will they, won’t they” relationship, and gory depictions of cannibalism, Season Three works both as a zombie show and a politically charged social commentary.

Season Three focuses on a number of distinct and easy-to-follow subplots that all intertwine at one point or another. One of these subplots follows the aftermath of Abby and Eric blowing up a fracking site together in environmental protest. Another focuses on Joel trying to join “the Knights of Serbia” in order to protect Sheila. Simultaneously, an unrelated subplot centers on Sheila’s own existentialism and inner turmoil as she contemplates whether her newly immortal life has any meaning. All the while, Sheila and Joel work hard to prevent a rogue mental hospital patient from spreading the zombie virus, stop the murder of a fellow realtor, avoid a devout Christian police officer who thinks Sheila is a messenger of God, and build up their new real estate business with the help of a living decapitated head.

It is through these (many) subplots that “Santa Clarita Diet” successfully manages to hold viewers for an easily bingeable, 10-episode third season. Barrymore and Olyphant’s on-screen relationship is so ridiculously unusual, yet built out of a deep, undying love that it almost makes the viewer wish that they were one half of this zombie-human realtor couple living in Southern California. On the other hand, while their relationship is so idealistic, in episodes such as “Zombody,” Sheila and Joel are forced to tackle the specific issues of a mixed-status zombie-human relationship. The arguments between the pair revolving around Joel’s decision to not become a zombie are reflective of couples who are unsure of their future and in which one partner may not understand the other. This relatability ultimately helps ground this otherwise fantastical show.

While Joel and Sheila deal with their marital issues, the on-screen friendship fostered by Abby and Eric remains an awkward yet painfully accurate depiction of high school friends developing feelings for each other. As the two friends face the consequences of their illegal actions from the previous season, they also deal with their unacknowledged love for each other. Things only complicate further when Abby makes a new friend and drifts apart from Eric. All the while, they are also burdened with protecting Sheila’s secret, fending off Eric’s jealous zombie ex-lover, and applying to college.

In the final episode of the season,“The Cult of Sheila,” events of the previous nine episodes are all satisfactorily resolved. However, despite the seemingly happy ending of the third season, in true “Santa Clarita Diet” fashion, the last episode concludes with an unexpectedly disturbing but oddly comedic cliffhanger, leaving viewers impatiently anticipating a still-unconfirmed fourth season.

The relatable relationships, intersecting subplots, implicit social commentary, and inappropriate humor are what make the latest season of “Santa Clarita Diet” so mindlessly entertaining. Shows that don’t take themselves too seriously while also providing viewers with some sort of substance are exactly what television needs and this underrated Netflix original fills this void. A cross between horror and comedy, “Santa Clarita Diet” not only upholds both these genres but also does them justice through its raunchy, scary, funny, and outright ridiculous third season.