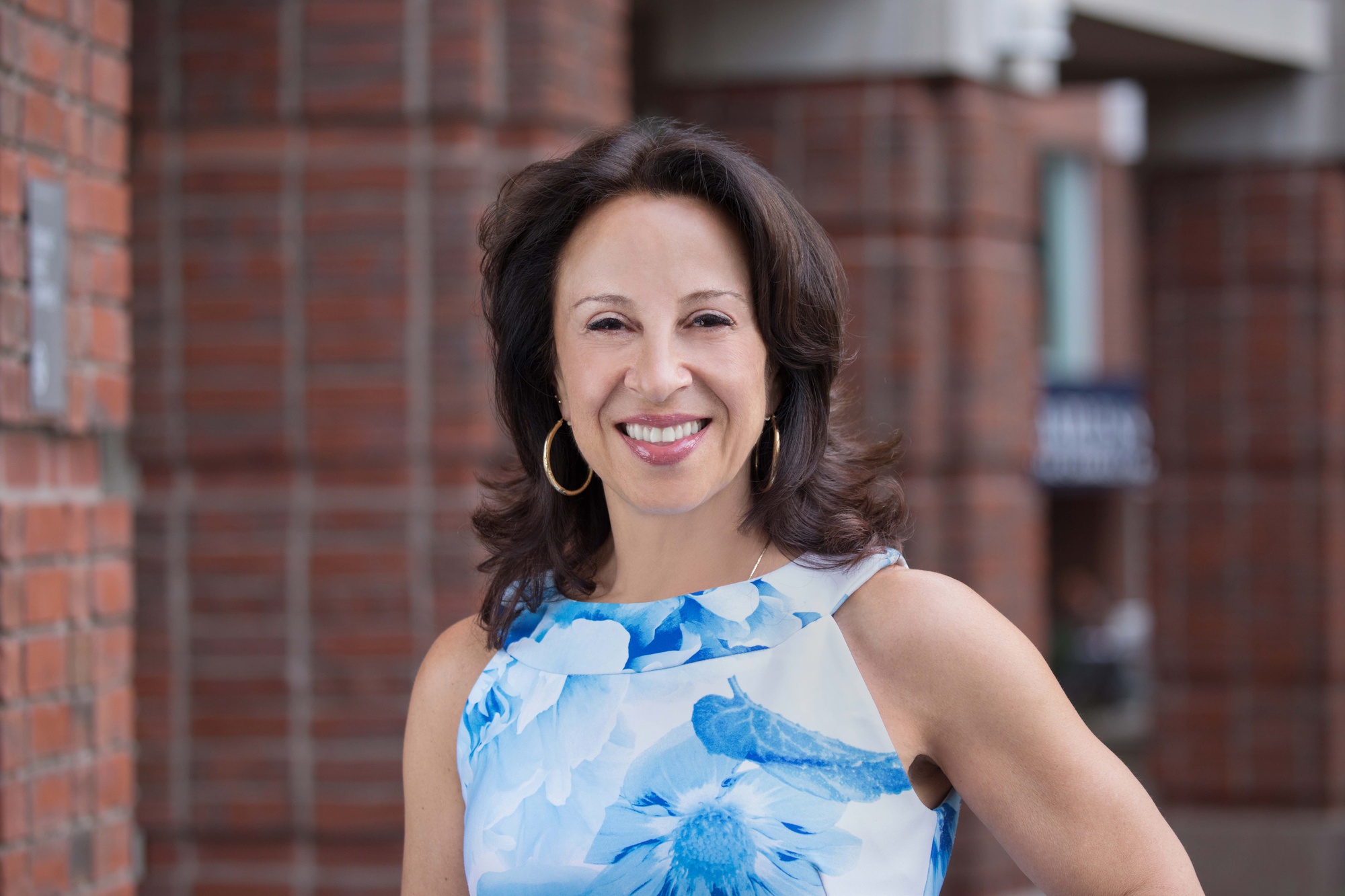 Listening for Humanity at the Margins

A fellow at the Harvard Kennedy School’s Shorenstein Center on Media, Politics and Public Policy, Maria L. Hinojosa speaks with FM about her groundbreaking career in journalism.
By Hannah C. L. Ezer and Elyse D. Pham

Maria L. Hinojosa rummages around in her purse for a moment before finding a few folded sheets of lined paper. It’s a letter from Estrella, a transgender, undocumented Mexican woman currently serving eight years in a maximum security men’s prison. Hinojosa carries the letter around with her everywhere, along with a recorder for whenever Estrella calls — the last instance was at 11:30 p.m. the night prior.

“This is a story that I’m passionate about,” says Hinojosa, explaining her choice to feature Estrella in an upcoming documentary project. “Telling a story about [who] might be perceived to be the most unimportant person in our country. She’s trans, queer, formally deported, has a criminal record… yet part of what I’m trying to do is to humanize her.”

A fellow at the Harvard Kennedy School’s Shorenstein Center on Media, Politics and Public Policy, Hinojosa speaks with FM in her campus office on a Tuesday afternoon. Her embellished purple blazer and velvety black pants radiate a warm, vibrant professionalism.

Hinojosa is an award-winning journalist — she has won four Emmys for her work on everything from poverty in Alabama to her former talk show, “Maria Hinojosa: One-on-One.” Today, she anchors and produces NPR’s program Latino USA, which she says is one of the only Latina-run newsrooms in the United States. Her professional work in media began in 1985, when NPR hired her as their first Latina intern; however, she still credits her career success to her start at Columbia University’s radio station when she was an undergraduate at Barnard College.

Yet journalism wasn’t always Hinojosa’s plan. Growing up, she didn’t recall seeing any women of color represented in the news media: “Like, zero in the United States of America that I could see,” Hinojosa says. So when she landed the job at NPR, she felt that an “extraordinary amount of privilege and responsibility” accompanied being “the first.”

“I think that is what pushed me to bring my whole self into the newsroom, because I understood that I had been invisible for the entirety of my life at that point,” Hinojosa says. “I was in my early twenties — I wanted to stop the invisibility and I wanted to be a part of making sure that that invisibility stopped.”

Now, Hinojosa continues to center her career on the stories of marginalized people — people like Estrella.

“What attracts me to a story, I think, is probably humanity,” Hinojosa says. “Wanting to get the humanity of a person who I’m interviewing and also to create a sense of humanity for all of us, because none of us are going anywhere and we’ve got to figure out how to live together.”

Though Hinojosa is a journalist with purpose, she does not consider herself an activist. She explains that, despite the way she is sometimes described, as a journalist of color and “especially as a Latina, as a Mexican, as an immigrant, as a woman journalist, it’s very problematic for me to be labeled as an activist, because that takes away my credibility.”

Hinojosa’s experiences in the world of journalism inspired her to found her own non-profit production company, Futuro Media Group. Its website voices a commitment to “producing ethical journalism from a POC perspective and representing the new American mainstream.” After noticing the lack of diverse voices in newsrooms, she hoped to create a space for journalists of color, who compose 79 percent of its editorial staff.

Futuro Media attempts to embody “community-based journalism,” seeking journalists outside of conventional hubs like Los Angeles and New York City. Hinojosa feels that this highlights the work of journalists in often underrepresented communities. The organization then produces audio and visual programming which is distributed by networks like NPR. Among those is her own show, “Latino USA.”

“I wanted to create a newsroom that was a majority people of color newsroom, that reflected who we are in the United States — so that’s what I did,” she says, referencing the inception of “Latino USA.”

As a professor of Latin American and Latino Studies at DePaul University, Hinojosa often meets students who feel tired of explaining themselves and their identities. While her work is dependent upon marginalized people sharing their stories, she knows from her own experience that doing so is not easy. “Not every day are you going to be able to do that kind of teaching [about identity],” she often tells her students. “Not every day are you going to feel completely optimistic.”

Still, she encourages students to continue sharing their stories nonetheless. “The only other thing that I say is, ‘What’s the alternative?’”