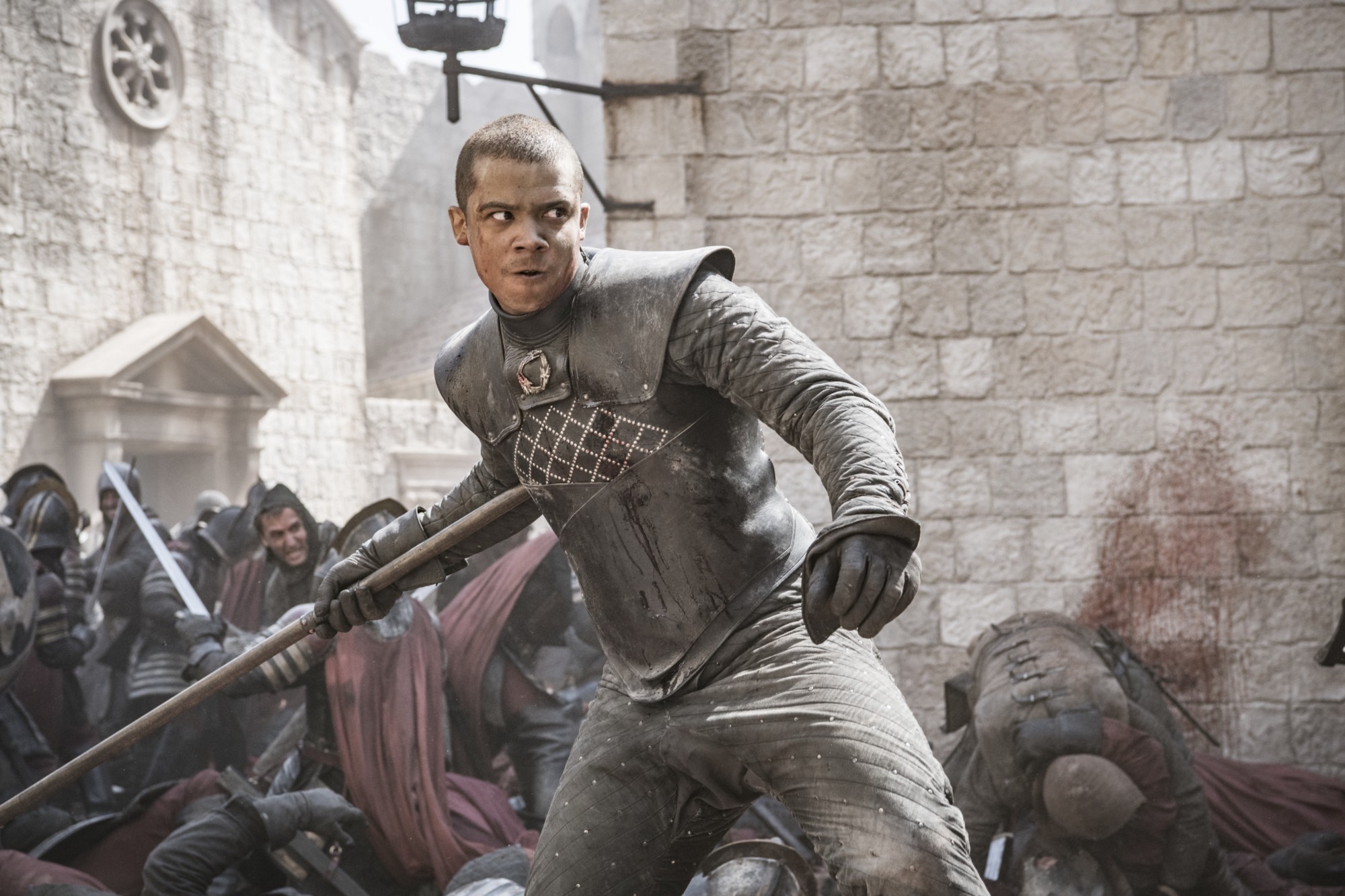 Jacob Anderson in the fifth episode of the final season of "Game of Thrones."
By Caroline E. Tew, Crimson Staff Writer 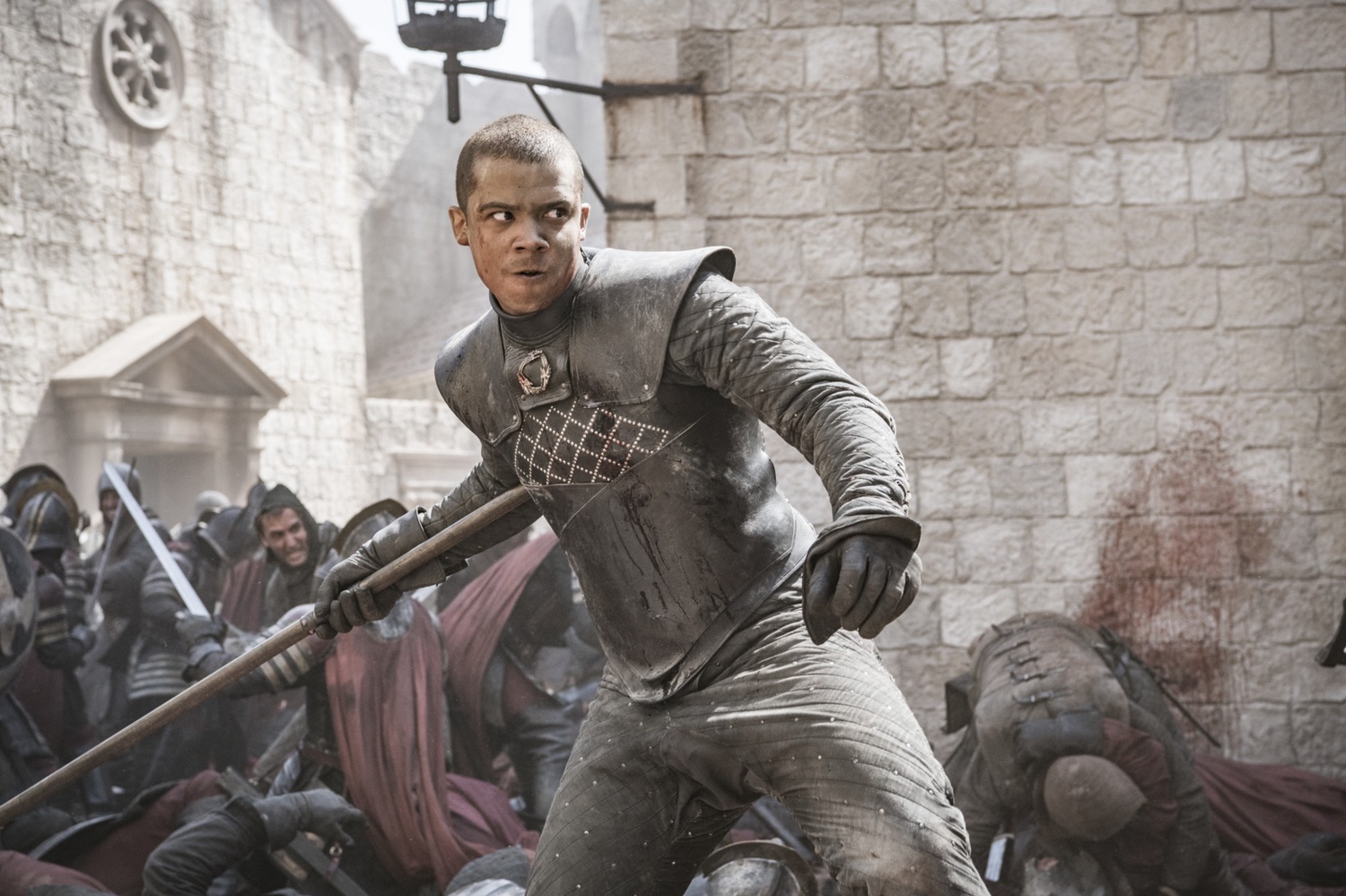 Jacob Anderson in the fifth episode of the final season of "Game of Thrones." By Courtesy of Helen Sloan/HBO

Although the making of the Battle of Winterfell in “The Long Night” was anticipated to be the most epic episode in the days leading up to its premiere — with constant references to the nearly 11 weeks of nighttime shoots — the battle at King’s Landing in the most recent episode far surpassed it. Where The Battle at Winterfell was extremely dark and far too dependent on action scenes of extras, the fight at King’s Landing was expertly filmed and written. Although no episode is perfect, this one was close: Finally, fans get the episode they deserve.

After the death of Missandei in the previous episode, most fans expected Daeny to snap, and snap she did. In the fashion of her father, the Mad King, she decides to burn them all — civilians included — despite the fact that the city has surrendered. However, in the seconds before Daeny makes the decision to attack the innocent people of King’s Landing, the camera expertly cuts to Tyrion as he looks between the bells that signal surrender and Daeny poised on her dragon ready to strike. Tension rises as the audience, along with Tyrion, hopes the bells ring before Daeny can move. When they do, a collective breath is released, until fans see Daeny’s face as she stares at the Red Keep, the palace her family built all those centuries ago. Even though most speculated that Daeny would turn to unnecessary violence, the moment she takes off with Drogon to burn the city is breathtaking and shocking.

The episode also edits scenes in a way that gives poetic justice to Arya and the Hound’s strange relationship. The two push their way against frantic civilians to the Red Keep in the hopes of revenge. However, in a touching scene, the Hound tells Arya, “You come with me, you die here,” to which Arya responds, “Sandor. Thank you.” This simple dialogue speaks volumes as these two gruff characters acknowledge their relationship for the last time. As the Hound fights his brother, the scenes seamlessly transition between the brawl and Arya’s travels through the streets to safety. When the Hound is thrown against a wall by the Mountain, the camera cuts to Arya thrown against the wall by the crowd. Not only do fans finally get the CleganeBowl they have wanted for years; they get it expertly woven into the episode forever connecting the two unlikely companions: Arya and the Hound.

But not everything can be perfect. Jaime and Cersei finally meet their end in each others arms as the castle falls on top of them. For Jaime, this ending makes sense. For Cersei, however, it doesn’t. There is something to be said for Jaime’s character arc: Even after he seems to have reformed, forgotten Cersei, and become a better man, he realizes that he will always do the wrong thing if that’s what Cersei wants. The presentation of a clear path to redemption that is ultimately not taken is very much in line with the style of “Game of Thrones.” While fans’ hearts break for Brienne, there is something so honest about Jaime’s arc. While Jaime’s death feels right — after all, he told Bronn in Season Five that he hoped “to die in the arms of the woman I love” — Cersei gets off far too easy. As a tyrant and major antagonist, Cersei’s death in the arms of her brother as she softly weeps seems far too simple. After all the brutal murders fans have witnessed, many at the request of Cersei herself, watching her hold Jaime as rubble falls around her is fairly anti-climatic. Part of this may be because there is no direct murderer, no one character that wielded the sword or poured the poison. Cersei is killed because she stayed too long in her tower and couldn’t manage to escape her own castle. As one of the most evil and complex villains on TV, she deserved far more.

At the beginning of “The Bells,” Varys turned to Tyrion moments before his execution to say, “Goodbye old friend.” Next week as fans sit down to watch the final episode of “Game of Thrones,” they will say the same.